Putin receives Erdogan - that's what the autocrat meeting is about

Kremlin spokesman Dmitry Peskov said he did not know if Vladimir Putin would manage to swim in the Black Sea during his stay in Sochi. 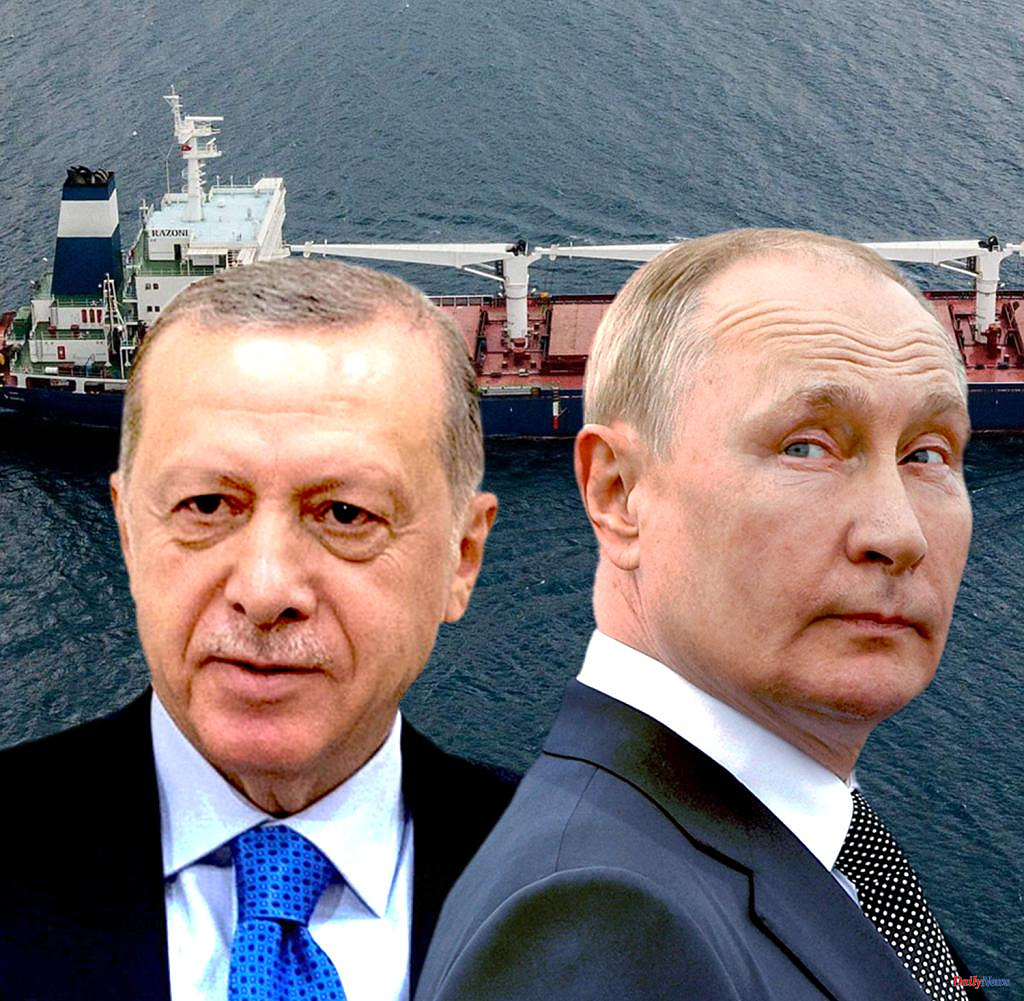 Kremlin spokesman Dmitry Peskov said he did not know if Vladimir Putin would manage to swim in the Black Sea during his stay in Sochi. The Russian President is unlikely to have much free time this Friday. As usual, the meeting with Turkish head of state Recep Tayyip Erdogan in Putin's summer residence Bocharov Ruchey is likely to start with a delay and last for hours. The two autocrats will talk about these topics:

Officially, the Black Sea Wheat Corridor will be high on the agenda in Sochi. The grain deal is a major diplomatic victory for Erdogan. Brokered by Turkey and the United Nations, Russia and Ukraine signed an agreement in late July that should pave the way for the release of 22 million tons of grain and other agricultural products stuck at Black Sea ports because of the Russian invasion. At the beginning of the week, the first freighter left the Ukrainian port city of Odessa.

If the agreement holds, it will be an important step in the fight against the global hunger crisis, which has been exacerbated by the Russian attack on Ukraine and the blockade of its ports. Erdogan's position as a successful mediator vis-à-vis both the West and Russia is also strengthened.

Moscow is also benefiting from the deal, as Russia is calming the concerns of its partners in the Middle East about a new “Arab Spring” triggered by rapidly rising food prices. In addition, parallel to the wheat corridor, Moscow has negotiated simplifications for its own grain and fertilizer exports with Brussels and Washington.

According to Moscow, a factory in Zaporizhia in eastern Ukraine, which is to supply engines for future Bayraktar drones, has been bombed. Although Ankara insists that the relationship is purely business, nobody in Moscow believes it: Baykar's chief engineer Selçuk Bayraktar is married to Erdogan's youngest daughter Sümeyye.

For Erdogan, however, another issue should have priority: the situation in Syria. For months he has been talking about a new military offensive in the north of the country. He wants to take official action there against Kurdish groups that are listed as terrorist organizations in Turkey.

For such an action, however, Erdogan needs Moscow's approval, because Putin is the closest ally of the Syrian dictator Bashar al-Assad. The Turkish President wanted to catch up with this a good two weeks ago in Tehran at a tripartite summit with Putin and Iranian President Ebrahim Raisi. But he failed. It is obvious that he will now try again.

The timing is good because Putin is on the defensive because of the war in Ukraine. He has already had to move soldiers and mercenaries there from Syria; in addition, supplies for his troops in the Middle East are more difficult because Turkey has blocked the airspace for Russian troop transports to Syria.

In Tehran, however, the head of the Kremlin demonstrated solidarity with Ayatollah Ali Khamenei – especially on the subject of Syria. Both rulers warned of serious consequences of a possible Turkish offensive in northern Syria.

This is likely to provoke a crisis in NATO. The US Department of Defense fears that the IS terrorist militia could gain strength if Kurdish fighters are tied down by a Turkish attack. The Kurdish militia YPG, for example, was a close American ally in the fight against the Islamists. During the last major offensive in 2019, the scientific service of the Bundestag found the Turkish approach to be contrary to international law.

In the field of energy, not everything between Moscow and Ankara is free of conflict either. On the one hand, Russia's construction of the Akkuyu nuclear power plant in southern Turkey is progressing well. Moscow has pledged a further $15 billion for the final phase of construction, with the first reactor scheduled to start up in 2023 – Russia is bearing the construction costs and wants to make a profit from the sale of electricity alone.

On the other hand, the Russian nuclear company Rosatom recently canceled a contract with the previously responsible Turkish construction company and gave it to a company controlled by Russian investors.

There are also difficulties in the gas sector. Ankara is now feeling its dependence on Russia like never before: Gazprom covers 45 percent of Turkey's gas requirements and – like the Europeans – has to live with uncertain imports.

In May, Gazprom halted Turkey's most important pipeline, Blue Stream, for ten days for "maintenance work" with an announcement just two days earlier - just as Ankara was positioning itself on Sweden's and Finland's NATO accession. If in doubt, Putin also has a powerful weapon in hand against Erdogan with gas exports.

The United States has long been reluctant to sell arms to Turkey. Ankara dropped out of the F-35 fighter program after buying the S-400 air defense system from Russia. Now the government is trying to get F-16 jets, but Congress is stonewalling. From the American perspective, the NATO partner has become too unpredictable.

Turkey likes to boast that it has alternatives to the West. Defense Minister Hulusi Akar said on Monday that the world "has gotten bigger and so have our opportunities."

Observers assume that this alludes to potential further cooperation with Russia in the field of defense technology. Some components of the S-400 system will soon be manufactured in Turkey. Last year Erdogan announced the purchase of further S-400 systems.

Putin is also said to have suggested in Tehran to build a Turkish drone factory in Russia, CNN Türk reported. An explosive proposal, because in the Ukraine war the Turkish Bayraktar drones have become a symbol of the fight against the Russian invasion.

The head of the drone manufacturer, Haluk Bayraktar, also told the news channel that his company would not sell the drones to Russia. “Turkey supports Ukraine with combat drones. We would never do that." 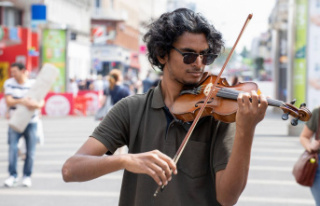 True experiences: He wore pizza socks and had sex...