Her much-noticed protest on Russian state television could bring the war opponent Marina Ovsyannikova up to ten years in prison. 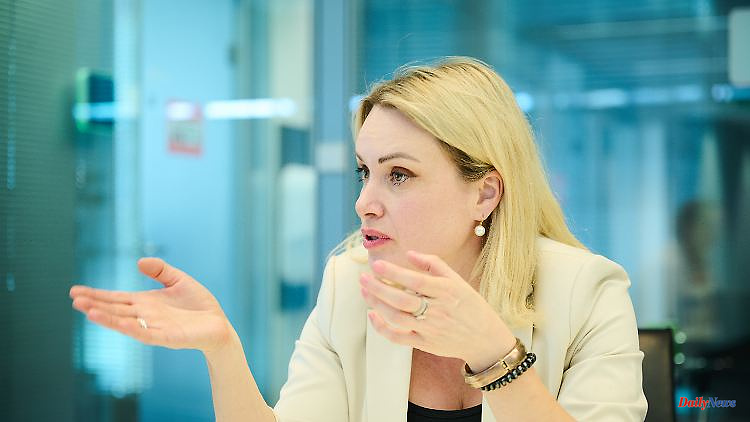 Her much-noticed protest on Russian state television could bring the war opponent Marina Ovsyannikova up to ten years in prison. Before the trial begins, she escapes from house arrest and instead demands that Kremlin chief Putin be chained.

Former Russian TV editor Marina Ovsyannikova, known for her criticism of Russia's war against Ukraine, says she has escaped from house arrest. The 44-year-old wrote on the Telegram news service: "I consider myself completely innocent and since our state refuses to abide by its own laws, since September 30, 2022 I refuse to comply with the coercive measure imposed on me in Form from house arrest, and I'm releasing myself from this one."

According to earlier information, the house arrest was initially scheduled until next Sunday. Ovsyannikova is now on a wanted list. The detention is part of a criminal case in which she is charged with spreading alleged misinformation about the Russian armed forces. According to the Interfax agency, she faces between five and ten years in prison. The former journalist initially gave no information about her whereabouts.

The employee of the First Channel of Russian state television, who had previously been considered loyal to the line, held an anti-war poster into the camera in a news program in mid-March. After that she stayed abroad for a few months and worked temporarily for the German newspaper "Die Welt". In mid-July, within sight of the Kremlin, they again protested against the war. During the period of her house arrest, the investigators, citing Defense Minister Sergei Shoigu and his spokesman Igor Konashenkov, tried to pretend that not a single child had died in the war in Ukraine, Ovsyannikova wrote. "We all know that these two gentlemen have not been at the front a single day and have no idea of ​​the number of civilian casualties."

In a speech on Telegram, Ovzyannikova showed herself sitting on a sofa and pointed to her ankle bracelet. She said: "Dear comrades in the penitentiary service, put such an ankle bracelet on President Putin. It is he who should be kept away from society. He should be convicted of the genocide of the Ukrainian people and the mass murder of Russian men."

1 Scold Denmark and Sweden: Russia wants to be involved... 2 US countermeasures possible: OPEC countries cut oil... 3 Haug wants the Ironman triumph: return to paradise... 4 Practices remain closed: Hundreds of panel doctors... 5 Number 1 for videos: The iPhone 14 Pro has the second... 6 Baden-Württemberg: Croatian Sosa back in Stuttgart... 7 Bavaria: 87-year-old drives on the Autobahn with an... 8 Mecklenburg-Western Pomerania: woman stabs partner... 9 Hesse: Online survey on the House of Democracy in... 10 Baden-Württemberg: Run over a wolf from the Alps... 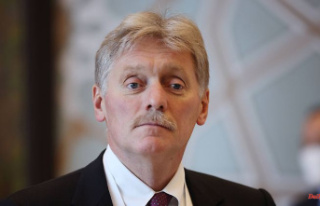 Scold Denmark and Sweden: Russia wants to be involved...