Anyone in Russia who criticizes their own armed forces is risking their freedom. 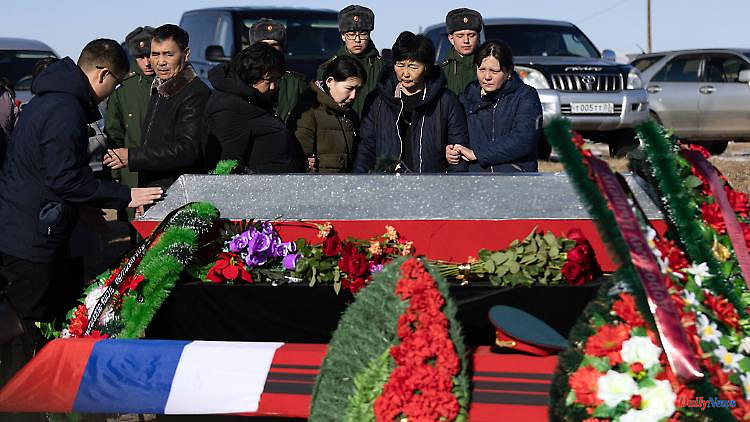 Anyone in Russia who criticizes their own armed forces is risking their freedom. Nevertheless, several members of the soldiers fighting in Ukraine are now publicly denouncing abuses in the army. But some of them have nothing against "special operations," as they call the war.

In the Russian republic of Buryatia, several women sent a video appeal to the regional administration and demanded the return of their husbands from Ukraine. The soldiers were sent to Belarus for "exercises" in January and are currently in Ukraine, the women said in the video. "You have been participating in the special operation since February 24. You are mentally and physically exhausted." According to the women, the men have been in action for four months without interruption, some are injured or have a cold.

As reported by the news portal "Sibir.Realii", a Siberian branch of Radio Liberty, Vera Partilhaeva, one of the participants in the campaign, published the video on social networks. "The television does not make this scandal public! Everyone is afraid, they have been ordered to be silent!", According to the report, she is said to have written. In the post, the woman also addressed Buryatia's Prime Minister Alexey Tsydenov: "The death of every soldier in this unjust war will weigh on your conscience! We demand that our sons and husbands return home!" The post has since been deleted, but the broadcaster published the video on its site.

The appeal refers to soldiers from the Russian Army's fifth tank brigade, which is stationed in the Buryat capital Ulan-Ude. According to Partilhaeva, at least 30 soldiers from this brigade have already died in Ukraine. On the list of regions of origin of the Russian casualties, Buryatia is in second place behind Dagestan. BBC Russia reports at least 174 Buryats killed in Ukraine war. However, these are exclusively victims who are known by name and have been confirmed by the authorities. The actual number of victims is likely to be much higher.

"Our men are afraid of being court-martialed or fired," one of the women said anonymously in an interview with Radio Liberty. "They tell us that they themselves are horrified at how the special operation is dragging on and the carnage it has become. But they cannot stop them - they are being threatened," the woman explained in the interview.

In an interview with the broadcaster, some of the women stated that they did not think about the reasons for the "special operation" because they "have no interest in politics". They were only asking to replace their men with other soldiers due to "fatigue and illness," the report said.

Other women, on the other hand, are fundamentally opposed to the Russian attack and say their husbands did not know that they were going to war. "My brother was on an 'exercise', he didn't sign up for a war against another country," said one of the participants in the action. "In reality, he was deceived and only informed on the eve of the invasion that they were going to cross the border. He called from Belarus and complained that 'they were twisting his arms'. I took it to mean that he was afraid had to flee because he was apparently threatened not only with a court-martial but also with physical violence."

It is extremely rare for Russian soldiers or their relatives to publicly complain about the conditions in the army or even criticize the attack on Ukraine. Some of the women said in the interview that they would have preferred to address Russia's President Vladimir Putin directly in their video instead of the regional government. But because of the new law against "discrediting the Russian armed forces," they are afraid of taking the step. The law, passed in early March, provides for lengthy prison terms for publishing "fake news" about the Russian army.

1 La France insoumise defends Coquerel from "rumors... 2 High mountains. Piolets d’or will return to Briancon... 3 Brain drain from war: Gazprom lures managers with... 4 La Nupes rips off the "ComFi", Le Pen would... 5 Prosecution after the death of a couple of doctors:... 6 French Presidency of EU: Despite the war in Ukraine,... 7 Nine new charges brought to light about the November... 8 Name change, unemployment benefits, attrition all... 9 Saxony: Europeada: Sorbs lose in the semifinals 10 Friday, July 1, 2012: Unemployment benefits rose by... 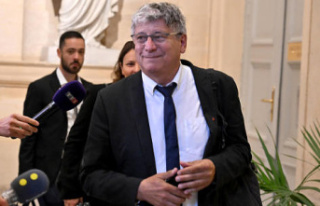