In order to become less dependent on fossil fuels, the federal government is also relying on green hydrogen. 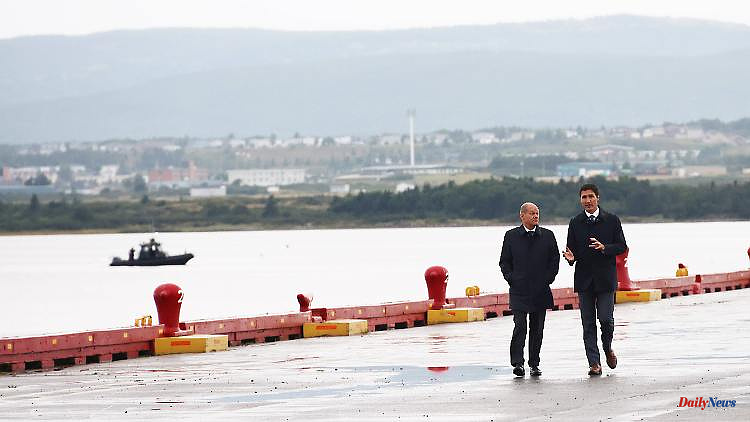 In order to become less dependent on fossil fuels, the federal government is also relying on green hydrogen. The first deliveries are to come from Canada from 2025. Although the production is very energy-intensive and therefore expensive, the expectations of the agreement are high.

Germany and Canada have agreed on long-term cooperation for the production and transport of hydrogen. Federal Economics Minister Robert Habeck and Canadian Energy Minister Jonathan Wilkinson signed an agreement on Tuesday in Stephenville in the province of Newfoundland and Labrador that should lead to the export of hydrogen from Canada to Germany from 2025.

Habeck described the agreement as a milestone: "Green hydrogen is an important key to a climate-neutral economy. We must resolutely promote climate protection in order to secure prosperity and freedom. This is more important and urgent than ever these days."

Chancellor Olaf Scholz and Canada's Prime Minister Justin Trudeau also attended the signing. Scholz said that the partnership with Canada will be raised to a more strategic level with the agreement: "We felt here every time that the future was within reach." A change in the world is possible - towards a climate-neutral economy that also creates good jobs. The partnership is a "very, very big success".

Newfoundland is considered a favorable location for the production of green hydrogen, which is generated using renewable energies. There is a lot of wind in the sparsely populated region and a lot of space to convert it into energy. Russia's war of aggression against Ukraine is forcing Germany to position itself more broadly, especially in the energy sector. Although Canada also has liquefied natural gas (LNG) to offer, Germany could only benefit from this in the medium term because there are still no pipelines and terminals for transport across the Atlantic. The focus of the trip was therefore on hydrogen production.

Trudeau spoke of a "historic step forward". The agreement will create jobs, boost the local economy and contribute to the production of clean energy. He was always "deeply connected" to Scholz in terms of the goal of combating climate change while at the same time economic growth. The joint declaration of intent between the Federal Republic of Germany and Canada states that the cooperation aims to "boost the hydrogen economy and create a transatlantic supply chain for hydrogen well before 2030, with the first deliveries planned for 2025".

While Canada is to invest billions in the development of technology and infrastructure, the federal government will support domestic importers in setting up an international trade corridor. Another focus will be on joint efforts in the areas of research and development in order to advance the development of supply chains and logistics. In addition, uniform standards would have to be created during production and cooperation between ports on both sides of the Atlantic would have to be promoted.

No greenhouse gases are produced when using hydrogen. However, to produce it, water has to be split into hydrogen and oxygen, which requires a great deal of energy. This electrolysis is only climate-friendly if sustainably produced energy is used, for example electricity from the sun or wind. In principle, hydrogen can serve as the basis for motor fuels to replace coal, oil and natural gas in industry and transport, for example. Because the production is very energy-intensive, hydrogen is currently still significantly more expensive than fossil fuels. 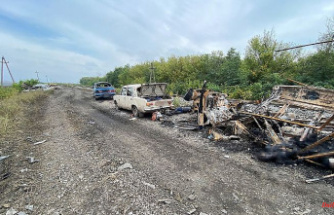 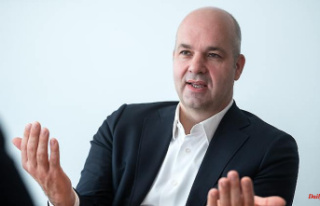