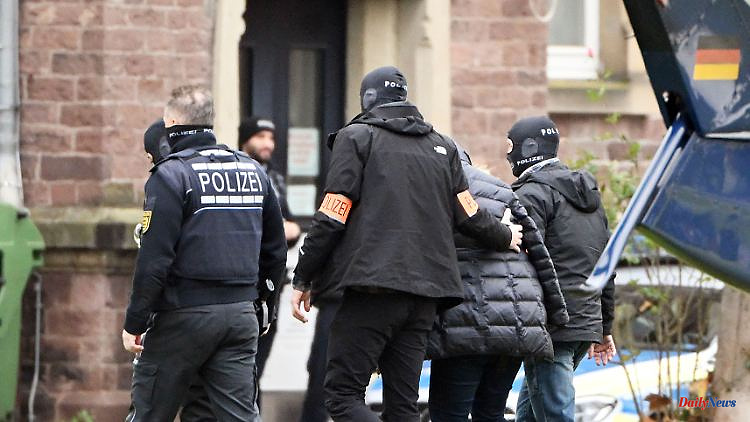 3,000 investigators searched 130 apartments and business premises belonging to suspected Reich citizens. The suspicion: They are said to have formed a terrorist organization. At "Anne Will" guests discuss how right-wing extremists are treated.

The first reports came in just after half past seven on Wednesday morning. The searches of so-called Reich citizens were already in full swing. In a concerted action, thousands of investigators searched more than 100 properties in eleven federal states, Austria and Italy. 25 people were arrested. The federal prosecutor's office is investigating them on suspicion of forming a terrorist organization. Its members are said to have made concrete plans to overthrow the government. They are said to have accepted the fact that people could be killed in the process. In the ARD talk show "Anne Will" on Sunday evening, the guests discussed how great the danger posed by right-wing extremist terrorists is and what can be done about it.

"The danger had to be taken very seriously, otherwise the Attorney General would not have executed 25 arrest warrants, ordered searches in 130 properties and cracked down very successfully with over 3,000 police officers, to whom I am very grateful that they were able to crack down so severely," explains Federal Minister of the Interior Nancy Faeser . You can still see her relief. The preliminary investigations had been carried out in the utmost secrecy. The North Rhine-Westphalian CDU interior minister, Herbert Reul, reported that he only found out about the planned searches the day before. According to Faeser, the danger of an overthrow was "very real, but we managed it well."

The journalist Florian Flade is part of the research network of NDR, WDR and Süddeutsche Zeitung. Since 2016 he has been involved with the Reich citizen scene in Germany. He reports that the terrorist group targeted by the investigating authorities is made up of people from different milieus. They would have had concrete plans, which they would have agreed on in internet chats and personal conversations. This also included the attack on the Bundestag. Nevertheless, the Attorney General is not investigating the planning of a coup d'etat, but the formation of a terrorist organization.

Flade knows that investigations can go in any direction. This also means that these suspects could also be exonerated. In any case, it is clear that the members of the group have one thing in common: anti-democracy. "There are anti-Semites among them, there are a lot of conspiracy ideological milieus, but also supporters of QAnon who believe in pedo-criminal elites that govern countries. It all comes together." Reul categorizes the group's ideology as "salad bar extremism," and Flade explains, "You pick whatever extremism suits you from a variety of extremisms to explain the world to yourself."

The former FDP Interior Minister Gerhart Baum does not believe that such a group could shake the state structure with an attack. "But I believe that they are destroying our democracy, and they are not alone." Right-wing extremism is the greatest danger for Germany, emphasizes Baum. "These people are starting to reach out to the people and that worries me." Linken co-boss Janine Wissler agrees: "It is urgently necessary that the citizens of the Reich are not simply dismissed as harmless cranks. Even if their ideas sound totally megalomaniac and crazy, that does not mean that they are not dangerous."

How to proceed now? What can be done against right-wing extremists? For Interior Minister Faeser it is important that such people are quickly removed from the civil service. "For me, the greatest threat to our free and democratic basic order comes from the right," she says. But she is also aware that this is a minority. Even though former soldiers and police officers were part of the alleged terrorist group, she says: "The vast majority of soldiers and police officers act on the basis of the Basic Law and want to protect the state." But for the minority of extremists, she wants to change the disciplinary law. It's not about reversing the burden of proof, as she explained to "Maischberger" a few days ago. Rather, she wants to remove extremists from the public service by "administrative act" instead of by an administrative court action, as has been the case up to now. "We have to get faster. It's important that the state is able to act."

Linke boss Janine Wissler speaks of a "structural problem" especially with the police. The police in Hesse have tracked down right-wing chat groups in their own ranks. There you had to dissolve an entire SEK. Wissler wonders why superiors didn't notice anything. "There is a problem of looking the other way," she criticizes. Independent bodies are needed to which officials can turn to report abuses.

For the NRW interior minister, this criticism is "gross nonsense." It's one thing to "make a mood by chatting, the other thing to take care of it". He tried that and wanted to suspend a commissioner who had made radical right-wing statements in a chat group. The competent court rejected this because chat groups are private rooms. That has to be changed, Reul demands. In addition, instruments are needed to quickly remove right-wing extremists, especially from the police. And finally, politicians have to start taking people's concerns really seriously.

Sounds good, but for journalist Flade it is clear: "We have to get used to the fact that in the next few years we will have more and more people who want to change something with violence and who have wild ideas. And we often have to deal with because we don't have an answer to many questions."

1 Ten tips: Here you can still save taxes at the end... 2 Mecklenburg-Western Pomerania: IG Metall: the federal... 3 Saxony: traffic chaos on the A4 due to slippery roads:... 4 Region with most shutdowns: Power supply in Odessa... 5 "Many members killed": Ukraine reports attack... 6 Left criticizes focus on the left: counter-terrorism... 7 "Permanently operational": Ukraine weapons... 8 Deaths in nationwide protests: Demonstrators storm... 9 After easing the measures: Corona-infected Chinese... 10 Don't be afraid of the big tour: VW ID.5 is suitable... 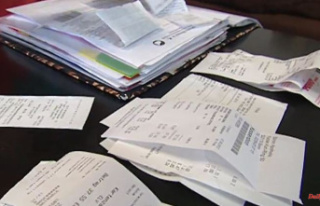 Ten tips: Here you can still save taxes at the end...