The first stop on her three-day trip will take Foreign Minister Baerbock to Athens. 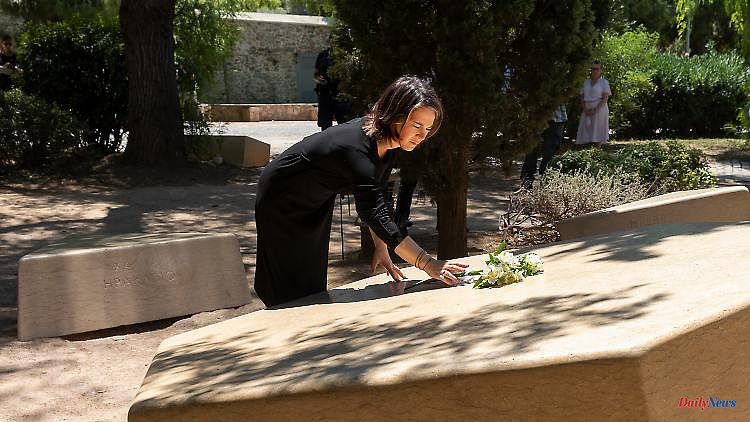 The first stop on her three-day trip will take Foreign Minister Baerbock to Athens. There she commemorates the numerous victims of the German occupiers in World War II. However, the Green politician also emphasizes that there will be no reparations payments to Greece.

At the start of her visit to Greece, Foreign Minister Annalena Baerbock commemorated the victims of the German occupation during the Second World War. The Greens politician visited the former prison of the Nazi headquarters, where thousands of resistance fighters and civilians were imprisoned and tortured between 1941 and 1944. She then laid flowers at the Athens Holocaust Memorial.

In an interview with the Greek newspaper Ta Nea, Baerbock said it was an "affair of the heart" for her to commemorate Germany's reign of terror in World War II. "The responsibility for one's own history knows no end," she emphasized. She hopes that her trip will be understood as the beginning of a deeper, joint confrontation with the reign of terror in Nazi Germany.

But Baerbock also reiterated the German rejection of Greek demands for reparations. The new federal government "did not come to a changed legal position here," she said. Like Poland, Greece continues to assert claims for reparations and is demanding negotiations on this. Germany, on the other hand, considers the issue to be closed and is referring to the Two Plus Four Agreement on the foreign policy consequences of German reunification from 1990.

Baerbock will hold political talks with Prime Minister Kyriakos Mitsotakis and Foreign Minister Nikos Dendias on Friday. The Green politician will then travel to Turkey. There she will meet Foreign Minister Mevlut Cavusoglu in Istanbul before continuing to the capital Ankara. Talks with representatives of the opposition are also on their agenda there.

In the run-up to the trip, Baerbock emphasized the great importance of the double visit to the two NATO partners. "Cohesion between NATO allies and European partners has never been more important," she said, referring to Russia's war of aggression in Ukraine. She also announced that she would also address issues in Turkey "on which we sometimes have fundamental differences." These included Baerbock, Turkey's military action in northern Syria and human rights issues.

1 New surcharge is to come into force: Gas prices can... 2 VW employee loses process: court dismisses lawsuit... 3 Sold out for weeks: tourists demonstrate in front... 4 Arrest in Australia: turning point in the case of... 5 Often after unaccompanied entry: More and more children... 6 Pink is bjutiful again: Cindy from Marzahn returns 7 800 marks became 115,000 euros: tenant fights back... 8 Insulation, hedges, fences: five taboos at the property... 9 "Something happened 5,000 years ago": the... 10 Help for "Ingenuity": NASA wants to send... 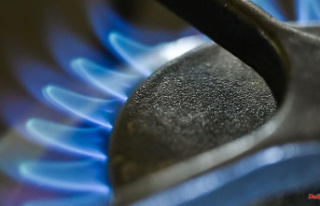 New surcharge is to come into force: Gas prices can...