Relaxation is "careless": the federal government wants to maintain the mask requirement in long-distance transport

In Schleswig-Holstein, the mask requirement on public transport could expire as early as the new year. 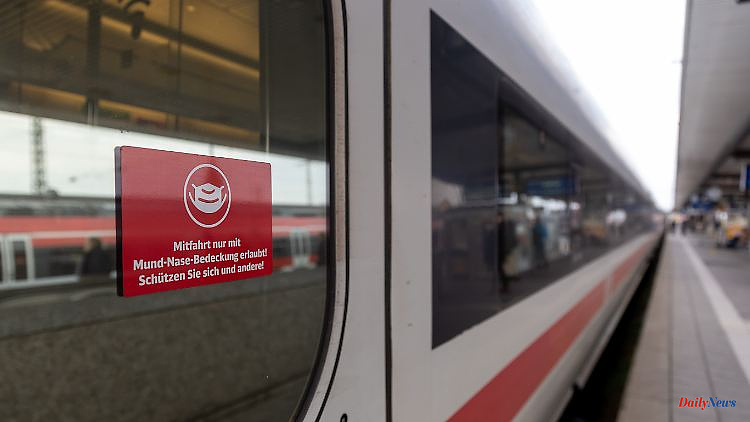 In Schleswig-Holstein, the mask requirement on public transport could expire as early as the new year. According to the Ministry of Health, this is not planned for long-distance trains and buses. Nobody can already predict the infection situation in December, a mask off is careless.

So far, the federal government has not considered lifting the mask requirement on long-distance trains and buses. A spokeswoman for the Ministry of Health in Berlin denied this when asked and referred to the applicable Infection Protection Act and the requirements contained therein. The law had been passed and agreed within the governing coalition.

Federal Health Minister Karl Lauterbach has also spoken out against an end to the mask requirement on buses and trains. The regulation is necessary, the SPD politician told the broadcaster "Welt". One must expect the number of cases to increase again in winter. "If we were to suspend the mask requirement now and then have a massive wave, for example, that cannot be communicated." People should be able to get to work safely. You can't compare that with air traffic - where masks are no longer compulsory. Only very few people come to work by plane every day, but millions by bus or train.

According to the Infection Protection Act, the federal states can decide for themselves whether masks are compulsory in local transport. The federal government is responsible for long-distance trains and long-distance buses. According to the Infection Protection Act, there is a nationwide FFP2 mask requirement for passengers over the age of 14 until April 7, 2023.

Schleswig-Holstein's Prime Minister Daniel Günther is striving not to extend the mask requirement on buses and trains beyond the end of the year. The CDU politician said on Friday that he wanted to achieve as uniform a regulation as possible in discussions with the other countries.

"Masks have been proven to protect against infections. We should have learned that in the third year of the pandemic," said the spokeswoman for the Ministry of Health. It is considered "imprudent" to do without this protection, especially where people are crowded in a confined space. It is now mid-November. “None of us can yet judge what the infection situation will be like at the end of December, what the situation in the hospitals will be like, not even in Schleswig-Holstein.”

A spokesman for the FDP-led Federal Ministry of Transport, on the other hand, said with a view to possible decisions by the federal states, these should be made on the basis of current developments. From the point of view of the ministry, it is also reasonable to rely on voluntariness if there is a relaxation.

1 "Timing is bad": World Cup mood? What mood? 2 Climate change should be fought: Jeff Bezos wants... 3 Franz operated on both legs: the unlucky skier got... 4 Man dismembered: "Rouen dismembers" accused 5 The container is (almost) full: These twelve are at... 6 Saxony: New access to exhibitions in the Görlitz... 7 Mecklenburg-Western Pomerania: Expert: Wood dust caused... 8 Bavaria: Too much bureaucracy: Cities complain about... 9 Bayern: Fürths Tillman suspended for three games... 10 Saxony: abuse in the church important topic of the... 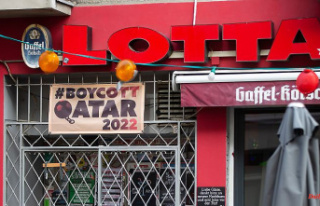