When Russia invaded Ukraine on February 24, paratrooper Pavel Filatev was also there. 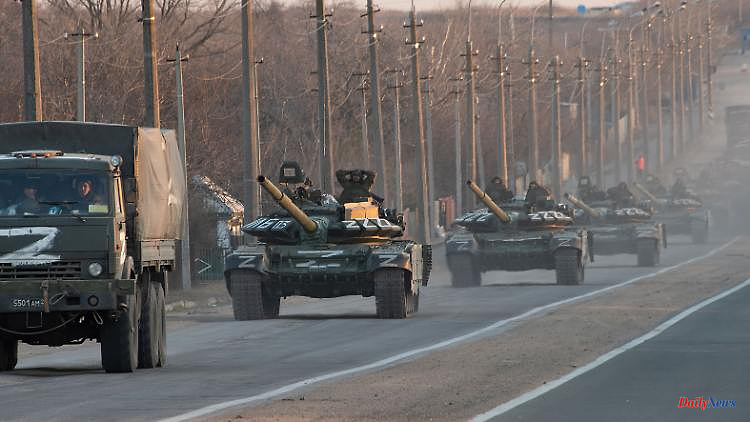 When Russia invaded Ukraine on February 24, paratrooper Pavel Filatev was also there. His unit attacks the neighboring country from Crimea. After two months of war, the 34-year-old wrote down his experiences at the front - and sharply criticized the state of his own army.

On the morning of February 24, Pavel Filatev was among the Russian units attacking Ukraine from the annexed Crimean Peninsula. The 34-year-old is a paratrooper, and his regiment initially took part in the storming of Cherson. Later the troops try to take Mykolaiv - and fail. The big city in southern Ukraine is still hotly contested to this day.

After a total of two months, the war is over for Filatev: he is evacuated from the Ukraine because of a serious eye infection. The soldier begins to write down his experiences at the front. In early August he published the 141-page essay "ZOV" - named after the tactical markings on Russian army vehicles. He first appears on the social network vk.com, the Russian Facebook alternative.

Filateev then hides in Russia for two weeks before finally being able to leave the country. He fears prosecution by the authorities. Because his report packs a punch. In it, he sharply criticizes the actions of his own army and also speaks out against the war, which in Russia can only be called a "special operation."

"We had no moral right to attack another country, let alone the people closest to us." Thus, in his text, Filateev explains the main reason for the failures of the Russian army. And yet for two months he was part of the aggression against the neighboring country. "I'm often asked why I didn't throw my gun away. Well, I'm against this war, but I'm not a general, I'm not the defense minister, I'm not Putin - I don't know how to stop it," said the 34-year-old in an interview with the British "Guardian" shortly before fleeing Russia. According to the newspaper, it has documents showing that Filatev actually served as a paratrooper in a unit in Crimea and took part in the "special operation" in Ukraine. However, his story cannot be independently verified. "It would have been useless to become a coward, throw away my gun and abandon my comrades," added Filateev.

Instead, he has now written the report. "And I want it to be in Russian and freely available so that everyone who supports the war can read what I experienced last year," he told the Mediazona portal.

In "ZOV" Filatev, who served in Chechnya in the 2000s, tells how he decided about a year ago to return to the army for financial reasons. Accordingly, he was sent to the Crimea and confronted there with "complete anarchy and a lack of combat readiness in such a strategically important area". Filatev criticizes the lack of equipment and uniforms in his unit. He wrote in his report that he had to buy suitable shoes and uniform parts himself.

Following a complaint to the Defense Ministry, his commanders had instituted a case against him, accusing him of regular disorderly conduct. "After the Department of Defense's response to my complaint, which wished me good health and advised me to be disciplined, I had no desire to serve in this mad realm," writes Filateev.

In mid-February, Filatev's unit was then sent to a military exercise at a firing range in southern Crimea. According to Filateev, forty of the paratroopers lived in a tent. Some would not have had a sleeping bag, camouflage suit, armor or helmet. There were no showers, so the men washed in the cold sea. "As a result, the hospitals were already overcrowded in February, and then even an order came that hospital admissions are forbidden," says Filatev's report. The man got his machine gun for the first time at the shooting range, but it was rusted and defective after a few shots.

On February 20, the soldiers were transferred to Armyansk on the border with Ukraine, Filatev continues. "No one really understood what was going on, everyone was guessing." By that time, some of the soldiers had been living in tents for a month without any comfort. They were tired and demotivated. Everyone had hoped that the exercises would soon be over. But things turned out differently: the day before the invasion, the divisional commander announced that "starting tomorrow, the daily wage would be $69. That was a clear sign that something serious was about to happen."

But what exactly is pending, Filatjew in his own words, only became clear the next day. On February 24, he woke up at 2 a.m. in the back of a military truck that was traveling north in a column. "The rocket artillery was active to the right and left of our column. I couldn't understand: were we shooting at the advancing Ukrainians? Or at NATO? Or were we attacking? Who is this hellish fire aimed at?" the 34-year-old recalls to the first hours of the invasion. Only later did he find out that his unit had been ordered to go to Cherson. "It became clear that we attacked Ukraine."

In his report, Filatev describes the chaos that prevailed among the occupiers in the first days of the war. According to him, one of the columns, which was also heading towards Cherson, was mistakenly fired upon by its own troops. There were many dead and injured. "Who takes responsibility for these victims?" he asks. "After all, it wasn't the professionalism of the Ukrainian army that was to blame, but the chaos in our own."

In the settlements on the way to Cherson, Filatev noticed the many Ukrainian flags flying over the residential buildings. These "raised mixed feelings of respect for the courageous patriotism of these people on the one hand". On the other hand, "these colors now belong to the enemy, people were demonstrating that we are not welcome". There was a feeling of danger "that emanates from these houses". The 34-year-old writes that he was ready to shoot at any time if the danger had become more concrete. "There is a certain anger towards the civilian population. I understand that we are uninvited guests here, but for their own safety they should stay away from us," Filateev writes.

A few days after taking Cherson, Filatev's unit learned that they were to be sent to storm Mykolaiv and later Odessa, the text continues. "I couldn't believe it: don't those up there notice that the people are exhausted?" Later they would have learned the reason why they were not given time to rest: in another unit, the soldiers are said to have refused to fight en masse. "There is anger at the refusers," the paratrooper describes his feelings. Following the example and laying down arms was out of the question for Filatev: "Most soldiers don't want to kill anyone, let alone fight a war. But we are linked to our comrades through patriotism, laws and feelings of guilt, nobody wants to be a coward. We can't drop our guns and run."

In addition, due to a lack of information, one did not know what the situation at the front and in general in the world was like. "For the first two months we had practically no contact with the outside world and lived in our own world, at war, where, in addition to the inhumane conditions - the lack of food, water, sleep, warm clothes - we also suffered from a hunger for information that we could only satisfy with rumours," writes Filateev.

Some of the soldiers shot themselves in the arms and legs to get compensation and "to escape from this hell," says Filantjew in his report. In the weeks before he was sent back to Russia because of his eye infection, "everyone around was getting angrier." A prisoner's fingers and genitals were cut off, the paratrooper writes, without explaining it in more detail.

With every rocket attack, Filatev thought: "God, if I survive, I will do everything to change that! I don't know how, but I want everyone responsible for the breakdowns and chaos in our army are to be punished."

1 56 percent protection: Delivery Hero with a 20 percent... 2 Missing at kick-off: When Schalke's goalkeeper... 3 More and more resistance: Experts warn of the "post-antibiotic... 4 Caravan Salon bigger than ever: Compact mobile homes... 5 Dispute over church contract: Montenegro's government... 6 400-meter festival in Munich: The German approach... 7 160 million euros so far: Corona warning app will... 8 "It's like Covid": Kobe Bryant's... 9 Thumbs up for love: Julian Nagelsmann shows up with... 10 Bavaria: Overflowing basement after rainfall in Bavaria 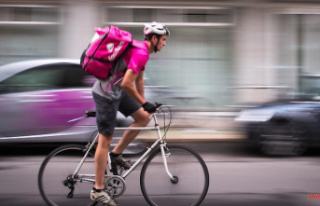