Reshuffle: five things to remember about the new Borne government

41 ministers and secretaries of state: the government was reshuffled on Monday July 4, two weeks after the legislative elections, a way to fully launch a five-year term that promises to be perilous. 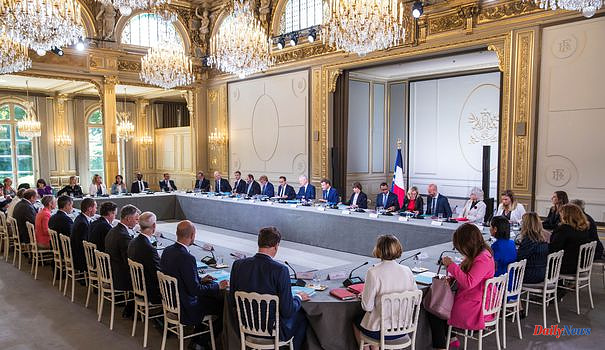 41 ministers and secretaries of state: the government was reshuffled on Monday July 4, two weeks after the legislative elections, a way to fully launch a five-year term that promises to be perilous. What should we take away from this redesign? Emmanuel Macron gave a little more weight in the government of Elisabeth Borne to the other components of his majority, and brought in several new ministers, sometimes unknown to the general public.

About twenty ministers are new to their posts, such as the former emergency doctor François Braun in Health, the boss of the Red Cross Jean-Christophe Combe in Solidarity and people with disabilities or even Caroline Cayeux in local authorities, Carole Grandjean in l Vocational Education and Training, and Laurence Boone in European Affairs.

The government has more ministers from parties allied with the presidential majority. While the Macronist camp only has a relative majority in the National Assembly after the slap in the legislative elections, the new team reflects a subtle mix of representatives of its different political forces. Four ministers now represent the Modem instead of just one, Marc Fesneau, who remains in Agriculture. The deputy of Yvelines Jean-Noël Barrot becomes Minister Delegate in charge of Digital, the former Minister for Veterans Affairs Geneviève Darrieussecq is in charge of disabled people and Sarah El Haïry takes over the Secretary of State for Youth and National Universal Service.

Edouard Philippe's Horizons movement now has two representatives instead of one: Christophe Béchu and Agnès Firmin Le Bodo, in charge of Territorial Organization and Health Professions.

The Agir movement is represented by Franck Riester, in charge of Relations with Parliament, but also by Olivier Becht in Foreign Trade. Dominique Faure, Secretary of State in charge of Rurality, will be the voice of the Radical Party.

Many deputies (Hervé Berville, Roland Lescure, Olivier Becht...) have been appointed ministers, confirming the hypothesis that the Prime Minister is not likely to ask for the confidence of deputies at the end of her general policy speech scheduled for Wednesday. Indeed, the substitutes of the deputies called to the government will not be able to sit in the hemicycle for a month, thus depriving the majority of their votes.

Caillou in the shoe of the executive, Damien Abad (Solidarities and people with disabilities), targeted by an investigation for attempted rape after the complaint of a woman and a third testimony against him on Monday, leaves the government. He is replaced by the boss of the Red Cross, Jean-Christophe Combe. Conversely, Chrysoula Zacharopoulou, the Secretary of State for Development who is facing two rape complaints filed by patients in her gynecology practice, has been confirmed in her post.

Parity is respected in the new government which has 21 men and 21 women (including the head of government), even if the latter are over-represented in the posts of secretaries of state. Behind Prime Minister Elisabeth Borne, the government has 11 men and 5 women full-time ministers. They are 9 men and 6 women among the Ministers Delegate and there are 1 man and 9 women at the rank of Secretaries of State. Respect for parity was one of the challenges of this reshuffle when most of the departing ministers were women.

The sovereign ministries are mainly occupied by men (Bruno Le Maire in the Economy, Gérald Darmanin in the Interior, Eric Dupond-Moretti in Justice and Sébastien Lecornu in the Armies), even if Catherine Colonna, 4th in the protocol order , is Minister for Europe and Foreign Affairs.

Nine women are Secretaries of State, from Charlotte Caubel (Childhood) to Dominique Faure (Rurality) via Marlène Schiappa who returns to the Prime Minister, in charge of the Social and Solidarity Economy and Associative Life. The only male Secretary of State is Hervé Berville, in charge of the Sea.

1 A cruise in the Adriatic - beyond Venice and Dubrovnik 2 Climate: towards a record year for fires in Europe? 3 When dogs bully bathers on the beach 4 In the "Heute journal": "That hurts":... 5 Fires in Gironde: the fires "still not fixed",... 6 Bitter tournament end for Andrea Petkovic 7 Sportbund criticizes the use of school sports halls... 8 War in Ukraine: Putin sets conditions for grain export 9 How 'Russian partisans' are sabotaging supplies... 10 "Extraordinary detail": what images from... 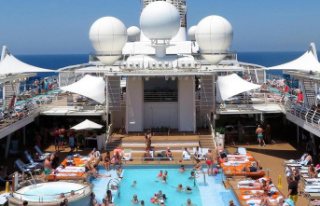 A cruise in the Adriatic - beyond Venice and Dubrovnik