The Crimean Bridge near Kerch, completed in 2018, is one of Putin's prestige projects. 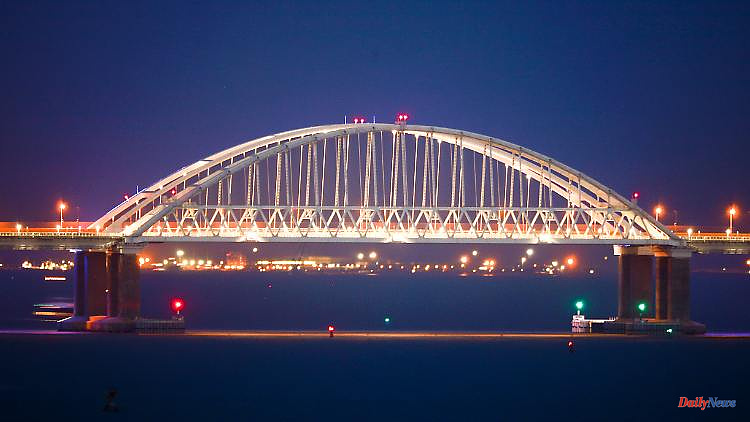 The Crimean Bridge near Kerch, completed in 2018, is one of Putin's prestige projects. For Ukraine, the structure is a military target. In the evening, the Russian security guards around the bridge become active. Witnesses report explosions.

Russian air defense fired on unnamed objects over the city of Kerch in Crimea in the evening. This was announced by an advisor to the leadership of the peninsula annexed by Russia in 2014 after initial assessments. "There is no danger to the city and the bridge," adviser Oleg Kryuchkov wrote on Telegram. Kerch residents reported on social networks that they heard two explosions. According to pro-Kremlin media, the air defense is said to have targeted Ukrainian reconnaissance drones.

The 18-kilometer bridge between Crimea and the Russian mainland begins in the port city. Ukraine sees the structure as a legitimate military target. Russia has threatened massive retaliation if the rail and road bridge is attacked. Traffic on the bridge is running normally, according to the responsible road administration agency Tass.

Only on Wednesday did Ukraine call for the Crimean Bridge to be dismantled. The bridge is an "illegal object" and must be dismantled - "it doesn't matter how: voluntarily or not," said adviser to the Ukrainian president, Mykhailo Podoliak, on Telegram. He threatened indirectly with a military attack.

The Kerch Strait Bridge is the main road and rail link between mainland Russia and Crimea. The structure was inaugurated in May 2018 by Kremlin boss Putin, who was the first to drive across the new bridge in a truck at the head of a convoy of vehicles. Four years earlier, Russia had annexed the Ukrainian peninsula. 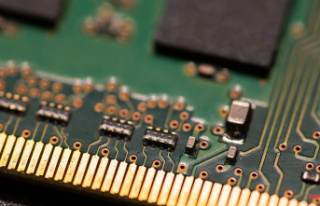