The US President wants to hold Russia accountable for the war crimes committed in Ukraine. 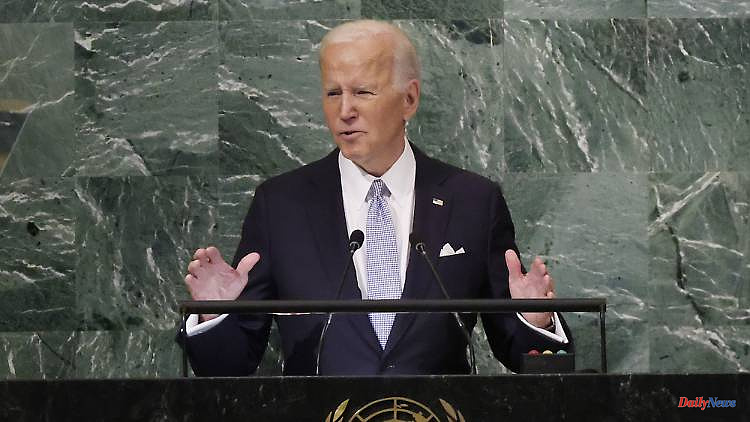 The US President wants to hold Russia accountable for the war crimes committed in Ukraine. Biden condemned the sham referendums staged by the Kremlin as an "extremely serious violation of the UN Charter". He sends a clear message to Russia's President Putin.

US President Joe Biden has sharply criticized the partial mobilization announced by Russian President Vladimir Putin in the war against Ukraine and the threat of a possible use of nuclear weapons. Russia is making "irresponsible nuclear threats to use nuclear weapons," Biden told the UN General Assembly in New York. "A nuclear war cannot be won and must never be waged."

In his speech at the 77th general debate of the UN General Assembly, Biden accused Russia of "shamelessly" violating the core principles of the UN Charter by launching a war of aggression against Ukraine. Russia wants to "wipe out Ukraine's right to exist as a state".

"Now Russia is calling in more troops to join the fight and organizing a sham referendum to annex parts of Ukraine in a grave violation of the UN charter," Biden said.

Putin had announced a partial mobilization of Russians of military age and also threatened the West that Russia would use all "available means" to protect its territory. "Those who are trying to blackmail us with nuclear weapons should know that the tide can also turn in their direction," Putin said. The Russian President's statements were sharply condemned by Western countries.

The pro-Russian authorities in the four Ukrainian regions of Luhansk, Donetsk, Cherson and Zaporizhia announced on Tuesday that they would hold "referendums" on union with Russia from Friday. This threatens a further serious escalation of the war in Ukraine: the annexation of the areas to Russia would give Moscow justification for further military steps - the Kremlin could then claim that it is defending its own territory against the Ukrainian armed forces.

Biden says Russia must be held accountable for war crimes in Ukraine. Biden said there was "more appalling evidence" of Russian atrocities and war crimes. The US worked closely with its partners to hold Russia accountable.

During the general debate, more than 140 heads of state and government want to give speeches at the UN headquarters in New York. The world's largest diplomatic meeting is dominated by Russia's war of aggression in Ukraine. Because of the state funeral for Queen Elizabeth II, Biden had postponed his traditional opening speech as US President by one day on Tuesday. 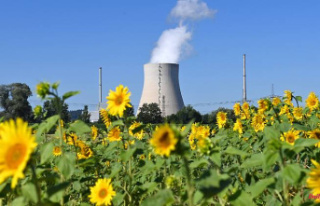 "Cracks in the tubes": Doubts about the...