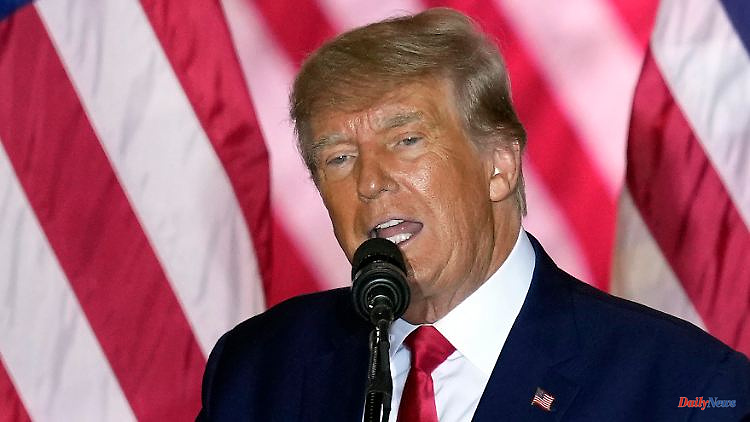 Elon Musk publishes internal Twitter documents, but they don't bring anything new. For former US President Trump, however, they are a godsend, they are supposed to underpin his conspiracy myths. Accordingly, he calls for "unprecedented countermeasures".

Trump thus renewed the conspiracy myth that the election he lost to incumbent President Joe Biden was rigged and that he was the real winner. To date, however, he remains guilty of any proof.

"A massive fraud of this nature and magnitude allows for the repeal of all rules, regulations and articles, including those in the Constitution," Trump continued. An unprecedented fraud requires an unprecedented countermeasure. He also accused the big tech companies of working with Biden's Democrats. "Our great 'founders' did not want and would not condone false and fraudulent elections!"

Sharp criticism of Trump's statements came from the White House. White House spokesman Andrew Bates said they were "an abomination to the soul of our nation and should be universally condemned". The American Constitution is an untouchable document that has guaranteed for over 200 years that liberty and the rule of law prevail in our great country.

Trump responded with his demands to the publication of internal communications from the Twitter platform by its new owner Elon Musk. It's about a New York Post article that appeared before the 2020 election and discussed President Joe Biden's son, Hunter Biden. His business in Ukraine had put pressure on Joe Biden during the election campaign.

Twitter had blocked the article at the time - which the then Twitter boss Jack Dorsey later described as a mistake. The reason given at the time was that the article had broken the rules by referring to material that came from a hacker attack. Portions of the article appear to have been based on footage from a laptop belonging to Hunter Biden.

From the documents released by Musk, it is clear that the ban on the article was also controversial among Twitter employees. However, experts point out that no new information has become known as a result. Journalist Matt Taibbi, who Musk trusted with the footage, wrote: "There is no evidence - that I have seen - of government involvement in the laptop story."

Trump, however, is apparently not interested in such subtleties. Since losing the 2020 election, he has been spreading the myth that the vote was rigged and that he is still the legitimate president. Trump only announced in November that he wanted to become president again in 2024. He submitted his application for the Republican nomination.

However, the former president, who survived two impeachment proceedings during his term in office, is no longer undisputed in his party. He is accused of being partially responsible for the Republicans' poor performance in the midterm elections in November. Most recently, Trump received criticism from the Republican Party because he received the racist and Holocaust denier Nick Fuentes and the rapper Kanye West, who has recently made several anti-Semitic comments, at his Mar-A-Lago property in Florida.

"I don't think meeting with a self-confessed racist or anti-Semite is a good idea for a leader who wants to be an example for the country or the party," Arkansas Gov. Asa Hutchinson told CNN. Republican Rep. James Comer told NBC that Trump needs better judgment about who he's having dinner with.

1 Was it that with the DFB career?: "Full catastrophe"... 2 Archewell boss resigns: Harry and Meghan take over... 3 Winter in the south: the temptation to take long-term... 4 US criticism of settlement construction: Blinken sends... 5 No success, no encouragement: London: Only a quarter... 6 Wenger on "One Love" armband: DFB world... 7 Less than a year in office: DFL boss Hopfen is apparently... 8 BVB star shines decisively: England brutally throws... 9 "Katha was unbeatable": world class pays... 10 Snowboard cross in the fog: Nörl wins under "borderline... 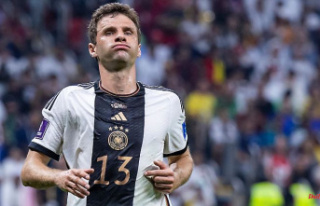 Was it that with the DFB career?: "Full catastrophe"...