South Korea and the USA are on the verge of large-scale military maneuvers, and a US aircraft carrier has already docked. 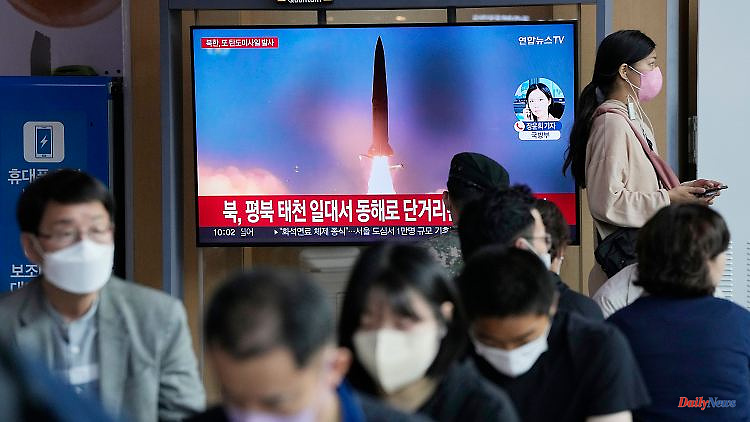 South Korea and the USA are on the verge of large-scale military maneuvers, and a US aircraft carrier has already docked. The answer from North Korea is not long in coming.

North Korea fired a ballistic missile after a US aircraft carrier arrived in South Korea. The test missile, which is believed to be short-range, flew about 600 kilometers towards the open sea after being launched in western North Korea, the South Korean armed forces' general staff said. She fell into the sea off the east coast of the country.

South Korea's military accused the largely isolated neighboring country of provocative behavior. UN resolutions prohibit North Korea from testing any type of ballistic missile, which, depending on the design, can also carry one or more nuclear warheads. These are usually surface-to-surface missiles. South Korea fears that North Korea could soon test a submarine-launched ballistic missile (SLBM) again. South Korean President Yoon Suk Yeol was informed on Saturday that there were signs of preparations in North Korea, according to his office. The United States and South Korea have also feared for a long time that North Korea could carry out a new nuclear test at any time. The country is subject to tough international sanctions because of its nuclear weapons program.

North Korea's latest missile test came ahead of planned US-South Korean naval exercises off the Korean Peninsula. The aircraft carrier USS Ronald Reagan docked in the South Korean coastal city of Busan on Friday to take part in the naval maneuver. The maneuver is also intended to serve as a deterrent against North Korea.

North Korea feels provoked by the United States' joint military exercises with its ally South Korea. The dispute over North Korea's nuclear program is one of the most dangerous conflicts in the world. The conflict will therefore also be a focus of US Vice President Kamala Harris' planned talks, which are expected in South Korea next Thursday. There she meets President Yoon, among others.

Tensions in the region have risen following a series of nuclear-capable missile tests by North Korea this year. Most recently, in June, North Korea fired eight short-range missiles from at least four different locations towards the open sea in the east. North Korea's parliament passed a law on state nuclear policy earlier this month. Among other things, this provides for the use of nuclear weapons not only in the event of an attack by enemy forces, but also in the event of an impending attack on the leadership in Pyongyang. Negotiations between the US and North Korea have been at a standstill since a failed summit between the two countries in Vietnam in February 2019.

1 "Nobody will find out about the circumstances":... 2 Price explosion, lack of material: "Building... 3 Author Hagelüken in an interview: "This is a... 4 "Arnie" opens startup fair: Schwarzenegger:... 5 Major construction site Volkswagen: Team players should... 6 Worried about blackouts: are there more power outages... 7 Price brake instead of price increase: Lindner doubts... 8 "The Green Decade": We need 1000 times Biontech 9 Difficult times in the stock market: How to take advantage... 10 Do not create a gas monopoly: monopoly commission... 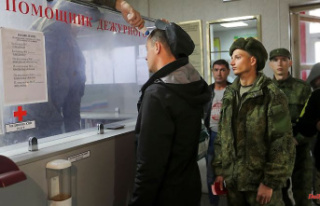 "Nobody will find out about the circumstances":...