Return of the Ukrainian railway: Kherson receives the "Train of Victory"

With the liberation of Cherson in southern Ukraine, the Ukrsaliznyzja, the Ukrainian railway, is returning to the city. 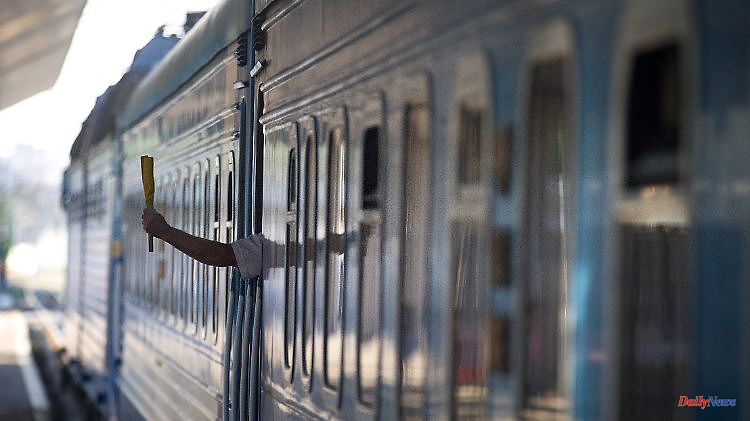 With the liberation of Cherson in southern Ukraine, the Ukrsaliznyzja, the Ukrainian railway, is returning to the city. The country celebrates the first train journey like a victory over Russia - even if the danger for employees and passengers is always present.

Only a week has passed since the Ukrainian army liberated Kherson. However, late Friday evening the first Ukrainian train will set off from Kyiv for the southern key city of Ukraine. Originally, Ukrzaliznytsia, the Ukrainian railway company, had not expected the train connection to be restored until next week. But now the first journey of the so-called "Train of Victory", whose carriages were painted in bright colors by Ukrainian artists, starts earlier. The tickets could be bought in advance without a specific date. The proceeds are used for charitable purposes.

Along with the Post, Ukrsaliznytsia is the Ukrainian state-owned company whose work during the Russian war of aggression most excited people inside and outside the country. Immediately after the liberation of Kherson, the railway reestablished connection to Mykolaiv, another important southern Ukrainian city near the front. Previously, this would have been far too dangerous. And although Russia launched the largest attack to date against the Ukrainian energy infrastructure on Tuesday with more than 90 rockets, Ukrsaliznytsia managed to keep the delays within limits by, among other things, the rapid deployment of diesel locomotives. Although there were occasional delays of several hours, the vast majority of trains were delayed by less than an hour.

Even before the war, the railways were not unpopular with the Ukrainians, although, like in any other country, people complained about them from time to time. Since the early 2010s, the curve has generally been pointing upwards. For many, the starting point is the European Football Championship 2012, because of which the rail network was modernized and Hyundai express trains were purchased. In the meantime, high-speed trains from Skoda and Ukrainian trains are also running. There is free WiFi and good food based on the best European example. Night trains have also evolved.

Even before President Volodymyr Zelenskyj took office in 2019, the structure of the railway had major flaws. Oleksiy Honcharuk, the first Prime Minister of Ukraine under Zelenskyi, spoke at the time of "total corruption" at the state-owned company. His statement was not made out of thin air, but Ukrsaliznytsia also had other problems, some of which remain unsolvable to this day. For example, passenger transport for the railways is a permanent loss, which can hardly be corrected because average salaries in Ukraine are so low.

A mammoth task is also the replacement of the old Soviet rail network, which does not allow even the express trains to travel faster than around 160 kilometers per hour. The low tariffs in freight transport for some large companies, which are suspected of corruption, have also robbed the railway of its structure. No wonder the adjustment of these tariffs at the end of the year played no small part in the conflict between the country's richest man, Rinat Akhmetov, and the president. A conflict that is on hold because of the major Russian invasion.

Deutsche Bahn (DB), which has been providing entrepreneurial and technical advice to Ukrainian colleagues since 2020, also has a part to play in the fact that Ukrsaliznytsia is continuously being reformed and is so effective even in wartime. The DB experts are working on site on an early-year development plan for the Ukrainian railway. Since February 2022, Ukrsaliznytsia has also had a new chairman of the supervisory board: the former high-ranking DB official Gebhard Hofer. DB also plays an important role in transporting Ukrainian grain to German seaports, which is essential for the implementation of the grain deal.

The often sarcastic comments in Germany about the effectiveness of the railway compared to the Ukrsaliznytsia in the middle of the war are therefore somewhat unfair - also because the Ukrainian rail network is much less complicated. The breakdown of a train usually does not lead to a logistical catastrophe. The achievements of the Ukrainian railways in the last almost nine months are also a result of important strategic decisions in recent years. Last but not least, Deutsche Bahn is less susceptible to Russian attacks on the energy infrastructure because it bought 40 diesel locomotives from the USA in 2019 and 2020.

The Ukrsaliznytsia also received recognition because the railway infrastructure was also targeted - especially in the spring, when the Russian armed forces tried to stop western arms deliveries. They did not have great strategic success with it. The employees of the Ukrainian railways have learned how to quickly repair their own infrastructure. They usually begin work as soon as an air alert is cleared. For example, the destroyed bridge in Irpin near Kyiv was repaired within just one month. Nevertheless, since the beginning of the war more than 300 of the approximately 250,000 employees of Ukrsaliznytsia have lost their lives.

Despite the circumstances, Ukrsaliznytsia not only manages to keep around 90 percent of the trains running on time, but also offers refuge in a difficult situation. If the train arrives during the nightly curfew due to a war-related delay, passengers will find emergency accommodation and refreshment points at most stations. The train station in Cherson is also to be prepared for this in the near future.

1 Beautiful in your sleep?: These night creams are a... 2 Saxony: Millions in funding for hospice services in... 3 New air combat system: Political agreement on disputed... 4 Promotion for ex-ambassador: Kyiv appoints Melnyk... 5 New IRA terrorists suspected: Police officers survive... 6 Construction of defensive positions: Russian occupiers... 7 It's not just about the World Cup beer: FIFA... 8 A closer look into the bowl: dry food is the most... 9 The day of the war at a glance: Front in Donbass hardened... 10 Investigations into Capitol Storm: US Attorney General... 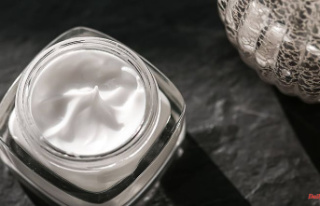 Beautiful in your sleep?: These night creams are a...