When the US Supreme Court overturned abortion rights, anti-abortion protesters took to the streets to celebrate a "new era. 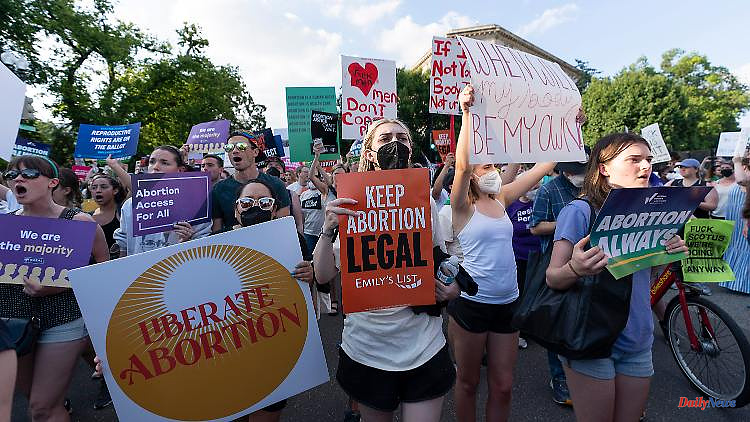 When the US Supreme Court overturned abortion rights, anti-abortion protesters took to the streets to celebrate a "new era." Many "Pro Choice" activists, however, left the verdict angry and horrified. "We're back 100 years again," complains one of the demonstrators.

A machine blows soap bubbles in front of the Supreme Court building in the US capital. Party music is booming, young women are beaming. Someone shouts, "We won," someone else waves a symbolic tombstone with the dates 1973 to 2022 - the dates of the beginning and end of the fundamental verdict in favor of abortion rights. "I'm so over the moon, over the moon," 18-year-old college student Faith Montgomery screams against the music. After the decision of the mostly conservative judges, she sees a "new era" looming.

The mood just a few steps away couldn't be more different. There is anger and incomprehension. Amy Senkowicz is appalled. The 63-year-old had a legal abortion when she was 16 - just a few years after the Supreme Court guaranteed women the right to the procedure. Now the mother-of-three fears a return to "hangers... and whatever crazy things women used to do in hopes of not being pregnant."

Heated debates occasionally break out between the participants in both demonstrations. Riot police officers with helmets and shields are ready - they don't have to intervene.

The atmosphere is similar in Missouri, the first US state to ban abortion immediately after the court decision. While the abortion opponents are also celebrating there, some demonstrators can hardly hold back their tears in front of the last clinic that still performed abortions.

Pamela Lukehart is also fighting back tears. "We tried to protect the rights and lives of women, and now they have taken everything from us," says the 68-year-old, who came to the clinic with her granddaughter. In a broken voice, she then says: "Women used to die from abortions," and "we fought so hard."

In many cities, thousands of supporters of abortion are taking to the streets. Improvised banners and slogans hastily scrawled on cardboard boxes or paper in New York speak for the desperation of the predominantly young generation, who roar out their anger between Union Square and Washington Square: "My body, my decision".

"It's completely crazy," says Brandy Michaud. "We're back 100 years again." She just can't understand "that we have to keep fighting". She seems helpless. Fellow protester Andrew Reisman is also concerned. "Women's rights are human rights and this decision is the first in a long list that will gradually eliminate our rights," he says. He fears that the conservative majority of the Supreme Court could next crack down on same-sex marriage -- and even contraception.

Anna Luis in Washington might have little objection to such moves. She doesn't even go far enough with the decision of the Supreme Court, with which the individual states are now free to allow, limit or outright ban abortion.

The 24-year-old anti-abortion activist is already planning the next steps with her group "Students for Life of America". She expects the number of abortions using the morning-after pill to increase, and she and her group want to make sure "nothing illegal is going on behind the scenes." "Our goal is to abolish abortion altogether." 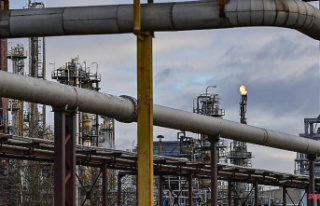