Reul warns of "quick shots": NRW Minister: Half of the 250 arrested are Germans

The New Year's Eve riots in Berlin make headlines, but there are also many arrests in NRW. 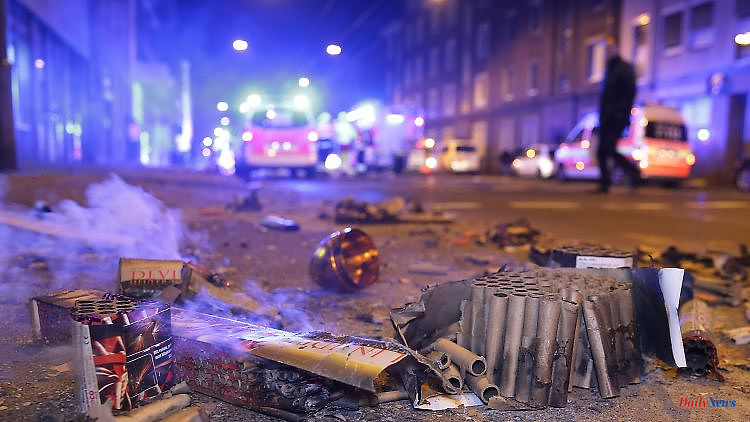 The New Year's Eve riots in Berlin make headlines, but there are also many arrests in NRW. According to State Interior Minister Reul, groups of young men are the problem - whether with or without a migration background. Increasing brutality can be observed.

After the New Year's Eve riots, North Rhine-Westphalia's Interior Minister Herbert Reul from the CDU warned against political "rush shots" and hasty recriminations. His criticism, which he voiced in an interview with Deutschlandfunk, was directed, among other things, at Federal Minister of the Interior Nancy Faeser from the SPD.

Faeser said: "In major German cities we have a big problem with certain young men with a migration background who despise our state, commit acts of violence and are hardly reached with education and integration programs." In Berlin and some other cities, people were shot at with firecrackers and rockets on New Year's Eve. In some cases, there were targeted attacks on police and firefighters in action.

In NRW it was "not quite as bad as in Berlin" on New Year's Eve, but bad enough to have to worry about it, said Reul. According to the first preliminary findings, around 250 people - mainly young men - were taken into custody by the police in his state. About half of those temporarily arrested are German citizens. "I've been pointing out for months that we have a problem with boys, with groups of young men, with immigrant backgrounds and non-immigrant backgrounds," Reul said.

According to police information so far, 45 of the 145 suspects temporarily arrested in Berlin included 45 Germans and 17 other nationalities, including 27 Afghans and 21 Syrians. 94 of the 145 are under the age of 25, including 27 minors.

Domestic politicians from the SPD, Greens and Left parties in the Berlin House of Representatives accused the CDU faction of populism. The background is a questionnaire in which the Berlin CDU asks, among other things, for the first names of suspects with German nationality. "The CDU is dropping its right-wing populist mask," said the SPD's domestic policy spokesman, Tom Schreiber.

Vasili Franco of the Greens said: "This is a spread of racist resentment." The domestic political spokesman for the CDU, Frank Balzer, explained that his party was concerned with transparency. The previous information provided by the police on the nationality of the suspects was not sufficient. One wanted to know whether suspects with a German passport had a migration background. According to the emergency services, this is the case. "If there is a problem there, we have to know about it and disclose it without prejudice," said Balzer.

"We have been able to observe similar developments in Paris, Lyon and Marseille for many years, where violent outbreaks of violence occur again and again," said political scientist Hans Vorländer. This also included attacks on the police or fire brigade. In Germany, too, albeit in a less dramatic form, "a problem of violence affecting society as a whole" can be observed, said Vorländer, who is a member of the Advisory Council on Integration and Migration (SVR).

This problem does not only exist in neighborhoods with a high proportion of people with a migration background, but also occurred in the context of the Corona demonstrations, in right-wing extremist elevators and in the violent football fan scene, according to Vorländer. There are problems above all with young men and in a certain environment, there "where there are problems with accommodation, where the level of education is low" and a "widespread street culture of showing oneself, where the desire for recognition also through acts of violence prevails". In order to counteract this, no special projects are needed, but the "strengthening of the control systems school, work, housing" as well as law enforcement and the judiciary. 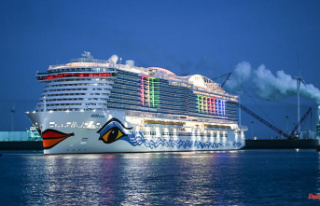