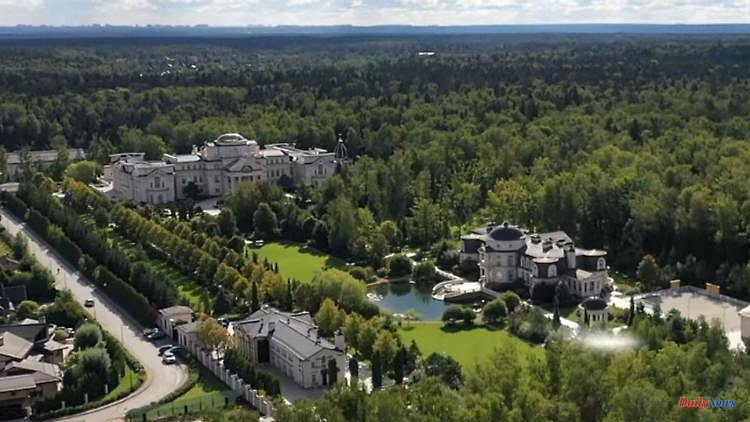 Loyalty to Russia's President Putin pays off. This is made clear by a new investigative film by the team of jailed Kremlin critic Navalny. The report shows the rise and wealth of Alexei Miller - Gazprom boss and partly responsible for the throttled gas supplies to Europe.

A private ice rink, an orthodox chapel, a cloakroom for fur coats only: the team of the imprisoned Kremlin critic Alexei Navalny has published a documentary about Alexei Miller, head of the Russian energy company Gazprom. The one-and-a-half-hour revealing film "Putin.Miller.Gazprom", which was released in time for the St. Petersburg Economic Forum, shows Miller's rise to the head of Russia's largest corporation and his fabulous wealth.

According to the documentation, which can also be read on the Internet, Miller has treated himself to a $240 million property with around 8,500 square meters of living space. The palace is said to be one of the most expensive private homes in Russia. Drone footage and plans shown in the film illustrate the palace's gigantic scale. Overall, Miller is said to have real estate worth more than $750 million.

"All of Putin's Russia is in it," the film says. Millions of rubles in bribes flowed into gigantic dachas of state employees.

Miller is a close associate of President Vladimir Putin and partly responsible for the curbed gas supplies to Europe. The two met in the Yeltsin era. In 2001, Putin appointed Miller, who many considered a "gray official," to head Gazprom. Apparently, he was primarily rewarding one of Miller's qualities: his unconditional loyalty to Putin.

Navalny and his team repeatedly cause a stir with films about the corruption of high-ranking officials in Russia. In early 2021, two days after Navalny's arrest in Russia, his team also showed a documentary about Putin's pompous palace on the Black Sea coast. The approximately 1.1 billion expensive property was paid for by the "biggest bribe in history", says the film.

1 Explosion and shots in Kabul: Two injured after attack... 2 general a D. Lahl in an interview: "The tank... 3 Chancellor off duty: Merkel: "Now I'm free" 4 Hit by Danish missiles: Ukraine reports sinking of... 5 For the first time in corporate history: Apple employees... 6 "No relevant damage": FDP opens new debate... 7 From sweet potatoes to dividends: things that are... 8 Incentives for industry: Habeck is planning further... 9 Bitcoin below $18,000: crypto industry in a downward... 10 Restaurants remain closed: There are no waiters in... 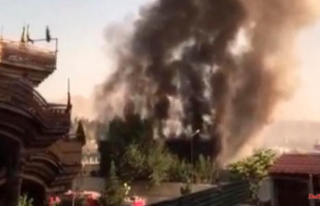 Explosion and shots in Kabul: Two injured after attack...