For Republicans as a whole, election night is disappointing - for hopeful Ron DeSantis, on the other hand, it will be his greatest triumph. 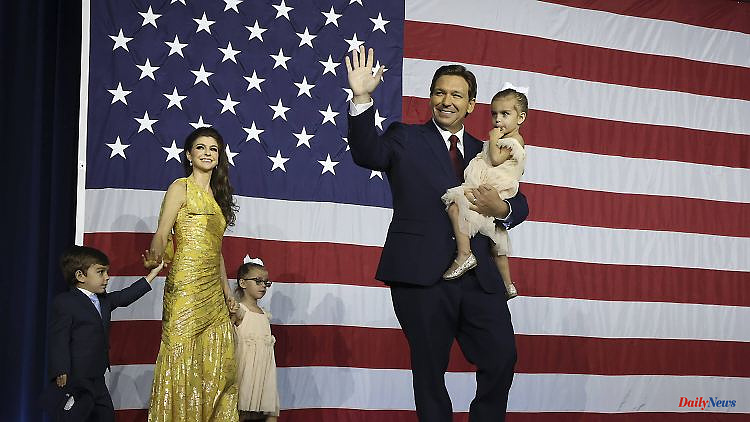 For Republicans as a whole, election night is disappointing - for hopeful Ron DeSantis, on the other hand, it will be his greatest triumph. The governor of Florida celebrates his re-election with a landslide victory, finally becoming Trump's first rival.

It must be painful for Donald Trump to watch this man. When Ron DeSantis took the stage after his triumphant victory in Florida, the crowd cheered him on. 59.4 percent voted for the governor, making his re-election a triumph. Cheers echo through the entire Republican party, and the message is unmistakable: Here comes the new strongman.

It's exactly the jubilation Trump would like to see himself again. It's pretty obvious that he wants to move back into the White House. But now DeSantis stands in his way. The 44-year-old can be really dangerous for him. He was his biggest competitor in the party anyway. But overnight he has grown from an annoying fly to a real rival.

In his victory speech, he left little doubt that DeSantis wants to be his party's next presidential candidate. In front of a huge US flag, he made Florida a beacon in a country in grave danger. "While the country falters over failed leadership in Washington, Florida is on the right track. Surviving the American experiment requires reviving true American principles. Florida has proven it can be done." So he only presented the victory in Florida as a prelude to the really big stage.

One can assume that Trump understood that too. Most recently, he attacked DeSantis and threatened him with uncomfortable revelations. But the successful governor now has the momentum on his side. The crazy part: DeSantis is something like the better Trump. He copies the ex-president in his style and in his topics, but tries to leave out his weaknesses.

He presents himself as the guardian of "freedom" and his opponents as left-wing extremist "woke" ideologues. "Woke" is the battle cry against new leftists who campaign for the rights of non-white and non-heterosexual people - and accuse white Americans of being racist and intolerant. With this "us against them" rhetoric, Trump rose to become the superstar of his party - with the well-known right-wing extremist failures, for example against immigrants.

Trump has always remained an instinctive politician who acts on instinct and is driven by his own vanity. DeSantis, on the other hand, presents himself as a team player and thanks his team extensively in his speech. And he showed something during the campaign that Trump never had: discipline. He can be trusted to consistently maintain an election campaign message and not constantly get too bogged down in talking and make every blunder in passing, as was often the case with Trump.

The fact that DeSantis delivered so convincingly weighs all the more heavily since Trump's election record is mixed at best. That applies to the past evening as well as to the past few years. Since winning the 2016 election, Republicans have lost almost every major election. The midterms of 2018, the presidential election of 2020 and the important runoff for the Georgia Senate seat, in which he personally intervened. In this congressional election, too, Trump's record is mixed at best. A few of the candidates he supported won, a few didn't. It is doubtful that he was the decisive factor. On the contrary, some candidates like Mehmet Oz were just too flashy.

Trump's image has long since cracked, including in his own ranks. While many - far too many - support his lies about alleged voter fraud, there is also a certain relaxation. Many scandals are gnawing at Trump's nimbus. His apparent attempted coup on January 6, 2021, the countless investigations against him and his family, all of this has piled up into a fairly large ballast that could become too much even for Trump. Many Republicans say: "I still like Trump, but he's too divisive, he's too controversial." That's where DeSantis comes in like the better Trump. Trump without the crazy, as it is often called in the USA. And he brings an irresistible promise: that he can win elections.

It is not to be expected that DeSantis would be more moderate than Trump. DeSantis will do anything that brings him applause, anything that gets the emotions running, no matter what it brings to the cause. During the corona pandemic, for example, he called for people not to wear masks, or sent buses full of migrants to the wealthy holiday resort of Martha's Vineyard in idyllic New England - to give the supposedly rich liberals residing there one thing. He also banned by law talking about sexual identity in schools.

DeSantis is sometimes trumpier than Trump himself, who lacks the office and therefore the stage for such actions. In the end, the ex-president is not. DeSantis has yet to prove that he has the same incredible stayer qualities as his big role model. But it is also clear: DeSantis will not make as many mistakes as Trump. 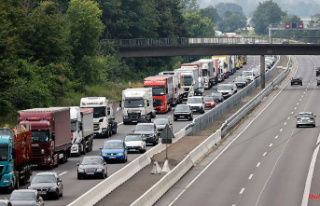