With many measures, the traffic light coalition is trying to relieve citizens of the higher energy costs. 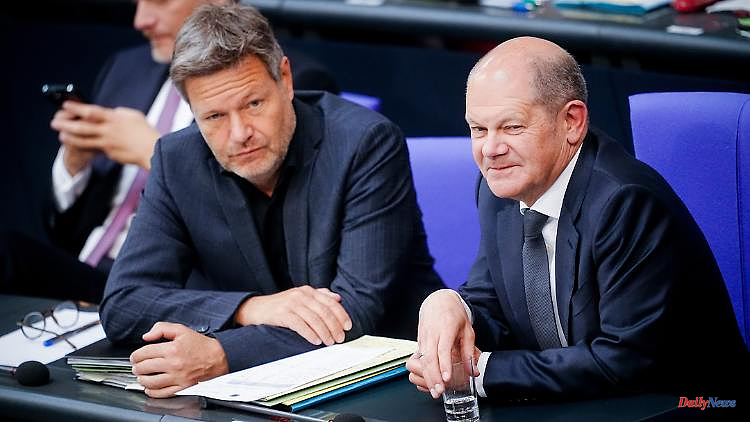 With many measures, the traffic light coalition is trying to relieve citizens of the higher energy costs. But how what comes when for whom? Only one in five believes they have an overview.

Only a few German citizens have the feeling that they have an accurate overview of the measures decided and planned by the federal government to relieve the burden on citizens. 20 percent of those surveyed in the RTL/ntv trend barometer state that they have an overview of the relief measures. However, according to their own assessment, the vast majority of 78 percent no longer see through. The vast majority of supporters of all three ruling parties also have no overview of what the government is doing to deal with the energy crisis. Likewise, the large proportion of those without an overview extends through different income brackets.

In line with this assessment, only 7 percent of those surveyed feel that the government's measures to date have relieved them noticeably. The vast majority feels little (29 percent) or not at all (61 percent) relieved. The degree of the perceived relief does not differ between those who have a low or a higher income. The assessments of the various voter groups differ only in nuances.

Federal Chancellor Olaf Scholz has promised that all citizens will get through next winter safely thanks to the government's planned relief measures. Only a minority of 29 percent believe that people can rely on the Chancellor's promise. However, the majority of 66 percent believe that Scholz's promise will not be kept. 75 percent of East Germans think so. A clear majority of the supporters of all three governing parties also doubt the reliability of Scholz's promises.

Despite such doubts, almost half (48 percent) of Germans believe that Scholz can lead the country well and safely through the current crisis. An equally large proportion of respondents doubt that they are capable of doing so. Most of the supporters of the governing parties only believe that Scholz can safely lead the country through the current crisis.

However, the CDU/CSU opposition in the Bundestag is not seen as a viable alternative: almost three quarters of all respondents (72 percent) do not believe that a federal government led by the Union under CDU leader Friedrich Merz could handle the current crisis better than the current one traffic light government. Even among the supporters of the CDU/CSU, only 43 percent believe that a Union-led government would govern the country better.

Scholz recently emphasized that the traffic light - as promised when it was formed after the federal elections - is a "progressive coalition" that will advance Germany's modernization over the next ten years. Only a minority of all respondents and also the supporters of the SPD, Greens and FDP see it that way. The majority, on the other hand, believes that the characterization of the current federal government as a "progressive coalition" is incorrect.

Almost no one (1 percent) expects that the tax reform announced by Federal Finance Minister Christian Lindner as part of the planned relief package will mean that significantly less tax will have to be paid. 28 percent expect that their tax burden will be reduced somewhat. However, the majority of 64 percent assumes that after the tax reform proposed by Lindner, you will have to pay the same amount of taxes as you do today. The expectations, on the other hand, do not differ significantly between the individual income and voter groups.

Forsa surveyed 1,004 people between August 12 and 15, 2022 for the data on opinions on the actions of the traffic light coalition in the crisis. The error tolerance is 3 percentage points. 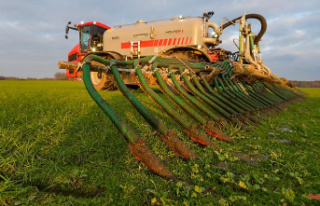