In view of the gas crisis, a dispute has broken out in the traffic light coalition about the future course of the federal government. 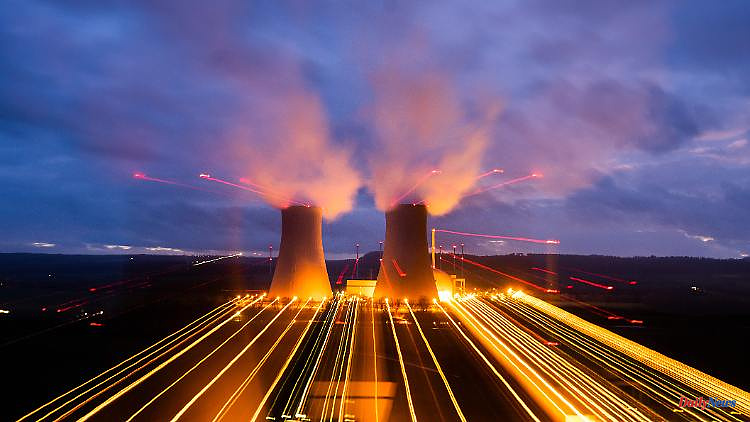 In view of the gas crisis, a dispute has broken out in the traffic light coalition about the future course of the federal government. In the case of citizens, there is a clear majority on almost every point of contention. There is a clear picture of opinion, especially when it comes to extending the service life of nuclear power plants.

Three out of four Germans are calling for the planned shutdown of the last three nuclear power plants to be reconsidered to ensure energy security. This emerges from a Forsa survey commissioned by RTL and ntv. In the weeks between early March and mid-July, this value fluctuated between 68 and 70 percent and has since risen to 75 percent.

In the most recent survey, as many as 55 percent of Greens supporters were in favor of reviewing the end of nuclear power. While around 90 percent of those surveyed among the supporters of the Union, FDP and AfD are open to extending the term, 68 percent of the SPD are.

There was also a majority for the speed limit discussed in connection with potential energy savings, albeit narrower. 58 percent were in favor of a speed limit of 130 km/h. That is 1 percentage point more than in May and 3 percentage points more than in October last year. Only the supporters of the AfD and FDP are against it, each with around 60 percent.

Regardless of party preference, there is agreement on additional relief measures. 82 percent of those surveyed consider the previous packages to be insufficient and call for further relief - 3 percentage points more than in the previous week.

In the camp of SPD supporters, 84 percent are calling for further relief, the second highest value after the AfD (85 percent). 80 percent of the FDP supporters call for improvements, and 77 percent of the Greens voters. So the traffic light is under pressure not to disappoint its voters. For the foreseeable future, those surveyed hardly expect any improvements such as falling prices. 62 percent of those surveyed expect prices to continue to rise, while 34 percent expect them to remain at a high level.

The pessimistic mood fits in with a waning approval of the federal government's Ukraine policy. 57 percent of those surveyed now believe the sanctions will harm Germany more than Russia. At the beginning of July, 51 percent were still of this opinion. The supporters of the Greens are the only camp with a majority (54 percent) recognizing a greater damage for Russia than for Germany.

For the first time since April, more respondents (28 percent) think Germany is doing too much to help Ukraine. Only 23 percent consider the support to be too low. At 43 percent, the proportion of those who think the amount of aid is just right is 6 percentage points lower than at the beginning of July.

The East-West divide on the question is striking: 45 percent of respondents in the new federal states consider support for Ukraine to be exaggerated. Only 34 percent find it just right and 14 percent not enough. In the west, on the other hand, the number of those who demand more or less aid is balanced at 25 percent, while 45 percent consider the current course to be the right one.

Forsa surveyed 1,004 people between July 29 and August 1 for data on the Ukraine course, inflation and government relief measures. The error tolerance is 3.0 percentage points. 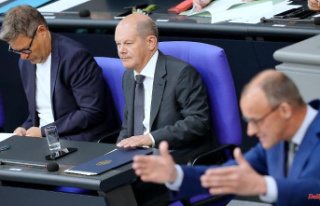