Russia in a helping role: According to the African Union, Putin is ready to export grain

Millions of inhabitants of the Sahel zone are threatened with starvation as a result of the grain shortages caused by the war. 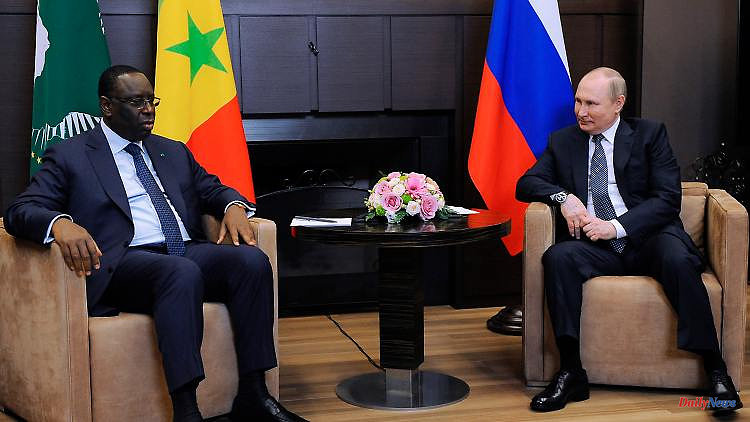 Millions of inhabitants of the Sahel zone are threatened with starvation as a result of the grain shortages caused by the war. After a meeting with Putin, the president of the African Union is hoping for support from Russia and is calling on the West to drop certain sanctions.

Sall called on "all partners to lift sanctions on wheat and fertilizer." It was not clear from the tweet whether the lifting of sanctions was a condition of Putin's for lifting the grain blockade.

Putin denied any responsibility on the part of Moscow for the shortage of grain on the world market. The crisis began even before the war in Ukraine, which Putin called a special military operation.

Sall had previously called for the export blockade to be lifted to avert a famine in Africa that could affect 60 million people in the Sahel. Russia and Ukraine are among the most important wheat suppliers in Africa. Due to the war, however, the grain no longer arrives. The head of the AU Commission, Moussa Faki Mahamat, who also attended the meeting, emphasized that the blockade is already having "devastating economic and socio-economic effects".

Africa was completely at the mercy of the situation, Sall had complained before his trip. The AU called for a ceasefire, an end to the war and the release of all food products to avert famine.

It is not Russia that is preventing wheat exports from Ukraine, Putin said on Russian television. Ukraine should remove the mines off its ports on the Black Sea coast. The Russian army will not use this for attacks, he promised. Russia could also make available the ports of Mariupol and Beryansk on the Sea of ​​Azov, which it controls, Putin said.

In fact, the Russian Navy is blockading the Ukrainian ports. The Kiev leadership does not trust Moscow's promises of safe passage of ships from Ukraine through the Black Sea. In previous statements, the Kremlin has linked an end to the grain blockade to the lifting of sanctions against Russia.

Russia wants the African Union to lobby the West for the sanctions against Russia to be lifted. The punitive measures are a reaction to the Russian war of aggression against Ukraine.

Lavrov wants to talk to the Turkish leadership next Wednesday about exporting Ukrainian grain. To this end, the mines off the Ukrainian Black Sea coast are to be defused. Turkish specialists should help with this. 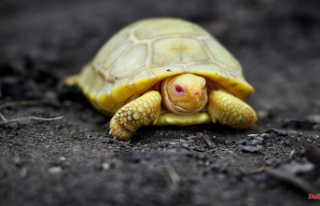