The United States believes the time for negotiations is good. 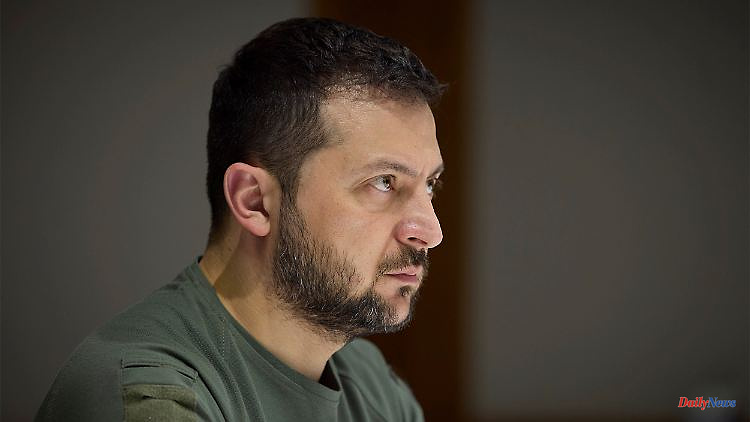 The United States believes the time for negotiations is good. But the Ukrainian President Selenskyj thinks little of a pause in the war. The only solution is the "complete destruction of Russian aggression". Meanwhile, allegations of torture are mounting on both sides.

Cancellation of the war pause: Ukrainian President Volodymyr Zelenskyy has dismissed the idea of ​​a "short-term ceasefire" with Russia, arguing that it would only make matters worse. "Russia now wants a short ceasefire, a respite to regain strength," said the president in a speech broadcast at the International Security Forum in Halifax, Canada.

Such a respite would not end the war but only make things worse, he said. "A (...) real, lasting and honest peace can only come from the complete destruction of Russian aggression," Zelenskyi emphasized in his speech.

The White House had previously reaffirmed that only the Ukrainian head of state could decide whether to open negotiations between Ukraine and Russia, thereby rejecting the suspicion that the US was putting pressure on Kyiv in this regard. US Chief of Staff Mark Milley has twice previously said that the ongoing Ukrainian recaptures could potentially be an opportunity to start negotiations for a political settlement to the conflict.

Since the start of its counter-offensive in late August, the Ukrainian army has been able to retake some areas from Russia, including the strategically important regional capital of Kherson in the south. Russia recently repeatedly attacked Ukraine's energy infrastructure. Now it was said from Kyiv that "almost half" of the Ukrainian energy system was "unable to work". Millions of Ukrainians were without electricity. At the same time, the first snow fell in the capital Kyiv. Temperatures of minus ten degrees Celsius were expected for the coming days.

After nine months of war, reports of war crimes on both sides are also increasing. The US University Yale published a study according to which hundreds of Ukrainians were arrested during the Russian occupation of Cherson and many of them disappeared. About a quarter of the people are said to have been tortured, and four of them died in captivity. According to the Conflict Observatory, a research group supported by the US State Department, the Russian military and the Russian secret service FSB were behind most of the cases.

Russia, meanwhile, accused Ukraine of executing several soldiers who are said to have previously surrendered. The Russian Defense Ministry spoke in a statement about the "deliberate and methodical murder of more than ten tied up Russian soldiers" who were "shot in the head". As evidence, Moscow referred to videos circulating on online networks. The Ukrainian army said it would verify the authenticity of these videos before investigating.

1 Because of the "Kurdistan" banner: the regional... 2 Protect plants and furniture: Make the balcony fall-... 3 North Rhine-Westphalia: accident with three injuries:... 4 The day of the war at a glance: Kyiv: No offer from... 5 "Collina's heirs" explain: How the... 6 The Ministry of Finance has been informed: Ex-Bundesbank... 7 Numerous flight cancellations: almost two meters of... 8 Rare event at the official residence: Biden's... 9 Bavaria: car mirror captured young pedestrians 10 Mecklenburg-Western Pomerania: SSC Schwerin suffered... 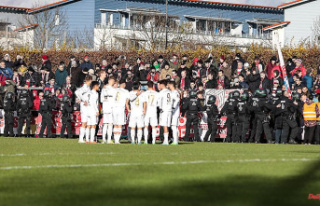 Because of the "Kurdistan" banner: the regional...