Russian circle is founded: How Putin prepares the annexation

Russia sends its officials into the governments of the so-called People's Republics, issues passports in occupied districts and plans referendums on annexation. 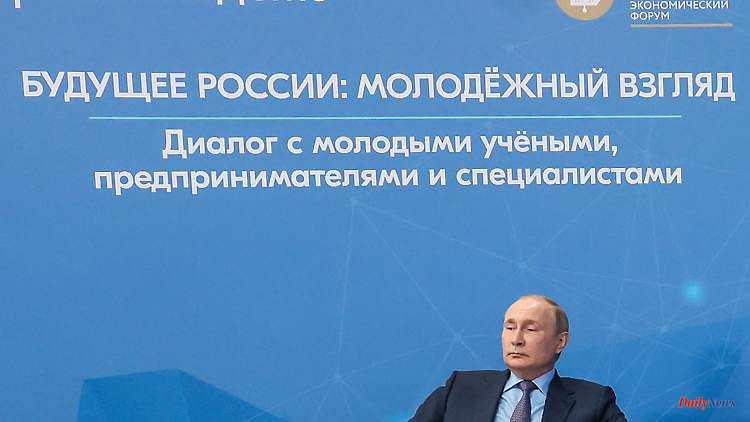 Russia sends its officials into the governments of the so-called People's Republics, issues passports in occupied districts and plans referendums on annexation. In fact, the occupied Ukrainian territories are already being annexed.

Since the beginning of the Donbass war in spring 2014, the so-called People's Republics of Donetsk and Luhansk have been clearly dependent on Russia. At least twice during the hot phase of the war up until February 2015, regular Russian troops were deployed to the battlefield. But Russia only controlled the basic orientation of the internationally unrecognized republics. There was still a kind of domestic politics on site. In fact, relations between Donetsk and Luhansk were quite complicated because the former heads of the republics were engaged in a conflict.

Between 2017 and 2018, the leaders of the "People's Republics" were changed in different ways, since then Moscow has increasingly taken the helm. Russian passports have been issued to the residents of the occupied territories since 2019, and in autumn 2021 they were able to take part in the Russian Duma elections. Large-scale political and economic integration processes with Russia were also ongoing last year.

It was therefore already clear for a long time that no real "separatists" were at work in Donetsk and Luhansk. But now, more than three months after the start of the full-scale invasion of Russia, the last masks are falling. Significant changes were made in the governments and other power structures of the alleged people's republics this week. For example, the head of government of the People's Republic of Donetsk became the Russian official Vitaly Chotsenko, who had previously served as department head in the Russian Ministry of Industry and Trade. The Kremlin-affiliated political technologist Alexander Kostomarov, who used to work in the administrations of four Russian districts, was appointed "chief of staff", a kind of head of the "president's office".

One of the most prominent replacements in the so-called Luhansk People's Republic was the appointment of the former deputy governor of Russia's Kurgan district, Vladislav Kuznetsov, who now works as deputy head of government in Luhansk. According to the Russian exile medium Meduza, based in Riga, Latvia, there are plans to replace the two "presidents" Denis Puschilin and Leonid Passechnik with Russian officials. "There must be no confusion in the distribution of budgetary funds by sinister local characters. The money must flow in the right direction," Meduza quoted a source close to the Russian presidential administration as saying.

Three other sources close to Putin's presidential administration also report plans to unite the "people's republics" of Donetsk and Luhansk and the occupied parts of the Ukrainian districts of Kherson and Zaporizhia into a new Russian federal district. The occupied Ukrainian regions should not join any of the eight existing Russian federal districts. Despite minor counter-offensives by the Ukrainians, almost the entire territory of the southern Ukrainian district of Kherson is under Russian occupation. According to Ukrainian data, the Russians control almost 60 percent of the oblast in the Zaporizhia district, but they haven't been able to get any closer to the city itself for a long time.

According to information from Meduza, the annexation is to be consolidated by holding mock referendums. Two dates are currently being discussed: at the end of July, when the situation at the front has calmed down, which is unlikely, or on September 11th, which is said to be the more realistic option. In Russia, this is the so-called unified election day: where local elections are pending, they will be held on the second Sunday in September. But here too there are questions as to whether the military situation will allow the alleged referendums to be carried out or how sensible it is from a Russian perspective to hold a referendum in the Zaporizhia district without having brought its capital under control. The occupation of Zaporizhia currently appears militarily very unlikely.

It is also noteworthy that Sergei Kiriyenko, who is the first deputy head of the Russian presidential administration responsible for Russian domestic policy, visited the occupied town of Melitopol in the Zaporizhia district on June 7 - not his first visit to the newly occupied territory since February 24 . Several Russian media have reported in recent weeks and months that Kiriyenko has assumed responsibility for the trials in the so-called Donetsk and Luhansk People's Republics and in the wider occupied territory of Ukraine. The other deputy, Dmitry Kozak, who was born in Ukraine, used to be responsible for this. He steered the negotiations in the Minsk process and was seen internally as a supporter of a diplomatic solution.

Kozak is one of the few in the Russian leadership who has a realistic view of political life in Ukraine. However, he has not been heard from since the start of the full-scale invasion. The fact that the coordinator of Russian domestic policy is now being made responsible for the occupied territories is another clear signal that Russia is not only planning a formal annexation of the occupied territories, but has already carried this out to a significant extent.

Especially since Russian passports have also been issued in the occupied areas of the Cherson and Zaporizhia districts for a few weeks - Putin has extended his decree from 2019, which applied to the residents of the so-called People's Republics. This makes diplomatic solutions virtually impossible for Russia. Because Ukraine has signaled several times that it will withdraw from the peace negotiations, which are hardly going on anyway, in the event of the annexation of further Ukrainian territories. However, Russia obviously has no interest in a negotiated solution. 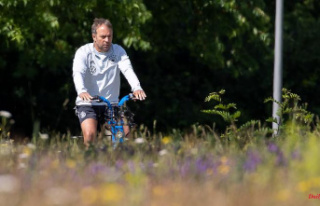 Still without a win in the Nations League: national...