The best-known independent newspaper in Russia, "Novaya Gazeta", is no longer allowed to report online. 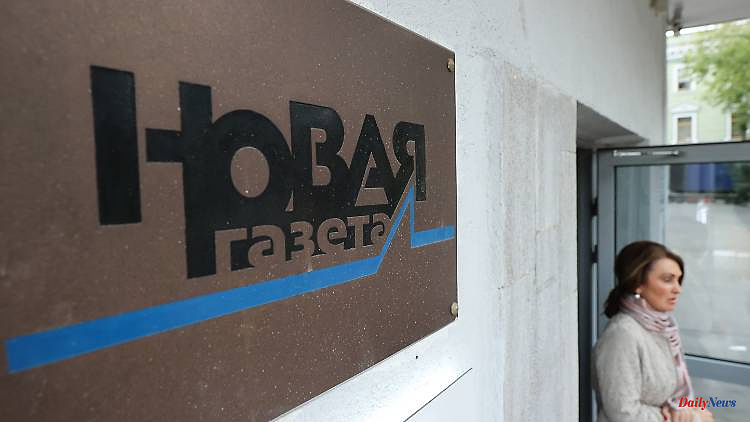 The best-known independent newspaper in Russia, "Novaya Gazeta", is no longer allowed to report online. The Russian judiciary revoked her license for the website. According to the media regulator, she violated the law against "foreign agents." The newspaper wants to fight against it.

The Russian judiciary has now revoked the license for the website of "Novaya Gazeta", the country's best-known independent newspaper. Russia's Supreme Court has "ordered the cessation of the activities of the 'Novaya Gazeta' website (novayagazeta.ru) as a Russian medium," the newspaper said in a statement circulated via online networks.

The decision was made at the request of the Russian media regulator Roskomnadzor, which had accused Novaya Gazeta of violating the law against "foreign agents". "We have the right to appeal the decision, we will certainly use it," announced the newspaper's leadership in its statement.

"Novaya Gazeta" had already stopped publishing its print and online editions in March as part of the campaign against critics of the Russian military intervention in Ukraine. Due to new restrictions on reporting on the Ukraine conflict, she announced that she would suspend her reporting until the end. Most of the newspaper's reporters and editors left Russia.

A week and a half ago, a Moscow court revoked the printing license of Novaya Gazeta. The decision came shortly after the death of the last head of state in the Soviet Union, Mikhail Gorbachev, who had helped found Novaya Gazeta in the 1990s.

Independent Russian media have been under great pressure for years. With the start of the Russian military intervention in Ukraine, their situation has worsened again. Meanwhile, all major independent media outlets in Russia have either shut down or suspended their domestic activities amid restrictions and the threat of reprisals on reporting on the Russian military operation. The editor-in-chief of "Novaya Gazeta", Dmitri Muratov, was awarded the Nobel Peace Prize last year. 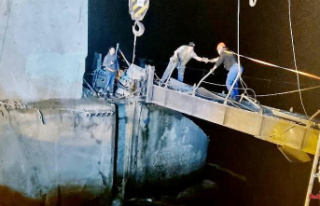 Map of the situation in Ukraine: dam attack threatens...