Russian occupiers in Cherson: when you suddenly pay in rubles

Russian troops have been occupying Cherson for weeks and want to formally annex it to Russia. 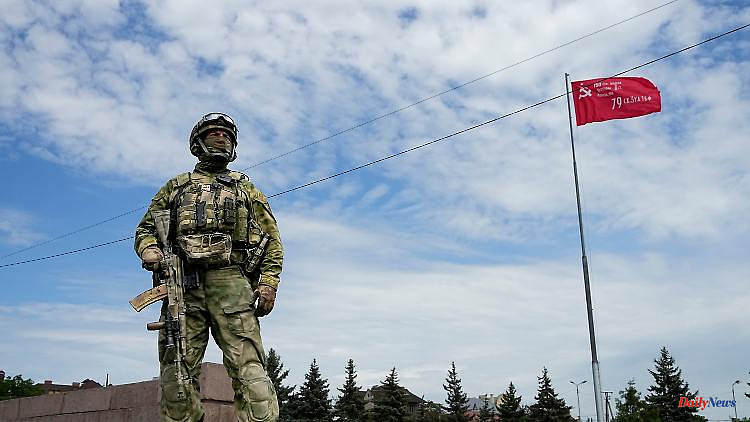 Russian troops have been occupying Cherson for weeks and want to formally annex it to Russia. The Ministry of Defense is now inviting people to a press trip and stressing that the public's protest is "limited". Almost half have fled, some express concern.

Russian flags fly in Kherson, albeit few. It has been more than two months since the southern Ukrainian city was taken by Russian troops. Now the new rulers installed by Moscow are pushing for formal annexation to Russia. The residents of the city are worried - and want a return to normality.

Greater Kherson is the only region of Ukraine fully controlled by Russian troops. The Russian military quickly moved into the area from the neighboring Crimean Peninsula in early March. At that time, the Ukrainian troops were mainly concerned with defending the capital Kyiv.

Much of the information leaking out of Cherson since the Russian conquest came from the new administration put in place by Russia. Now the Russian Ministry of Defense organized a press trip to Kherson, in which journalists from the AFP news agency took part.

The Kherson region is little devastated compared to other parts of Ukraine. The city's AFP reporters said there were no signs of destruction other than a few burned-out military vehicles on the city's exit roads. Occasional artillery salvos and anti-aircraft fire could be heard from the front line some 60 kilometers away.

Messages had appeared on Telegram that soldiers in Kherson were said to have broken up protests against Russian control. Alexander Kobez, who Moscow has put in charge of Kherson for the time being, describes the pro-Ukrainian protests as "limited" and "expectable".

Visiting a bus station in Kherson, driver Alexander Loginov told AFP reporters that people were "very concerned". Their list of concerns included instability and the payment of wages because "Ukrainian banks are closing," explains the 47-year-old. Since Monday, the ruble has been the official currency in Kherson alongside the Ukrainian hryvnia. "To be honest, it's just war," muses Loginow. "A lot of people still don't understand what happened."

Kobez, meanwhile, says he's focused on two things: he wants to make sure the local population doesn't feel abandoned -- and that Kherson should be officially recognized as part of Russia. Many high-ranking Russian officials also want the latter.

With control of Kherson and parts of the neighboring region of Zaporizhia, the Kremlin wants to create a strategic land connection between the Russian-controlled areas of Ukraine and the Crimean Peninsula, which Russia annexed in 2014.

In the city of Cherson itself, the Russian army acts rather discreetly. There are numerous checkpoints in the surrounding countryside and patrols can be seen near heavily forested areas.

Many residents have left Kherson. Ukrainian authorities estimate that 45 percent of the former 300,000 residents have fled, as well as 20 percent of the population from the surrounding region, which was home to around a million people before the war. According to an AFP reporter, more than half of the city's shops and cafes were closed when he visited.

In Skadovsk, a small port city on the Black Sea, 100 kilometers south of the regional capital of Kherson, passersby don't want to talk about their life under Russian control. Only Vera Mironenko, a single mother, is willing to speak. She had to give up her job in a shop and is living off her savings, she says.

Mironenko complains about the "stratospheric prices" for food and the impossibility of getting medicine. "We are waiting for life to return to normal," she says. "We are at least waiting for some form of authority."

1 "The patent is still there": Dispute over... 2 More dogs end up in animal shelters: the dog boom... 3 "I'm no longer in pain": Schotte gets... 4 Bavaria: Going too fast: More speed violations on... 5 Baden-Württemberg: motor boat sinks on Lake Constance 6 Thousands of soldiers, 75 aircraft: maneuvers planned... 7 More deaths than cars: US children die most often... 8 Additional claims possible: Hard times are dawning... 9 Hesse: Aid fund supports victims of the Volkmarsen... 10 Baden-Württemberg: Over 120 cars in the "Paul... 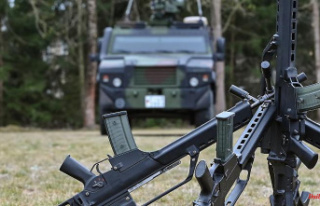 "The patent is still there": Dispute over...