If Ukraine loses the war, then other countries like Poland or the Czech Republic will be in danger: With this appeal, the Ukrainian President addresses the more than 40 states at the European summit. 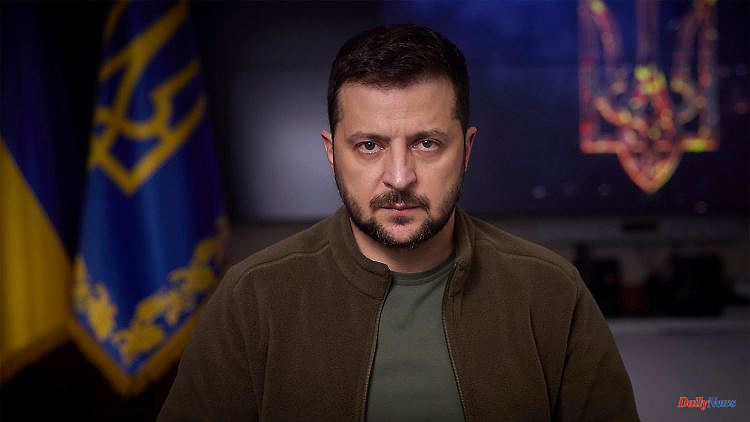 If Ukraine loses the war, then other countries like Poland or the Czech Republic will be in danger: With this appeal, the Ukrainian President addresses the more than 40 states at the European summit. He calls Russia the most anti-European country in the world and called for security guarantees before joining NATO.

Ukrainian President Volodymyr Zelenskyy has warned of Russian attacks on other countries in Europe should Ukraine lose the war. In a video address to the founding summit of the new European Political Community in Prague, Zelenskyy called for further arms aid from the West to prevent "Russian tanks from going to Warsaw or Prague." However, the summit failed to provide a concrete answer.

"The aggressor must be punished, and this war must be won now - so that the Russian fleet cannot block other ports in the Black Sea, the Mediterranean or any other sea. So that the Russian tanks cannot advance on Warsaw or Prague," said Zelenskyj.

He also called on the so-called European Political Community to show more solidarity with his country. "There are no representatives of Russia here - a state that appears to be part of Europe geographically, but is the most anti-European state in the world in terms of its values ​​and behavior," the 44-year-old said.

"We are dealing with a state that does not want peace," said Zelenskyy. He called for sanctions against Moscow to be tightened. In addition, Russia must be excluded from international organizations such as the United Nations and a war crimes tribunal set up. Zelenskyi demanded security guarantees for Ukraine from the West before future NATO accession. He emphasized: "Our European political community can become a European community of peace."

More than 40 European heads of state and government met in Prague to found the European Political Community. The new discussion format came about on the initiative of French President Emmanuel Macron.

Against the background of the Russian war of aggression against Ukraine, the meeting in Prague was intended to send a signal of European unity to Kremlin boss Vladimir Putin. The goals of the new community of 44 states are "more stability, more security, more peace," said EU Council President Charles Michel. In addition to Ukraine and the EU countries, the new community includes Turkey, the Western Balkans and the former Soviet republics of Armenia and Azerbaijan. Prime Minister Denys Schmyhal traveled to Prague for Ukraine.

1 Otherwise there is a risk of imprisonment and persecution:... 2 "Almost a luxury good": Coffee prices are... 3 "Shock" before the primetime game: DFB star... 4 "Happy 18th": Alexander Zverev celebrates... 5 Overnight money picks up speed: ING pays one percent... 6 Combined fun and benefit: Classic drive at the Creme21... 7 Bavaria: 51-year-old driver gets into water and dies 8 North Rhine-Westphalia: A45 bridges off: demo in Lüdenscheid... 9 Bavaria: Flooding due to problems at hydroelectric... 10 Baden-Württemberg: Significantly more corona patients... 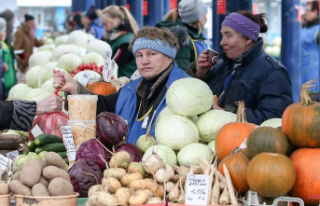 Otherwise there is a risk of imprisonment and persecution:...