Russians forced to retreat: turning point in the war? Ukrainians break through at Balaklija

Surprising movements in Ukraine: The Ukrainian advances near Kharkiv are apparently making much better progress than expected. 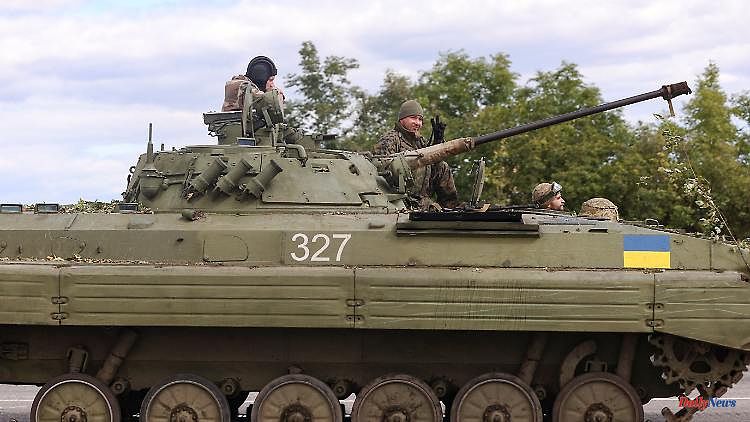 Surprising movements in Ukraine: The Ukrainian advances near Kharkiv are apparently making much better progress than expected. Putin's invading army is coming under pressure at several points along the more than 1,000-kilometer front line. Where exactly is fighting currently taking place in Ukraine?

The war in Ukraine is entering a new phase: the "special military operation," as the illegal war of aggression against Ukraine is still officially called in Moscow, is obviously anything but going according to plan from the Kremlin's perspective.

More than six months after the start of the war, the Russian invaders are faced with unexpectedly heavy Ukrainian counterattacks. In the past few days, the Ukrainians have been able to force Russian troops to withdraw from several sectors of the front. Contrary to what many Western experts expected, the Ukrainian armed forces are apparently capable of larger offensive operations.

The Ukrainian advances are causing massive difficulties for Putin's soldiers, and not just in the Cherson area: the Ukrainians are now also advancing several hundred kilometers to the north-east in the Kharkiv area. There, the Ukrainian attack on Balaklija apparently expanded into a major front breakthrough. According to unconfirmed information, Ukrainian spearheads have already advanced much further there than previously known.

For example, footage showing Ukrainian fighters near Volochiv Yar has already been circulating online. The settlement is about 16 kilometers north-east of Balaklija in the direction of Kupyansk. The town has greater strategic importance: the highway from Kharkiv to Izjum runs there, among other things. If the Ukrainians can hold out there, one of the most important supply routes for Russian forces in the Izyum region would be cut off.

According to consistent reports, the much-heralded offensive on the Kherson front is also progressing. The Ukrainian leadership has so far kept a low profile on the progress. So far there has been no official information from Kyiv on the deployment of Ukrainian forces. However, there is indirect evidence of where the front lines between Ukrainian and Russian positions are: In the general staff situation report in Kyiv, the list of settlements under Russian shelling shows more and more place names every day that until recently were completely in Russian hands.

The Ukrainian troops are therefore on the advance in the Cherson region on at least three front sectors. Heavy fighting is reported from the combat areas between Mykolayiv and the regional metropolis of Cherson, from the arc of the front near Kostromka north-east of Cherson and from the settlements south of Wyssokopillja. The Russian occupation army is fighting there with its back to the Dnipro. Ukrainian airstrikes cut all road connections to the east bank of the Dnipro. The last ferry connections are under fire.

How catastrophic the military situation is for Russia is still unclear. Apparently, however, the Ukrainians are making better progress than expected. The extent of the frontline breakthrough at Balaklija, for example, appears to have exceeded even Ukrainian expectations. The Ukrainian President Volodymyr Zelenskyj recently spoke expressly of the "good news from the Kharkiv region" without going into any further detail.

A spokesman for the General Staff of the Ukrainian Armed Forces said the armed forces of Ukraine had advanced up to 50 kilometers behind enemy lines near Balaklija. Observers in western military and intelligence circles were impressed by the offensive successes of the Ukrainians: "We can see the demonstrable success of our efforts on the battlefield," US Secretary of Defense Lloyd Austin summarized the situation with a view to the effects of western arms deliveries.

Military experts are puzzled: How was it possible for the predominantly lightly armored Ukrainian units to push through Russian positions at this speed and at such depths? There is an obvious answer to this question that at least sounds plausible. The Ukrainian advance seems to have hit extremely thin Russian lines near Kharkiv in a previously relatively quiet section of the front.

The Russian command may have tried to strengthen the clout of the Russian formations beyond the Dnipro by withdrawing combat-capable units. How will the Kremlin react to the new situation? The coming days will show to what extent the Russian military still has sufficient reserves to contain the breakthrough at Kharkiv and at the same time avert further setbacks in the Battle of Cherson.

1 Further savings expected: Opel is cutting up to 1,000... 2 Sale for up to 20 billion: Bahn subsidiary Schenker... 3 Potter comes from the competitor: Chelsea dig deep... 4 Many advocates, few options: Mick Schumacher is running... 5 Brutal attack at high school: Swedish ax murderer... 6 Wet weekend: hurricane remnants shovel up another... 7 Secret plans leaked: This happens after the death... 8 School enrollment of the children: William travels... 9 None under 1000 euros: why the new iPhones are so... 10 Mecklenburg-Western Pomerania: Tourists want to attract... 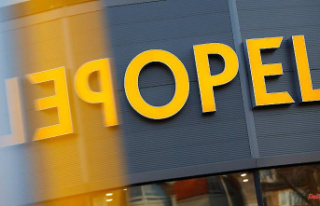