"Satan on the way to hell": Iranian media cheer attack on Rushdie 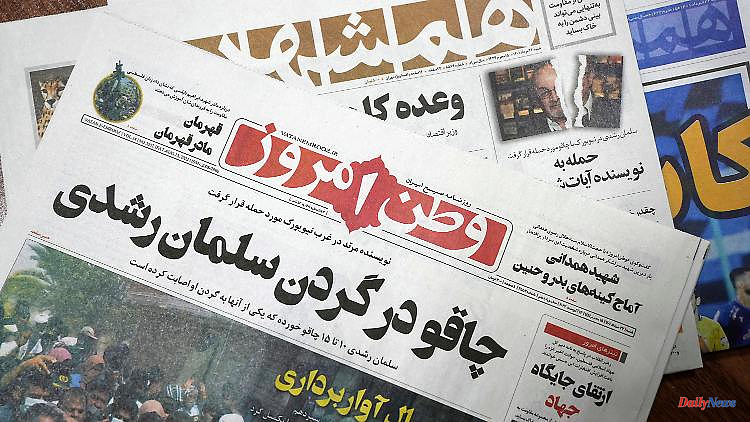 The assassination attempt on the author Salman Rushdie caused consternation worldwide. Not so in Iran, whose former revolutionary leader Khomeini called for the author's murder in 1989: media close to the regime indulge in hymns of praise for the man who stabbed Rushdie.

The knife attack on the writer Salman Rushdie, who became world famous for his novel "The Satanic Verses", has been welcomed in the Iranian media. The pro-government newspaper "Kayhan", whose editor-in-chief will be appointed by Iran's secular and spiritual leader Ali Khamenei, wrote: "A thousand bravos (...) for the courageous and dutiful person who attacked the renegade and evil Salman Rushdie in New York Has". It went on to say, "The hand of the man who wrung the throat of the enemy of God must be kissed."

The headline in the hard-line newspaper Vatan Emrooz read: "Knife in the neck of Salman Rushdie". The newspaper "Chorasan" carried the headline: "Satan on the way to hell". The news site Asr Iran published a quote from Khamenei saying that the "arrow" fired by former Iranian revolutionary leader Ayatollah Ruhollah Khomeini will one day hit the target. No statement has yet been received from the leadership in Tehran.

In 1989, Khamenei's predecessor, Khomeni, published a fatwa for Rushdie's novel The Satanic Verses, calling for the author's assassination. Many Muslims saw the book as blasphemy and an insult to the Prophet Muhammad. The book was banned in many Islamic countries. The Iranian leadership later backed down from this call. However, Khamenei declared in 2019 that the fatwa was irrevocable. Iranian organizations had offered a reward for killing Rushdie.

Rushdie was attacked with a knife by an assailant on stage at a lecture event in upstate New York on Friday. After an emergency operation, the 75-year-old was put on a ventilator. According to his literary agent Andrew Wylie, Rushdie is likely to lose an eye. In addition, nerves in one arm were severed and his liver injured. Police arrested a 24-year-old from the state of New Jersey as a suspect. She has not yet commented on a motive for the crime. The attack sparked outrage around the world. 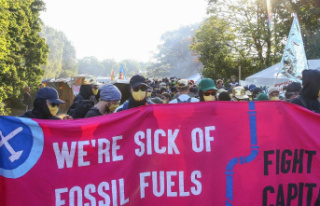