"Satans of the world": Iran blames West for protests

The nationwide protests in Iran have been going on for months. 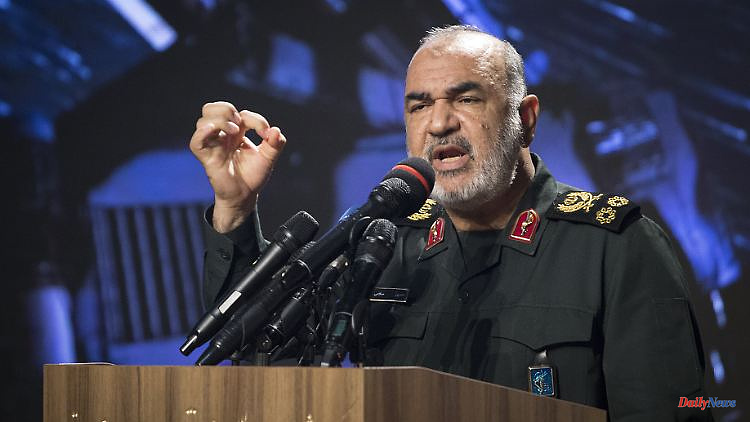 The nationwide protests in Iran have been going on for months. The commander of the Iranian Revolutionary Guard now again accuses the western countries of being responsible for them - Germany explicitly appears in his list.

The commander of the Iranian Revolutionary Guards Corps (IRGC) has once again blamed the West for the system-critical protests in the country. Iran's enemies are preparing for war, Hussein Salami said during a speech in the city of Qom. "All the satans of the world have gathered. America, England, Germany, France, Israel, the Saudis and more."

It was the first time a senior IRGC member had publicly referred to Germany as "Satan". Salami continued to warn of an internal conflict in the country. However, observers see the words as an attempt to distract from the causes of the nationwide protests. The commander was recently sanctioned by the EU for Iranian arms deliveries to Russia for the war in Ukraine. Last Wednesday, too, numerous people took to the streets to protest.

Activists had called for three-day demonstrations and strikes to commemorate the "bloody November" of 2019, when security forces violently crushed protests. Hundreds of demonstrators are said to have been killed three years ago. The latest wave of protests against the Islamic Republic's authoritarian policies was triggered by the death of Iranian Kurd Mahsa Amini. She died in police custody on September 16 after being arrested for breaking Islamic dress codes. 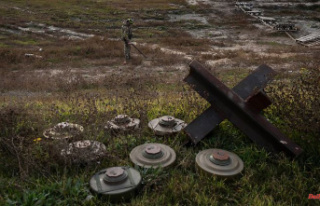