There are even voices from her own party that would like to skim off additional profits resulting from the crisis. 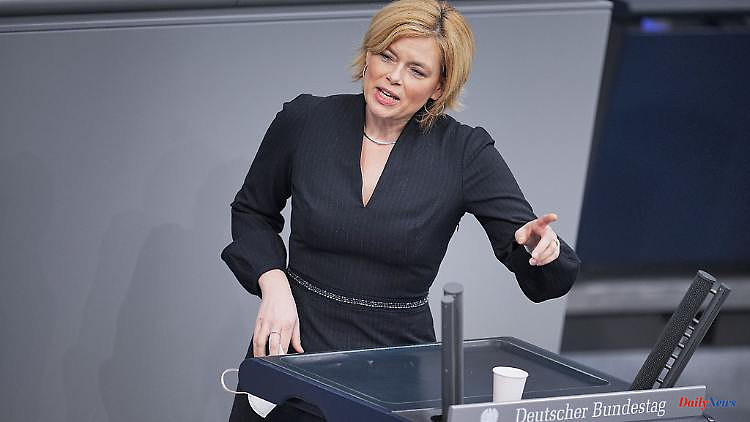 There are even voices from her own party that would like to skim off additional profits resulting from the crisis. Julia Klöckner, however, contradicts Union parliamentary group leader Spahn and clearly rejects an excess profit tax: it could even aggravate the tense situation.

The economic policy spokeswoman for the Union parliamentary group in the Bundestag, Julia Klöckner, spoke out against an excess profit tax on additional profits made by the oil companies as a result of increased energy prices as a result of the Ukraine crisis. "High prices and profits are usually an expression of scarcity, also on the energy markets. Determining and taxing their "excess profit" inhibits innovation and research," said the CDU politician. The distinction between good and bad profits is "questionable and problematic".

A push by Bremen, Berlin and Thuringia for a special tax on high additional profits made by companies as a result of the Ukraine war met with resistance in the Federal Council and the Ministry of Finance. The three countries want the Bundesrat to ask the federal government to submit a proposal for the temporary levying of such a tax for 2022. State relief measures are to be financed from the revenue.

Klöckner's party friend, Jens Spahn from the CDU, who is responsible for the economy, had explained in the "Bild am Sonntag" with regard to the temporarily reduced mineral oil tax: "If the oil multinationals put it into their own pockets, you have to use these unjustified extra Skim off profits with a tax like in the UK."

Klöckner warned that "excess profit" is difficult to define, constitutionally difficult, bureaucratic, non-systematic for German tax law and therefore "very prone to dispute". Such a special tax or a higher tax on profits will prompt international mineral oil companies to switch to more attractive sales markets. "The result would be further shortages and higher prices."

Only very few oil companies are taxable in Germany, "so that taxing excess profits would be primarily symbolic," said Klöckner. Companies would pass such a tax on to customers. The profits would already be recorded and charged for income tax. The higher the profits, the higher the taxes to be paid. "Introducing special taxes for individual sectors depending on the economic situation would encourage arbitrariness and populism." 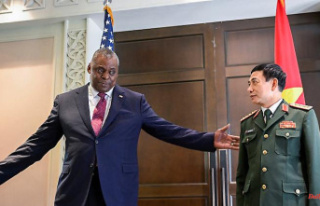 After threat of war: US blames China for destabilizing...