Scholz releases the "Marder": Why now?

It is not the decision that is surprising, but the timing: After much hesitation, Chancellor Scholz clears the way for the delivery of German armored personnel carriers to the Ukraine. 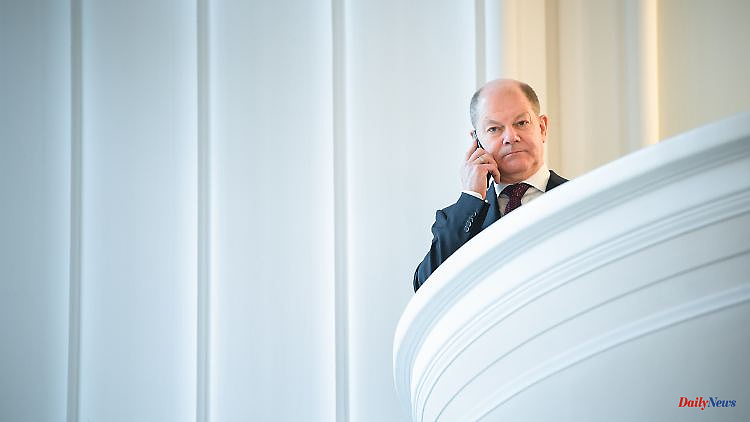 It is not the decision that is surprising, but the timing: After much hesitation, Chancellor Scholz clears the way for the delivery of German armored personnel carriers to the Ukraine. The government and the SPD provide arguments why Germany must break new ground - and have long since ruled out nothing.

No, the German government does not want the delivery of around 40 German Marder armored personnel carriers to Ukraine to be seen as a course correction or even a turnaround. "It's completely in line with what we said from the beginning about supporting Ukraine," said government spokesman Steffen Hebestreit. Namely, that Ukraine gets everything it needs, as long as this is done in consultation with the alliance partners and NATO does not become a war party. Hebestreit's boss, Chancellor Olaf Scholz, will save himself a personal statement on Friday after he spoke to US President Joe Biden the evening before and both then communicated the delivery of the "Marder" and 50 Bradley armored personnel carriers to that of Russia invaded country have proclaimed. It almost seems as if the Chancellery wants to keep the excitement about the decision small.

There will be a "qualitatively new step" in the support of Ukraine, it was said from circles in the federal government shortly before the transatlantic phone call, as reported by the "Süddeutsche Zeitung" and "Frankfurter Allgemeine Zeitung". It quickly became known that Scholz had decided to provide "Marder" - just as politicians from the coalition and opposition had been demanding since spring. The question remains why the decision was made now and not earlier?

Hebestreit explains it this way on Friday: The ring exchanges "slowly came to an end". In other words, the other armies in Europe no longer have any war material from the Soviet era ready that they could make available to the Ukraine in return for new equipment from Germany. Then there is the ammunition, for example for T-72 tanks, for which there is little manufacturing capacity in Europe, while Ukrainian production facilities have been targeted and destroyed by Russia.

Nils Schmid, foreign policy spokesman for the SPD parliamentary group, also refers to these circumstances: "Over the past few weeks and months, we have seen that Ukraine is reaching its limits with weapons of Soviet design," says Schmid to ntv.de. "That applies to both the ammunition and the operational readiness of the equipment." And: "At the same time, we have to prepare for a longer war. Putin's will to aggressiveness is not diminishing. So far he has not refrained from any of his war aims."

Hebestreit also pointed out in the federal press conference that "the war situation in Ukraine has changed." Russia is destroying the country's civilian infrastructure with massive airstrikes, while hostilities on the ground are expected to increase as soon as it gets warmer. "You have to see how you can react," says Hebestreit. However, the decision to equip an entire Ukrainian battalion with "marders" by the end of March has far-reaching consequences. First, logistics chains must be set up to service and repair the "Marder" near the Ukrainian border. Secondly, the training of the Ukrainian tank drivers on the new device lasts eight weeks.

But a third aspect weighs more heavily: because of the 100 "marders" stored at Rheinmetall, 40 devices were handed over to Greece as part of a ring exchange and the other 60 have not yet been upgraded according to information from RTL and ntv, the 40 armored personnel carriers are partly given to the Stock taken from the Bundeswehr. This, in turn, is to receive a replacement from Rheinmetall within months - a domestic German ring exchange with industry. The Bundeswehr also initially provided the "Marder" ammunition. After the series of breakdowns at the "Marder" successor "Puma", the Bundeswehr is dependent on the "Marder" for a short time. With its latest decision, the federal government is risking something that it had previously named as a criterion for excluding arms deliveries: weakening Germany's own defense capabilities.

Anyone who wanted to could very well classify the decision by Scholz and Biden as a course change. Especially since Berlin announced a second notable decision on Thursday evening, which initially went down a bit after months of tank debate: Germany will also provide Ukraine with Patriot-type air defense systems. Just before Christmas, Hebestreit had explicitly ruled out such a step - with reference to the fact that the operational Patriots are planned for NATO alliance defense in Slovakia and Poland.

"At the request of the Americans, we said we are still looking for components that we can put together such a system," says Hebestreit now. A spokesman for the Federal Ministry of Defense adds in this context that it is "a feat of strength for the Bundeswehr to provide another system together with the Americans". Apparently, the Americans will also take care of transferring the complex, multi-part system to Ukraine. Hebestreit voluntarily acknowledges that Washington has been pushing for more military support from Germany, and thus makes little secret of who is waving the baton on the issue of Western arms sales to Ukraine.

Since Scholz has been playing the role of the level-headed since the beginning of the war and has others press ahead with demands, this portrayal may not even be unwelcome to him. The chancellor's rhetorical reticence on the issue of arms deliveries is well received by the population. The fact that French President Emmanuel Macron rushed ahead on Wednesday when he announced a day before Scholz and Biden that his country would provide "light battle tanks" of the AMX-10 type is not a problem for the Chancellor from this perspective.

Even though CSU regional group leader Alexander Dobrindt said on "ntv Frühstart" that Scholz and the federal government were always "driven" when supporting Ukraine, and CSU boss Söder complained: "Macron is acting, Scholz is hesitating." SPD foreign politician Schmid takes it calmly: "The fact that President Macron announced the decision to supply French armored vehicles two days before the phone call from Scholz and Biden looks a bit unfortunate at first, but it's not tragic. What matters is that the process was coordinated."

More annoying for Scholz is the fact that, as soon as he has made a decision of great importance, he is confronted with further demands. In an interview with ntv.de, Greens defense politician Sara Nanni calls for the delivery of "Leopard 1" tanks. Marie-Agnes Strack-Zimmermann, FDP politician and chairwoman of the defense committee, wants to see the modern version of the German battle tank, the "Leopard 2" used in Ukraine, just like Green Party politician Anton Hofreiter. Hebestreit reacts to a corresponding question with incomprehension, but more because of the point in time, after Scholz has just made decisions. In addition, further escalation is not mandatory, the war should eventually come to an end.

Hebestreit apparently does not want to rule out anything. New tones of determination can also be heard from the SPD. "Ukraine can rely on us to do what is necessary to support them in their defensive struggle. This also means that there are no taboos when it comes to the types of weapons that we make available," said foreign policy spokesman Schmid ntv.de. NATO should not only become a war party. "Providing Ukraine with heavy battle tanks or combat aircraft would have a different quality. These devices have a completely different fighting power. But that can develop, we'll keep it open." 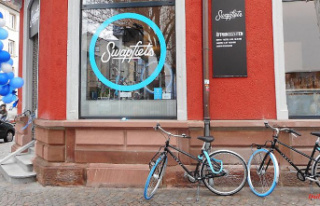