Selenskyj asks for more weapons: Russia is attacking in the east, Ukraine in the south

While the Russian troops in the Donbass are gaining ground and preparing offensives, the Ukrainian army is attacking in the south. 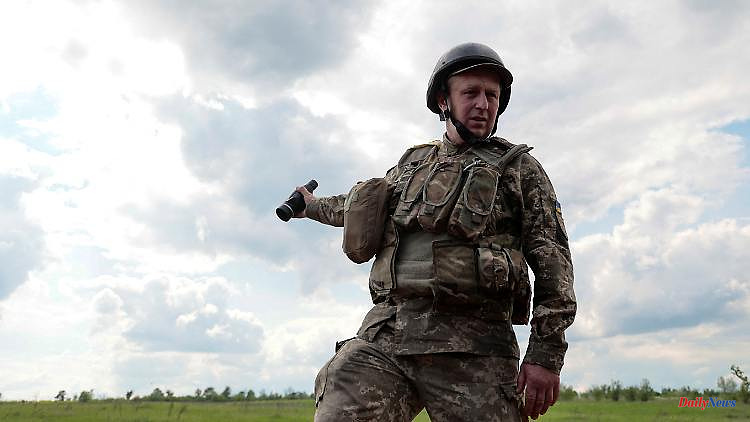 While the Russian troops in the Donbass are gaining ground and preparing offensives, the Ukrainian army is attacking in the south. However, a rapid advance of the Russians in urban areas is not to be expected.

"In the Sloviansk area, the enemy units have regrouped their forces in order to renew the offensive in the Izyum - Barvenkove and Izyum - Sloviansk directions," the Ukrainian General Staff said. In preparation, 250 military vehicles were moved to the Izyum area and a railway bridge in the area was also repaired to speed up supplies. A squadron of Ka-52 attack helicopters was also stationed north of Izyum. The Ka-52 is considered to be the most modern heavy attack helicopter in Russia. In addition, the Russian troops are in the process of repositioning themselves in Lyman, north-east of Sloviansk.

In the Luhansk region, the area around the neighboring cities of Sievjerodonetsk and Lysychansk is still the focus of Russian attacks. To the west, the Russian troops are trying to advance in the direction of Bakhmut and thus cut the last supply line in the direction of Sievjerodonetsk. In heavy fighting in urban areas, the Russian advance will probably be slow, writes the US think tank Institute for the Study of War (ISW) in its most recent analysis.

Meanwhile, the ISW sees evidence that the Ukrainian army has achieved success with its limited counter-offensive on the border with the Kherson region. The ISW does not assume that Ukraine will be able to win back larger territories via this counter-offensive in the short term. However, Russia could be forced to move more troops there that would have to be withdrawn elsewhere. The administrative integration of the Cherson region could at least be slowed down by the attacks.

There is a pattern as the war progresses, military strategist Mike Martin, who is currently a researcher at King's College London, wrote on Twitter. The Russians would concentrate forces in one area but would be weaker on other fronts. The Ukrainians "trade space for attrition," retreating while inflicting casualties on the Russian army before eventually launching a counteroffensive elsewhere.

If Ukraine can hold onto the Seyerodonetsk region, "then things really don't look good for Russia," writes Martin. If Russia does take the city, Putin could announce that he has "liberated" the Luhansk region.

Martin points out that Russia has had to steadily reduce its war goals: from the "denazification" of Ukraine - that is, a military victory over the entire country - to the conquest of Luhansk and Donetsk. In fact, Russian Foreign Minister Sergei Lavrov has just described taking Donbass as an "unconditional priority."

It is about pushing the Ukrainian army out of the Donetsk and Luhansk regions, Lavrov said in an interview with a French broadcaster, according to his ministry. In other areas, the decision lies "with the people themselves". Lavrov could have meant holding pseudo-referendums on union with Russia or the formation of "people's republics" in the Cherson and Zaporizhia regions.

Ukrainian President Volodymyr Zelenskyy accused Russia of having already largely destroyed Sievjerodonetsk. The entire infrastructure was destroyed, said Selenskyj in a video message. "90 percent of the houses are damaged. More than two-thirds of the city's housing stock has been completely destroyed." The city is constantly being shot at. The Russian army wanted to capture Sieverodonetsk at all costs. "And they don't care how many lives they have to pay for trying."

Ukraine is doing everything to contain the offensive. "There wasn't a single day that we didn't try to find more weapons, more modern weapons, to protect our country, our people," said Zelenskyy.

According to British figures, Russia has suffered "devastating casualties" in its officer corps. Brigade and battalion commanders are active on the front line, the Ministry of Defense said in London, citing intelligence findings. On the one hand, this is because they are held personally responsible for the success of their units. In addition, the Russian army lacked qualified non-commissioned officers who fulfilled this role in Western armed forces.

But these heavy losses would have several consequences for the Russian armed forces, the ministry stressed. For example, newly formed battalions are probably less effective due to the lack of junior leaders. In addition, there is a danger that existing problems such as a lack of discipline and weak morals will be exacerbated. There are credible reports of isolated mutinies. After all, the modernization of the army will become even more difficult.

According to Ukrainian data, which cannot be verified, more than 30,000 Russian soldiers have already been killed in the war.

The day of the war at a glance: civilians are supposed to flee Sloviansk - international aid for Ukraine is decreasing
BREAKING NEWS 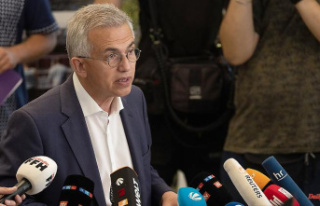 Feldmann has to go to court: Charges against Frankfurt...