Senators agree: US gun laws should be slightly tightened

After the recent shootings in the United States, Biden is again calling for far-reaching gun law reforms. 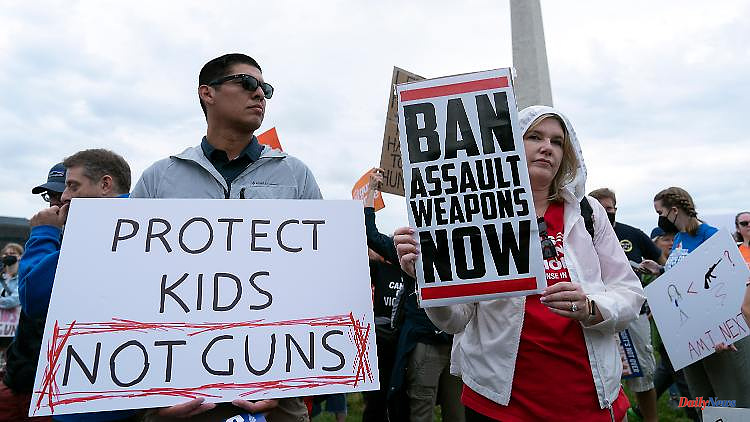 After the recent shootings in the United States, Biden is again calling for far-reaching gun law reforms. Because they can hardly be enforced, the President praises even small movements. For example, the senators agreed that under 21-year-olds must be checked more strictly when buying guns.

A cross-party group of US senators has agreed on a minimal tightening of gun laws. It's about "protecting America's children, keeping our schools safe, and reducing the threat of violence across the country," said the 20-strong group of Republicans and Democrats. The panel was formed in response to an increase in fatal attacks with firearms, including in schools.

The senators have now agreed that gun sellers will have to check customers under the age of 21 more closely for their suitability to carry a gun in the future. Incentives should also be created for the individual states to allow their courts to temporarily confiscate the guns of potentially dangerous gun owners. Otherwise, they focused primarily on safety in schools and strengthening mental health services in the country.

US President Joe Biden had called for a much more far-reaching reform of gun laws and restrictions on semi-automatic weapons. Nevertheless, he described the agreement as "important steps in the right direction" and as "the most important legislation on gun safety that Congress is likely to pass in decades". In addition to large parts of the Republicans, Biden's Democrats have also been blocking stricter gun laws for years. Republicans and Democrats each have 50 seats in the Senate. Most laws require a majority of 60 votes. Far-reaching reforms still seem out of reach.

Two serious attacks in May sparked renewed debate in the United States about tightening gun laws. In the state of New York, an 18-year-old shot dead ten people in front of a supermarket with an assault rifle, apparently with a racist motive. In Texas, an 18-year-old killed 19 children and two teachers. After the cross-party group of senators was constituted, there was another deadly gun attack in the state of Oklahoma: A gunman stormed a hospital site there in early June, shot four people and then himself.

1 Saint-Thibaud-de-Couz. Savoie: A wooden shelter in... 2 Bordeaux. During the pride march, a tank collides.... 3 Elisabeth Borne is well ahead in Calvados and in good... 4 Football in Nintendo style: "Mario Strikers"... 5 Mecklenburg-Western Pomerania: Fassbinder and Tolani... 6 Grenoble. After an apartment fire, a lightly injured... 7 Froome remains a big mystery: Roglic ready for tour... 8 Participation in knight parade: Prince Andrew is pushing... 9 Legislative: Together and Nupes! Neck and neck at... 10 Saxony-Anhalt: Jacobi and Längenfelder score World... 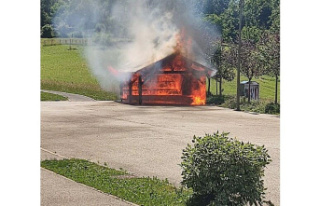 Saint-Thibaud-de-Couz. Savoie: A wooden shelter in...