Sexual harassment: How a day at Lake Garda turned into a horror trip

A rave in the town of Peschiera on Lake Garda ends with assaults and riots, five underage girls are sexually molested on the train. 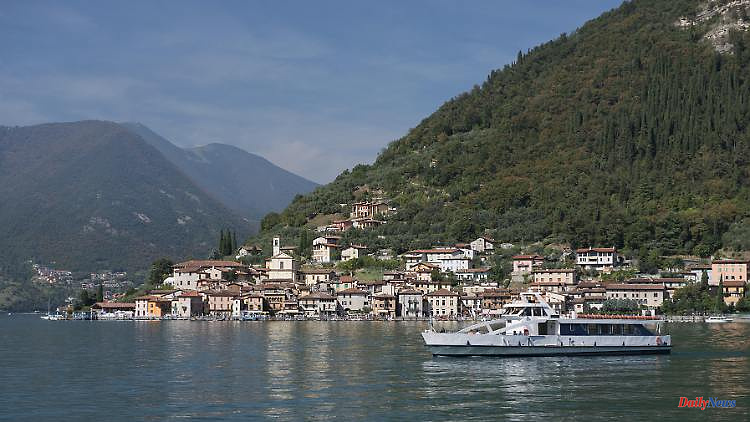 A rave in the town of Peschiera on Lake Garda ends with assaults and riots, five underage girls are sexually molested on the train. As always, Italian politics is indignant and quickly returns to everyday life.

June 2nd will surely never be forgotten by the five girls, all between 16 and 17 years old, who, after a day at the "Gardaland" amusement park in Peschiera del Garda, boarded the train towards Milan. A few days later, one of the girls told the media: "There were already an incredible number of people on the platform and also on the train, including many North African young people, especially Moroccans. They were also the ones who pulled the emergency brake. We are afraid We got busy and tried to push our way further through the crowd. We were mobbed and touched, butt, legs, hips. I got sick, started crying and had a panic attack. The boys and Gang girls would yell at us that we were white, privileged, shouldn't be on the train, and then they kept blocking our way."

Eventually, one of them managed to message her father. "First I called the police in Peschiera," he then said. "They told me I had to call the emergency number 112. I did, but the answer was that the railway police were responsible. I was incredibly angry and scared to death for my daughter. She had told me many of the young people who harassed her were drunk. So I got in the car and drove towards Lake Garda." In the meantime, however, one of the passengers, a man who also has an African migration background, had managed to punch his way through the crowd and help the girls. They got off at the next stop in Desenzano.

Since then, the police have been investigating 30 suspects, more or less the same age as the girls being harassed. They are all said to be at home in the Milan area and most of them are minors. Two weeks after the incident, nothing more is known, despite a fairly accurate description of the person by the girls who filed a complaint the day after.

If you look at the pictures and especially the videos on TikTok that were shot in Peschiera del Garda on June 2nd, a few questions that are anything but casual arise. Because on that day everything went wrong in the village on Lake Garda.

June 2nd is a national holiday in Italy; on June 2, 1946, the majority of Italians voted for the republic. The day was chosen as the date for a rave called "Africa in Peschiera" and publicized via TikTok. It is not known who exactly invited to this meeting. The mayor of Peschiera del Garda, Orietta Gaiulli, informed the security authorities about the plans at the end of May, since such a meeting had already taken place last year. She also pointed to the TikTok video. However, their request for more security forces went unanswered.

So, on that June day, hundreds of young people, mainly from Veneto and Lombardy, made their way to Peschiera beach. Eventually, riots and fights began. What triggered it is also still unclear - allegedly an attempt to steal a handbag, as can be seen on a video recording. The situation escalated. A beach operator tells of a young woman who was stabbed and two teenagers who were hit on the head with a bottle. Only the intervention of police officers in riot gear brought peace again. But as you had to realize afterwards, it was about the calm before the next onslaught.

With the events of the day in mind and watching videos from the Peschiera train station that afternoon, one cannot help but wonder why so many people were allowed on a train in the first place. The answer is simple: crowded trains from seaside resorts, whether by the lake or the sea, which can be reached in a few hours from a big city, are unfortunately no exception. Nobody seems to have thought of the idea that the young people who had previously rioted on the beach would not just take a good seat on the train.

As always in these cases, the events of Peschiera prompted Italian politicians to make more or less empty declarations of solidarity or self-interested declarations. Debora Serracchiani, the leader of the Democrats in the House of Representatives, asserted: "Violence against women must always be strictly condemned, no matter where the perpetrator comes from, from which country, from which culture, whether he acted alone or was incited by others. He must be held accountable At the same time, it must be ensured that every girl and every woman feels entitled to report such incidents." For Vito Comencini, MP for the national-populist Lega, these events show that the Ius Soli law demanded by the Democrats, which would allow underage children of foreign parents who were born in Italy and have already completed a school cycle, to obtain Italian citizenship to lend faster is not feasible. "I wonder how some politicians can still talk about integration when the young protagonists of these acts can clearly testify that they are going in the opposite direction," said Comencini.

Lega boss Matteo Salvini spoke of foreign "baby gangs" and called for a reduction in the age of criminal responsibility for certain crimes: "Because the members of these gangs know that as long as they are minors, they don't risk anything. And if they do, then only social hours."

It has now been two weeks since the girls' dramatic experience and it is said that at least five other girls experienced the same thing on that train. Politicians have long since said goodbye to this topic. The topic of violence against women is red hot. Since the beginning of the year alone, more than twenty women have been murdered by their partners or husbands, most recently yesterday. "Italy has a record of murders of women," reported a South Tyrolean news portal last year. In order to combat this violence, we must first of all take care of young people, regardless of their origin, skin color or religion.

1 "Still a risk": After Scholz's arrival:... 2 Rocket launchers until the beginning of August: Lambrecht... 3 Together with Macron and Draghi: Scholz is on his... 4 Battle for Azot chemical plant: Russia accuses Ukraine... 5 High mountains. After falling more than 2800m above... 6 Summer wave as a warning signal: Greens are quickly... 7 The night of the war at a glance: Scholz on the way... 8 Ukrainians second largest group: more people fleeing... 9 Resignation for breach of trust?: Boris Johnson loses... 10 Bushman on tank discount: "Most popular measure... 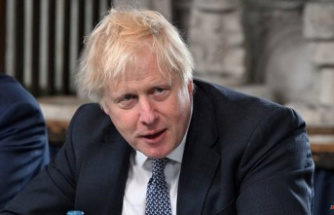 Although anger at Boris Johnson has subsided, Partygate is still a hot topic
BREAKING NEWS 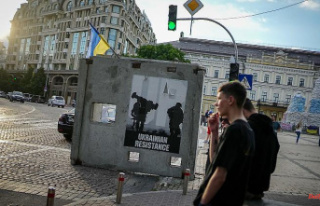