"She died for the people": Hundreds of Russians commemorate Dugin's daughter at a funeral service

A few days after the assassination of the daughter of the nationalist Dugin, a large funeral service is held in Moscow. 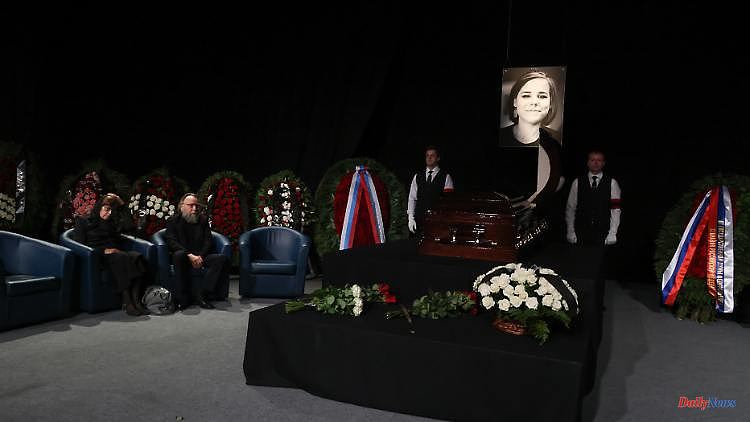 A few days after the assassination of the daughter of the nationalist Dugin, a large funeral service is held in Moscow. Hundreds of mourners are invited. At the beginning of the ceremony, Dugina's father addresses urgent words to the Russian people.

Hundreds of people took part in a memorial service in Moscow for the daughter of a Kremlin-related ideologue, Darya Dugina, who was killed in an attack. Her father Alexander Dugin and his wife also attended the celebration in a hall of the Ostankino television center. "She died for the people, for Russia, at the front. The front - she's here," said the ultra-nationalist intellectual at the beginning of the ceremony.

After the murder of his daughter Darja, the well-known thinker Alexander Dugin called on the Russians to fight in the spirit of his right-wing nationalist and imperialist ideology. "Our hearts do not simply thirst for revenge or retribution. That would be too small, not Russian," Dugin said on Telegram on Monday about his confidante, the oligarch Konstantin Malofeev. "All we need is our victory. On its altar my daughter has laid her girlish life. So please win!"

Dugina was killed on a highway near Moscow on Saturday evening after a bomb exploded in her car, according to Russian investigators. According to Russian media, the actual target of the attack could have been Dugina's father, who is considered an adviser to Kremlin boss Vladimir Putin. Russia's domestic secret service FSB blamed Ukraine for the crime, but Kyiv firmly denies this.

Dugin has long championed an ideology that envisions the unification of Russian-speaking areas into a new Russian empire. Based on this conviction, he also supports the Russian military operation in Ukraine. His daughter shared this belief and followed in his footsteps as a well-known media personality. The 29-year-old worked as a journalist for Kremlin-affiliated TV stations such as Russia Today. 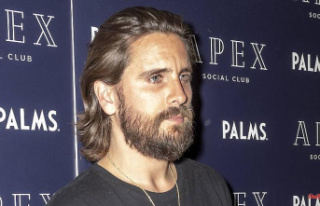