"She shaped an era": Politicians around the world pay tribute to the Queen

The Queen ascends the throne in 1952. 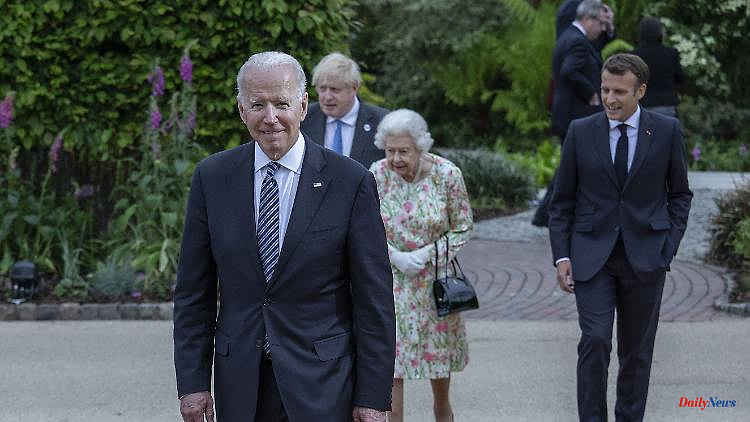 The Queen ascends the throne in 1952. Her reign lasted over 70 years until her death. Heads of state and government around the world pay tribute to her with great respect. Elizabeth was a woman who "experienced and wrote contemporary history".

After the death of Queen Elizabeth II, heads of state around the world have expressed their shock, but also their admiration for the queen, whose reign lasted more than 70 years. "Her Majesty Queen Elizabeth II was more than a monarch," said US President Joe Biden and the First Lady. "She shaped an era," they say, according to a White House statement.

"She was the first British monarch with whom people around the world could feel a personal and immediate connection - whether they heard her on the radio speaking to the children of the United Kingdom as a young princess, or inquiring about her coronation their televisions, or whether they were listening to their last Christmas speech or their platinum anniversary on their phones," say Jill and Joe Biden. "And she, in turn, dedicated her whole life to her ministry."

Federal President Frank-Walter Steinmeier offered his condolences in a similar way. "Queen Elizabeth II is a woman who shaped a century." She experienced contemporary history and wrote it herself. "Her Majesty enjoyed the highest reputation and respect around the world," said Steinmeier, according to a spokeswoman. The British Queen died today (September 8th) at the age of 96 at her country estate, Balmoral Castle in Scotland.

French President Emmanuel Macron said that Her Majesty Queen Elizabeth II has embodied the continuity and unity of the British nation for over 70 years. "I remember her as a friend of France, a kind-hearted queen who made a lasting impression on her country and her century," Macron said on Twitter.

British Prime Minister Liz Truss paid tribute to the late British Queen Elizabeth II as "the rock on which modern Britain was built". The Queen's death was a "huge shock to the nation and the world," said the Conservative politician in a speech at London's Downing Street. Truss only faced the Queen two days ago when she was appointed as the new Prime Minister.

The country grew and prospered under her rule, Truss continued. "Because of her, Britain is the great country it is today." For that she was loved by people in the UK and around the world.

Chancellor Olaf Scholz praised Britain's Queen Elizabeth II as a "role model and inspiration for millions, including here in Germany". On Thursday evening after the Queen's death became known, Scholz emphasized above all her commitment "to German-British reconciliation after the horrors of the Second World War". This one will not be forgotten.

Outgoing Italian Prime Minister Mario Draghi stressed that the Queen had been a source of admiration for generations: "She stood for stability in times of crisis and upheld the value of traditions in an ever-changing society."

EU Commission President Ursula von der Leyen referred to the Queen as an anchor of stability after the Second World War and also in the times of Brexit. "She was a symbol of continuity" in these times of change, she explained. EU Council President Charles Michel called the monarch "the unshakable one" who stood for long-lasting values ​​in the modern world. NATO boss Jens Stoltenberg praised the Queen's "selfless leadership style" for more than 70 years.

UN Secretary-General António Guterres said the Queen, Britain's oldest and longest-serving head of state, was "admired throughout the world for her grace, dignity and devotion". During all the decades of upheaval, she was always a reliable and reassuring figure. 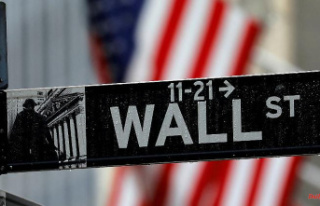