She smeared herself with blood: a student reports the massacre in Uvalde to the US Congress

After the school massacre in Uvalde, Texas, in which 19 children and two teachers were shot, 11-year-old survivor Miah Cerrillo tells the US Congress how she smeared herself with blood out of fear, kept quiet and called the police on her killed teacher's cell phone . 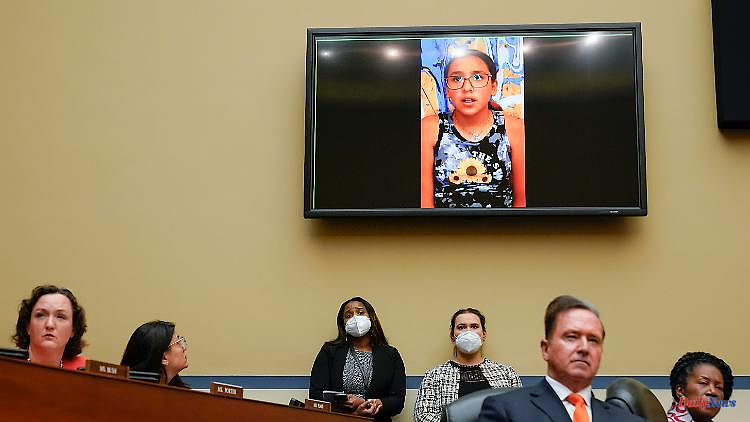 After the school massacre in Uvalde, Texas, in which 19 children and two teachers were shot, 11-year-old survivor Miah Cerrillo tells the US Congress how she smeared herself with blood out of fear, kept quiet and called the police on her killed teacher's cell phone .

At a moving hearing in the US Congress, a girl spoke of her traumatic experiences in the massacre at her elementary school in Uvelda, Texas. Eleven-year-old Miah Cerrillo told in a previously recorded video how the gunman shot her teacher and several classmates before her eyes. For fear of the shooter, she smeared herself with the blood of others and calmed herself down. She called the police with her killed teacher's cell phone and asked for help.

When asked what she would like, Miah said, "Security." She doesn't feel safe in her school. "I don't want it to happen again," she said. When asked if she feared that, she answered with a nod.

An 18-year-old gunman shot dead 19 children and two teachers two weeks ago at an elementary school in the small Texas town of Uvalde. The attacker holed himself up with the students and teachers in two connected classrooms and caused the bloodbath there. Miah survived the attack. Her father, Miguel Cerrillo, said in tears at the hearing in the US House of Representatives that he almost lost his child. "She's not the same anymore." He implored Congressmen to do something about the unprecedented gun violence in the US. "Something really needs to change."

The parents of a little girl who was killed in the attack also testified via video at the hearing. The mother reported in tears how she saw her daughter for the last time that day and left her at school. "This decision will haunt me for the rest of my life." On behalf of her daughter, she pleaded for a tightening of gun laws. The devastating Uvalde attack has once again fueled the debate about tightening gun laws in the United States, which are lax in many places.

1 After Covid cases were discovered on board, a German... 2 Hessen: Ten-year-old cyclist collides with a car 3 Advance in Strasbourg: EU Parliament wants to ban... 4 More details about the perpetrator known: Interior... 5 Mecklenburg-Western Pomerania: Cinema Culture Prize:... 6 More details about the perpetrator known: Interior... 7 Bavaria: Fatal truck accident at the end of the traffic... 8 Investigation into hunting trips: Juan Carlos again... 9 Bruno Le Maire stated that the amount of assistance... 10 The day of the war at a glance: Sievjerodonetsk almost... 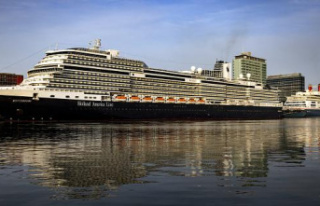 After Covid cases were discovered on board, a German...