Shelling of the infrastructure: Russian troops destroy the dam near Kryvyi Rih

After bitter defeats in Kharkiv, the Kremlin's army is targeting President Zelenskyy's hometown in central Ukraine. 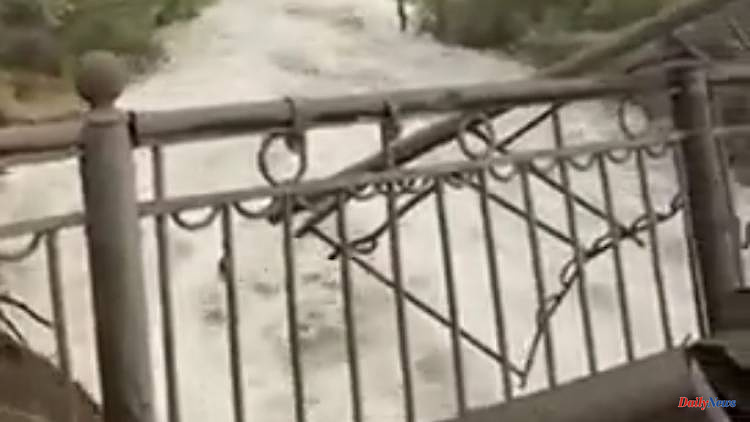 After bitter defeats in Kharkiv, the Kremlin's army is targeting President Zelenskyy's hometown in central Ukraine. Among other things, she destroys a pumping station. The water supply then fails. The towns on the Inhulez River are at risk of flooding.

According to Ukrainian sources, the Russian army severely damaged a dam in a massive rocket attack on the central Ukrainian industrial city of Kryvyi Rih. Such large amounts of water flowed through the destroyed pumping station on Wednesday that the Inhulez River threatened to burst its banks. President Volodymyr Zelenskyy spoke of an attempt to flood his hometown.

The Ukrainian leadership aligned the attack on civilian infrastructure with the shelling of power plants near Kharkiv a few days earlier. The electricity failed over a large area in eastern Ukraine. "All the occupiers can do is sow panic, create an emergency, leave people without light, heat, water or food," Zelenskyy wrote on Telegram. "Can that break us? Not at all." He visited the recaptured city of Izyum in the east of the country on Wednesday. According to his spokesman, he was involved in an accident with his motorcade in Kyiv in the evening.

According to various Ukrainian reports, seven or eight rockets were fired at Kryvyi Rih. The head of administration of the Dnipropetrovsk region, Valentin Resnichenko, spoke of cruise missiles of the type Ch-22, which had been fired from a distance by Russian fighter jets. The city's transport infrastructure was also attacked. There was initially no talk of victims. In this case, too, the information provided by the warring parties could not be independently verified.

The reservoir serves the drinking water supply of the city with 625,000 inhabitants. Due to the damage to the pumping station, the water supply had failed in large parts of the city, it said. Despite the high water level on the river, the situation is under control, said Zelenskyy's deputy chief of staff Kyrylo Tymoshenko. The situation in the parts of the city where there is a risk of flooding is constantly being monitored.

Ukrainian Foreign Minister Dmytro Kuleba called the attack a war crime and an act of terrorism. "Because they were defeated by the Ukrainian army on the battlefield, the Russian cowards are now waging war against our infrastructure and civilians," he wrote on Twitter.

In his evening video speech, Zelenskyy called the Russians weaklings: Such attacks on civilian objects are one reason "why Russia is losing." However, according to the Ukrainian media, the tidal wave on the Inhulez also has possible military effects. Further south at Cherson, the Dnipro tributary currently forms the front line between Ukrainian and Russian troops. The high water level could make crossing the river difficult.

1 Keeper fails, Hummels scolds: Haaland destroys BVB... 2 Doncic desperate after EM-Aus: When the NBA superstar... 3 Solar thermal on the roof: Can solar energy greatly... 4 Sleep disturbances possible: Increased use of LEDs... 5 One for all: The pros and cons of all-season tires 6 Saxony-Anhalt: Literature days lure with more than... 7 Bavaria: Deadline for proposal for new state bishop... 8 "Not in this form": Ramelow does not want... 9 Superstar incites the Internet: Neymar mocks DFB referee... 10 Saxony-Anhalt: Theater Magdeburg brings robots onto... 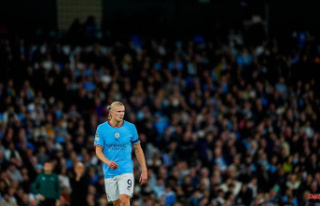