Shortly after the conquest: Moscow provoked with "Luhansk Square"

The square in front of the British Embassy in Moscow is to be named after the conquered eastern Ukrainian territory. 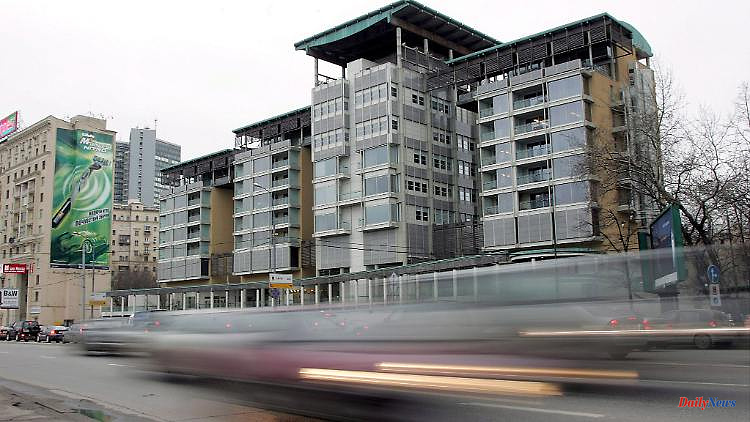 The square in front of the British Embassy in Moscow is to be named after the conquered eastern Ukrainian territory. Since the address in front of the US embassy already refers to the neighboring region of Donetsk, both names of the "people's republics" recognized by Putin as independent are prominently represented.

Russia's capital Moscow wants to rename a square in front of the British embassy in honor of the recently conquered eastern Ukrainian region of Luhansk. In an online survey, the majority of Muscovites voted in favor of this location in order to dedicate it to the "Luhansk People's Republic", the city administration announced today. Places not far from the German consulate and an area not far from the embassies of Lithuania and Belgium were also available for selection.

At the end of February, Kremlin chief Vladimir Putin recognized Luhansk and the neighboring region of Donetsk as independent "people's republics" in the face of great international protest. A few days later he had Russian troops invade the neighboring country.

After more than four months of war, the Ukrainian army had to withdraw from the strategically important city of Lysychansk last weekend - effectively losing control of the entire Luhansk region. From Moscow's point of view, a key war goal has been achieved after more than four months. The Luhansk administrative center Sieverodonetsk fell a week and a half ago. According to Ukrainian sources, isolated fighting is now only raging near Lysychansk in the village of Bilohorivka on the Siwerskyi Donets river.

Moscow had already announced in June that a square in front of the US Embassy would be renamed in honor of the "Donetsk People's Republic". There was also an online survey back then. However, Russian media critical of the Kremlin reported that some public sector employees were said to have been pressured to vote.

Meanwhile, Russian diplomats are having trouble in Bulgaria. According to Moscow, after the expulsion of 70 diplomats, the local embassy is no longer able to function properly. "Now, after this nonsense (...), the embassy is no longer able to work normally," Russia's Foreign Minister Sergei Lavrov said, according to the Interfax agency. Lavrov announced that Russia would react according to the principle of reciprocity - usually meaning the expulsion of the same number of diplomats from the other country.

Moscow had to bring back 70 of its own diplomats from Sofia on Sunday after they were declared "undesirable persons" there. Bulgaria, which openly condemns Russia's war of aggression against Ukraine, said the majority of Russian embassy officials worked "directly for foreign services." It was the largest expulsion of diplomats from the EU and NATO state to date. Moscow is therefore threatening to completely close its embassy in Sofia - such a step would be unique within the European Union.

1 Promotion report: Will Melnyk leave Germany? 2 Caroline Cayeux is an elected right-winger who Macron... 3 Economist, son a centrist figure and colt of Bayrou...... 4 Completion this year?: LNG terminal in Wilhelmshaven... 5 At least five people were killed and 16 others injured... 6 Wimbledon quarterfinals reached: Kyrgios wins without... 7 Abu Akleh, Journalist, was 'likely' shot... 8 In suburban Chicago: Several dead after shooting at... 9 Made regional crime novels popular: Eifel crime novelist... 10 Opportunity or risk?: Why NFTs are not very good for... 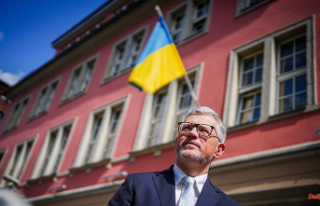