Shut up, but not broke: Habeck starts to swim at the bakery

Economists fear a wave of bankruptcies because of rising prices and declining consumer sentiment - but Economics Minister Habeck waves it off. 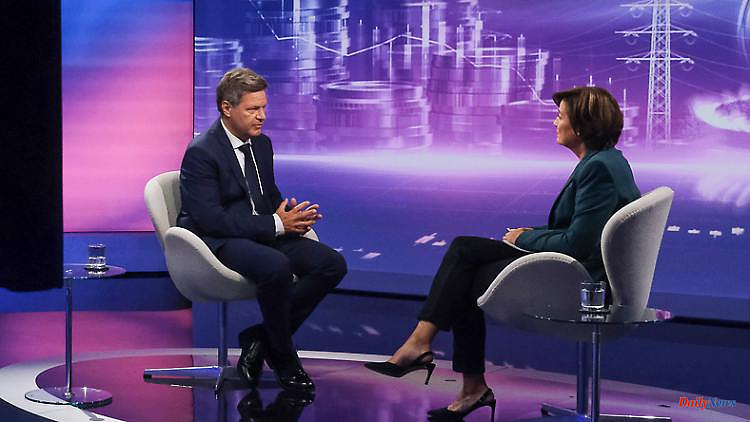 Economists fear a wave of bankruptcies because of rising prices and declining consumer sentiment - but Economics Minister Habeck waves it off. At "Maischberger" he explains that companies could stop producing, but that doesn't mean they are insolvent. Not only the moderator seems irritated.

An appearance by Federal Minister of Economics Robert Habeck in the "Maischberger" program caused criticism on social media. The minister denied the question of whether he was expecting a wave of bankruptcies in the winter - but got so bogged down in the explanation that he was not only faced with a visibly irritated moderator, but now also with a shitstorm.

What happened? Habeck admitted that it could well happen that certain companies "stop producing for the time being". But that's not a classic bankruptcy, he explained. The companies could eventually resume production later.

"Shops that depend on people spending money - flower shops, health food stores, bakeries - have real problems because there is a reluctance to buy," said Habeck. He is aware that the rolls at the bakery or in the discounters are already twice as expensive. If such companies stop selling, they are not automatically insolvent. Companies would only have to file for bankruptcy if they "made an ever greater loss with their work".

When moderator Sandra Maischberger commented that this was the logical consequence if nothing was produced anymore, Habeck replied: "It may be that certain businesses are no longer profitable and then stopped. Maybe they will be resumed later, that can be yes be." Under the hashtag

Economists are warning of a wave of bankruptcies if prices continue to rise in the fall. According to the Halle Institute for Economic Research (IWH), the number of bankruptcies in Germany is already increasing significantly - in August alone there were 26 percent more bankruptcies than in the same month last year. According to IWH, this is primarily due to the sharp rise in prices for important production factors.

Habeck gave at least a hint to "Maischberger" that the federal government will react to this trend. "If we don't remedy the situation, there is a risk that certain companies - bakeries, craft shops, cleaning companies - will cease operations over this year." The federal government must counteract this danger. He did not say in what form this could happen.

During the Corona crisis, the federal government temporarily suspended the obligation to file for insolvency in order to prevent a wave of bankruptcies. In addition, it provided extensive bridging assistance for companies that had run into difficulties due to the lockdown in retail. 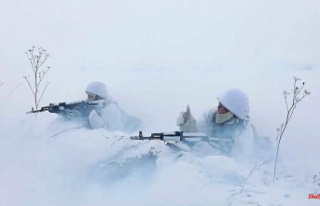 Advantage for Ukraine?: Russian troops are said to...