Six places have already been conquered: Shoigu: Fighting is going "on schedule" in Donetsk

After the conquest of Luhansk, Moscow can hardly claim any land gains in the east. 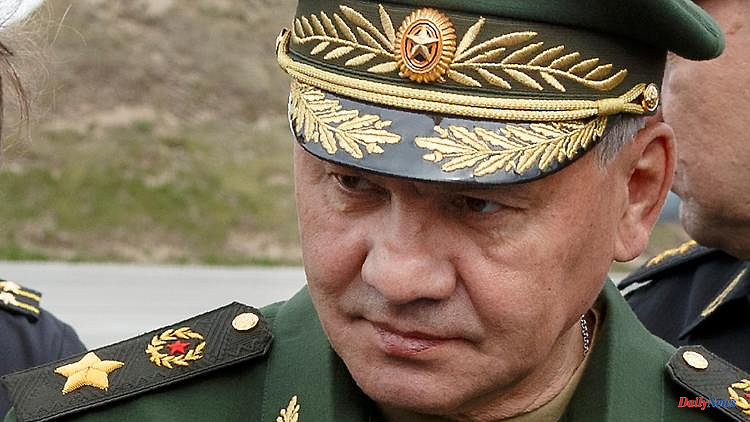 After the conquest of Luhansk, Moscow can hardly claim any land gains in the east. However, according to the defense minister, everything is going according to plan in Donetsk. He tells of several conquered towns and destroyed western weapons.

Despite a lack of major successes in recent weeks, everything is going according to plan for the Russian army in eastern Ukraine. "After taking control of the territory of the Luhansk People's Republic, the Donetsk People's Republic will be liberated as planned," Russian Defense Minister Sergei Shoigu said, according to the Interfax agency.

At the beginning of July, Russia announced the conquest of the eastern Ukrainian region of Luhansk - but since then it has only gained relatively little territory in neighboring Donetsk. Shoigu listed six towns in Donetsk that his troops are said to have last conquered. Moscow repeatedly justifies its more than five-month war of aggression with an alleged "liberation" of the neighboring country from nationalists. Ukraine also wants to recapture lost areas with the help of Western weapons and recently launched a partially successful counter-offensive in the southern Cherson region.

According to Shoigu's statements, the Russian army is said to have destroyed, among other things, six launchers for HIMARS missiles supplied by the USA, five for missiles of the Harpoon type and 33 M777 howitzers in the past few weeks. This could not be verified independently. In addition, the important Wuhlehirsk coal-fired power plant in the eastern Ukrainian region of Donbass is now under Russian control, Shoigu said. There mercenaries of the so-called Wagner group were used.

1 More exports to Russia: Price increases give exporters... 2 Russia should delay: According to Scholz, the gas... 3 British boy in coma: Archie's parents fail in... 4 "Silently over the water": Efoils are becoming... 5 Child with a German man: Leona Lewis has become a... 6 Man, animal, bike: This is how cycling with a dog... 7 Hares and ptarmigan too: the Neanderthal diet was... 8 Researchers find cause: hair loss before healing?... 9 North Rhine-Westphalia: Coach Boris: Game against... 10 Baden-Württemberg: New edition of the rule of law... 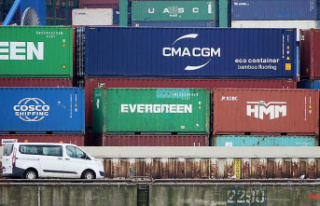