For weeks, Russia has also been said to be using Iranian combat drones in Ukraine. 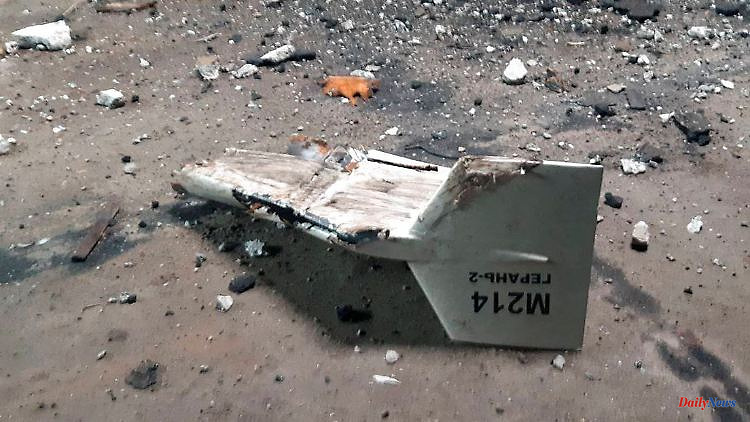 For weeks, Russia has also been said to be using Iranian combat drones in Ukraine. Now six of them apparently hit targets near the capital Kyiv, six more are shot down. Although a barracks was also reportedly targeted by the attackers, only one person was injured.

According to information from Kyiv, the Russian army has for the first time attacked targets near the Ukrainian capital with kamikaze drones. "There were six hits and explosions," Kyiv region governor Oleksiy Kuleba said on Telegram. One person was injured in the small town of Bila Tserkwa. Above all, infrastructure was hit and damaged.

During the night there had been air alerts in the capital and the surrounding area for more than three hours. According to the air force, a total of 12 Iranian drones have flown towards targets from the south. Iran had officially denied a delivery. But Ukraine had also previously reported attacks with Iranian drones over Odessa.

"Six of them were shot down, three with anti-aircraft missiles in the south and also three were shot down by the air force," Air Force spokesman Yuriy Ihnat said on Ukrainian television. The information cannot be independently verified.

According to media reports, a barracks in Bila Tserkwa should have been the target. The nearest Russian positions are around 380 kilometers south of Bila Tserkva. Belarus, which is allied with Russia, is around 180 kilometers away from the small town and the Russian border around 280 kilometers away. The air defenses around the Ukrainian capital Kyiv are considered to be the densest.

The Russian army has been using Iranian combat drones for several weeks. Kyiv has called the delivery an "unfriendly act" and expelled the Iranian envoy from the country and reduced the staff at the Iranian embassy. Russia invaded Ukraine on February 24 and, despite military failures, continues to occupy large parts of southern and eastern Ukraine.

1 Investors are doing well: Not only Twitter is benefiting... 2 Nuri board member on bankruptcy: "That was the... 3 Strong plus in trade with the USA: German exports... 4 Mountain rescue service discovers corpse: climber... 5 "Marco Polo" travel tip for 2023: Mon amour... 6 "Biggest contract of all time": Boy George... 7 Thuringia: Ramelow wants clarity on the gas price... 8 Baden-Württemberg: Experts: Groundwater recharge... 9 Baden-Württemberg: Association: Many schools have... 10 Saxony: According to the study, Saxon teachers work... 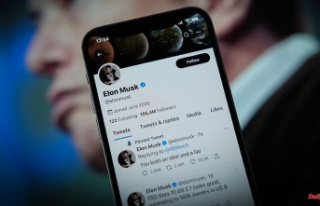 Investors are doing well: Not only Twitter is benefiting...