Despite an increased number of long-term unemployed, the traffic light coalition wants to reduce funding for their reintegration. 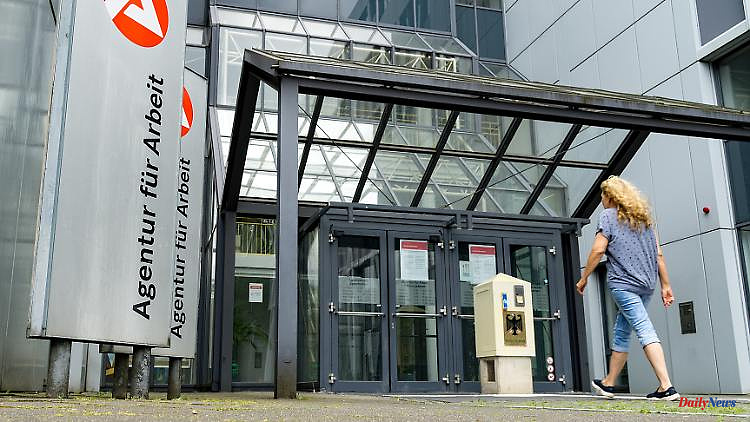 Despite an increased number of long-term unemployed, the traffic light coalition wants to reduce funding for their reintegration. The model of the social labor market is a success, 50,000 people find their way into a job. The outrage in social organizations - and in the Union - is correspondingly great.

The federal government wants to cut a funding pot for the long-term unemployed in the coming year. As can be seen from the draft budget passed in the cabinet, only 4.2 billion euros are planned for "benefits for integration into work". This year, on the other hand, around 4.8 billion are available. First, the "Spiegel" reported on the numbers.

However, the 4.2 billion is still more than was spent on incorporation last year. For 2021, around 4.04 billion euros are booked. Among other things, wage cost subsidies for employers who hire long-term unemployed people are financed from the pot. The funds earmarked for 2023 are at the same level as in 2019, said a spokeswoman for Labor Minister Hubertus Heil. The Bundestag also decides on the final equipment. Heil will "continue to campaign for an active labor market policy and for a corresponding long-term funding of the social labor market".

With the so-called social labor market, jobs for the long-term unemployed at non-profit organizations, municipalities and in the private sector are subsidized by the state. Long-term unemployed are unemployed who have been unemployed for a year or more. Before the Corona crisis, their number had continuously decreased slightly. According to data from the Federal Employment Agency, it has been rising again since 2020.

Overall, the model of the social labor market is a success, said the Green MP Frank Bsirske. The coalition is convinced of its benefits, which is why it should continue to be financed accordingly in the future. According to the Ministry of Labor almost 50,000 people found their way out of long-term unemployment. However, further cuts are initially planned in the draft budget, for example to 2.5 billion euros in 2024 and even to 5 million euros from 2029. However, the Bundestag will initially only decide on the budget for 2023. After that, Finance Minister Christian Lindner will negotiate again with the specialist ministers, the longer-term figures are therefore non-binding.

SPD faction deputy Dagmar Schmidt also emphasized that no budget had yet been decided. "Social security will play a crucial role in the forthcoming budget deliberations," she said. "We will not leave anyone behind and create new opportunities in the process." Bundestag Vice President Katrin Göring-Eckardt also announced debates about the cut. "Even if you only look at it from an economic point of view and say we need these workers, it is important to ensure that something like integration aid continues to happen," said the Greens politician on Deutschlandfunk. The FDP MP Jens Teutrine pointed out on Twitter that money that was not spent this year can also be used in the coming year.

Criticism came from associations and the opposition. Investments in further training for the unemployed are money well spent, said DGB board member Anja Piel. "Such investments are important in the fight against entrenched long-term unemployment and indispensable in view of the need for skilled workers." The coalition factions would have to correct the draft in Parliament. The President of Arbeiterwohlfahrt, Michael Groß, saw it as a "fatal signal to save on the poorest of all people". "This will increase the feeling of social injustice in the population and can become explosive for social cohesion." Union faction Vice Hermann Gröhe called the plans irresponsible. "The traffic light lacks a plan for effectively getting the long-term unemployed into work in the long term," he said. The social politician of the left, Jessica Tatti, told the "Spiegel" that if the SPD and the Greens go along with Finance Minister Christian Lindner's plans, they will lose the last bit of socio-political credibility.

"The VdK is appalled that the federal government is breaking its promise not to cut back on support for the weakest," said Verena Bentele, President of the social association VDK, to the newspapers of the Funke media group. "Such a socially unbalanced policy would be unnecessary if the Federal Minister of Finance introduced a wealth tax and reformed the inheritance tax instead. Instead of continuing to fleece the losers of the crisis, the winners of the crisis should finally be asked to pay," said Bentele. "The number of long-term unemployed shot up by 41 percent during the pandemic. For the first time since 2015, the one million mark was exceeded," recalled Ulrich Schneider, general manager of the Paritätisches Gesamtverband.

1 Controversial publicist elected: Ferda Ataman is the... 2 Gladbach visit with a lot of praise: Flick gives national... 3 Long prison sentence for 0.5 grams of drugs?: US basketball... 4 "Animal torture on live TV": Millions of... 5 Dead at 33: US actress' husband struck by lightning 6 Once almost extinct: Again large fin whale groups... 7 Hesse: 17-year-old steals car and races through Limburg 8 Hesse: Bengal use of the fans: 3600 euros penalty... 9 Baden-Württemberg: Project for prostitutes to change... 10 Baden-Württemberg: The city of Heidelberg is suing... 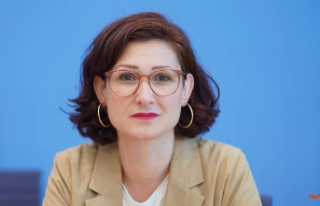