Kyiv is still silent on the drone strikes in central Russia, which killed several people and damaged some bombers. 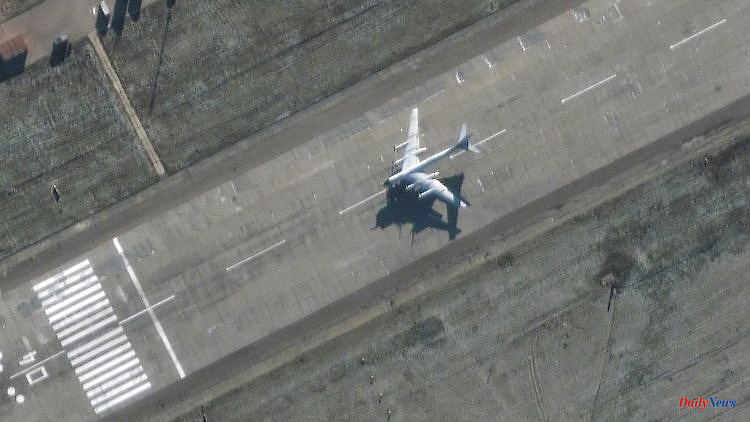 Kyiv is still silent on the drone strikes in central Russia, which killed several people and damaged some bombers. As a precaution, US Secretary of State Blinken made it clear: "We have neither encouraged nor enabled the Ukrainians to attack inside Russia."

Following the alleged Ukrainian drone strikes on military bases in Russia, the US government has said it did not "encourage" or "enable" Kyiv to attack Russia. Foreign Minister Antony Blinken said on Tuesday: "We neither encouraged nor enabled the Ukrainians to attack inside Russia." However, it is important to understand "what Ukrainians are experiencing on a daily basis as a result of the ongoing Russian aggression".

According to Russian sources, three people were killed and two planes damaged in the drone strikes on three bases in central Russia on Monday. Kyiv has not yet commented on this.

A US State Department spokesman also did not explicitly attribute the attacks to Ukraine. However, experts assume that Kyiv could have invaded Russian airspace with simple Soviet-era drones - and not with the billions of dollars in military aid from its western allies.

"We are providing Ukraine with what it needs on its sovereign territory - on Ukrainian soil - to act against the Russian aggressors," said ministry spokesman Ned Price. The State Department spokesman declined to comment on a Wall Street Journal report that the US modified the US HIMARS missile launcher systems supplied to Ukraine so that they can no longer be fired into Russia.

US President Joe Biden has publicly stated that he does not support longer-range missiles for Ukraine, fearing an escalation that could put his country in direct conflict with Russia. HIMARS missile launchers can launch multiple precision-guided missiles simultaneously at targets up to 80 kilometers away. Ukrainian President Volodymyr Zelenskyy assured Washington in June before delivery that the HIMARS would not be used to attack targets in Russia.

1 After nationwide protests: China relaxes corona restrictions 2 Jumbo jet to be phased out: Boeing delivers the last... 3 "Reason for the crisis": Pediatricians advise... 4 Criticism is not uncommon: These are the best online... 5 Raids in eleven federal states: Investigators pick... 6 Jumbo jet as phase-out model: end of a legend: last... 7 Of warriors, flight and family: Morocco ensures a... 8 Is she coming or not?: This is how long-distance travel... 9 Thuringia: Violence in the fire service in the initial... 10 Saxony-Anhalt: pick-up rolls over: driver seriously... 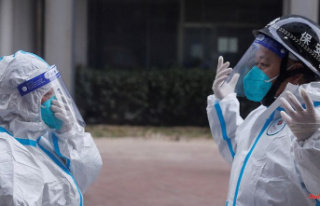