Speech at the UN in New York: Scholz accuses Putin of "blatant imperialism".

It is the first speech that Chancellor Scholz gives to the United Nations. 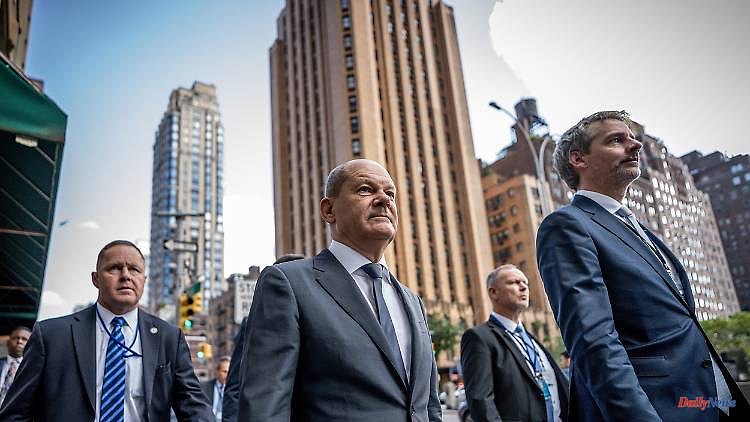 It is the first speech that Chancellor Scholz gives to the United Nations. He denounces Russian imperialism, calls for punishment for the murderers and renews Germany's bid for a permanent seat on the UN Security Council.

Chancellor Olaf Scholz accused Russia of "blatant imperialism" before the United Nations and promised Ukraine further support, including weapons. "Putin will only give up his war and his imperial ambitions when he realizes that he cannot win this war," said the SPD politician on Tuesday evening (local time) according to the previously published text of the speech before the UN General Assembly in New York. "Not only is he destroying Ukraine, he is also ruining his own country."

Even before the speech, Scholz had attacked Russia and declared the votes planned by separatists in three Ukrainian regions on accession to Russia to be contrary to international law. It is "very, very clear that these sham referendums cannot be accepted, that they are not covered by international law and by the understandings that the international community has reached," said Scholz. "It's all just an attempt at imperialist aggression that's supposed to be embellished." The "People's Republics" of Luhansk and Donetsk in eastern Ukraine, which Moscow recognized, and the Cherson region in the south had previously announced that they wanted to have a vote on joining the Russian Federation.

In his first speech to the United Nations, Scholz also advocated harsh punishment for Russian war crimes. "We have to look and act when Russia commits war crimes in Mariupol, Bucha or Irpin. We will hold the murderers accountable." Germany is doing its utmost to support the International Criminal Court and the independent commission of inquiry set up by the Human Rights Council.

Scholz reiterated that a Russian "dictated peace" was not acceptable to him. Ukraine must be able to repel Russia's attack. "We are supporting Ukraine with all our might: financially, economically, humanitarianly and also with weapons." Shortly before the chancellor left for New York, the federal government had promised further weapons from Bundeswehr stocks, including four heavy artillery pieces of the Panzerhaubitze 2000 type.

According to the manuscript, there is only one word for Russia's actions: "It's sheer imperialism." This return of imperialism is not only a disaster for Europe, but also for the global peace order. "That's why it was so important that 141 states unequivocally condemned the Russian war of conquest here in this hall." In March, 141 of the 193 UN member states voted in favor of a corresponding resolution. However, the world's two most populous countries - China and India - abstained.

The Chancellor stressed how important it was for Germany to "respect and defend human rights everywhere and at all times". In this context, he also had a message ready for China. He called on Beijing to implement the UN Human Rights Office's recommendations on the situation of Uyghurs in Xinjiang. "That would be a sign of sovereignty and strength. And a guarantee of change for the better," he said, according to the manuscript. In early September, the UN Human Rights Office described signs of crimes against humanity in Xinjiang. The government in Beijing reacted with outrage to the publication.

In his speech, Scholz urgently appealed to the international community to protect the UN Charter - the set of rules of the United Nations. "This charter is our collective rejection of a disorderly world." At the same time, the chancellor called for institutional reforms and renewed Germany's bid for a permanent seat on the UN Security Council. Germany is ready to take on greater responsibility - initially as one of the ten changing members in 2027 and 2028, but also as a permanent member in the future, he said according to the text of the speech. "I ask you to support our candidacy - the candidacy of a country that respects the principles of the United Nations, that offers and seeks cooperation."

The Security Council is the most important body of the United Nations and is responsible for conflict resolution and peacekeeping. It includes 15 of the 193 UN member states. Five nuclear powers are constantly present and have the right to veto all decisions: the USA, China, Russia, Great Britain and France. Some of the other 188 member states rotate the other 10 seats every two years. Germany applies for it every eight years.

For years, the body has been considered largely incapable of action on key issues due to mutual blockades by the USA, China and Russia. A fundamental reform of the Security Council has been discussed for decades without any progress being made. "We have to adapt our rules and institutions to the reality of the 21st century," Scholz demanded, according to the speech transcript. "Far too often they reflect the world of 30, 50 or 70 years ago. This also applies to the United Nations Security Council." 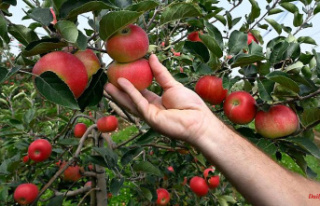