According to a media report, Federal Finance Minister Christian Lindner (FDP) and Porsche boss Oliver Blume exchanged views directly after allegations of influence by the sports car manufacturer. The "Spiegel" reports, citing a response from the Federal Ministry of Finance to a question from Left-wing MP Victor Perli, about several SMS Lindners to Blume and about a phone call between the two.

The ZDF satirical magazine "Die Anstalt" reported in mid-July that Blume had said at a works meeting in June that Porsche had played a "very large part" in the further use of synthetically produced e-fuels for combustion engines being included in the coalition agreement . FDP boss Lindner "kept him up to date almost every hour".

At first it was only known that the spokesman for Lindner and Blume had reached an agreement on the matter, it was said in the "Spiegel". The Federal Ministry of Finance contradicted this representation on Friday morning. The comment by "Spiegel" was "capable of being countered," it said.

After the statements became known, the FDP and Porsche had rejected allegations of influence. Blume, who will become head of the Volkswagen Group on September 1, told the "Bild am Sonntag" that he had "chosen the wrong words" at an internal event, which created a "wrong impression". A spokesman for Porsche AG told the "Welt am Sonntag" that the appointment was "overstated". The choice of words "did not correspond to the facts".

With regard to the "Spiegel" report, the Federal Ministry of Finance pointed out that Lindner had already spoken to the "Handelsblatt" about his contacts with Blume in June, with the words: "No, from the time I took office until the positioning of the Federal government on the question of the ban on combustion engines, there was no contact between Mr. Blume and I. I only got in touch with him briefly after the decision had been made, because I wanted to encourage him to present his technical arguments publicly in the sometimes one-sided discussion on synthetic fuels. "

"I have nothing to hide there," Lindner had told the "Handelsblatt". In the interview, Lindner also emphasized that he considers it "part of my oath of office that I maintain close contacts with business, employers and trade unions". He is therefore not concerned with a commitment "for individual interests".

1 Taiwan, the Uyghurs, Tibet... Mélenchon, his (many)... 2 Mental health: When men fool themselves: I'm... 3 Mexico: relatives of ten miners trapped underground... 4 "Polizeiruf 110" from Magdeburg: murder... 5 RKI numbers: Corona: RKI does not give the all-clear... 6 Children are not a private matter 7 "Polizeiruf 110" from Magdeburg: murder... 8 Bundesliga starts again: So fans don't miss a... 9 Mental health: When men fool themselves: I'm... 10 Chimpanzees call out loudly to hunt 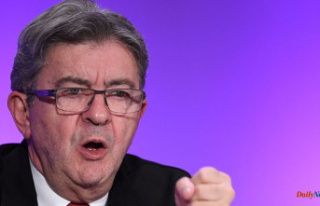