States can decide: US Supreme Court overturns right to abortion

There is no longer a general right to abortion in the USA. 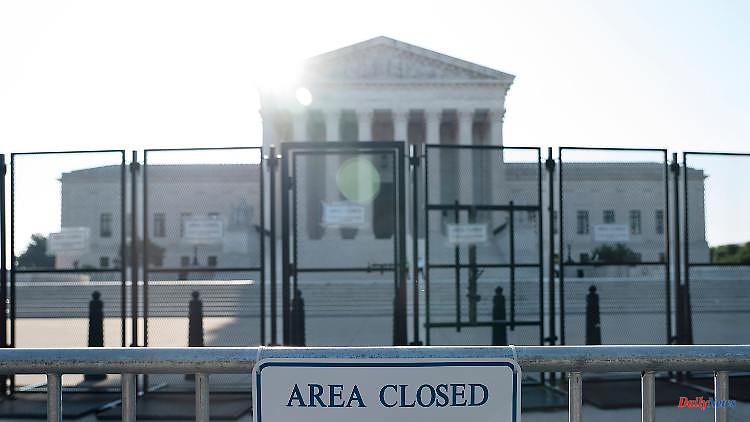 There is no longer a general right to abortion in the USA. The Supreme Court overturned a corresponding regulation from 1973. Instead, the states can now enact their own laws. Some have already done so.

After nearly half a century, the US Supreme Court overturned liberal abortion laws in the United States. With its decision, the mostly conservative Supreme Court in Washington cleared the way for stricter abortion laws - even including complete bans in individual states. This means that the previous right to abortion from 1973 in the USA is history. The decision is a political earthquake. Massive protests are expected.

After the ruling, Missouri became the first US state to ban abortion. "Missouri just became the first in the country to effectively end abortion," Midwest Attorney General Eric Schmitt said on Twitter.

"The constitution does not grant the right to an abortion," the verdict says. The decision is not a surprise: the magazine "Politico" published a draft of it at the beginning of May. It was already clear from this that the court intends to decide in this way. There was an outcry from women's rights organizations, clinics and liberals. The verdict is now as drastic as expected. In about half of the states, there are now likely to be extensive restrictions.

There is no federal law in the United States that allows or prohibits abortion. However, abortions are permitted at least until the fetus is viable - today around the 24th week. This has so far been ensured by a 1973 US Supreme Court ruling, known as Roe v. Wade is known. Another 1992 ruling, Planned Parenthood v. Casey, reinforced the jurisprudence and adjusted it somewhat. The Supreme Court has now overturned these decisions.

Today's conservative majority in the US Supreme Court did not hold back in scolding its predecessors. "From the day of his decision, Roe was terribly wrong and on a collision course with the Constitution. Casey has continued his mistakes," the statement reads. The "power to regulate" abortion rights are now being returned to the people and their elected representatives. In Germany, abortion has not been punishable in the first twelve weeks since 1995 if the woman seeks advice beforehand.

In the United States, abortion rights have been the subject of heated debates time and again. Opponents have been trying to overturn the liberal rules for decades. Under the previous President Donald Trump, the Supreme Court moved significantly to the right. The Republican appointed Justices Neil Gorsuch, Brett Kavanaugh and Amy Coney Barrett during his tenure. They all voted to overturn abortion rights - along with Conservative Justices Clarence Thomas and Samuel Alito.

Chief Justice John Roberts made it clear that he did not want to restrict abortion rights to what is now drastic proportions. Justices Sonia Sotomayor and Elena Kagan and Justice Stephen Breyer voted against the decision. They are considered liberal. "After today, young women will grow up with fewer rights than their mothers and grandmothers had," she said in her dissenting opinion. The majority decided without considering what it meant to deprive women of the right to have an abortion.

But why did the court deal with the subject at all? The background is an abortion law from the state of Mississippi that prohibits almost all abortions after the 15th week of pregnancy - a law that was actually unconstitutional according to previous case law. The conservative-governed state had called on the Supreme Court to review the case. The fact that the court dealt with it at all had already been taken as a sign that Roe v. Wade could tip over.

The decision now provides for states to leave it up to the states to regulate their abortion laws. This is considered particularly drastic. Some states have already prepared laws that can come into force immediately if the previous case law is overturned - so-called trigger laws. It is primarily the arch-conservative states in the South and Midwest that want to ban abortion completely or almost completely. Liberal states like New York or California, on the other hand, have laws that expressly protect the right to abortion. Nothing is likely to change in these states for the time being.

For pregnant women, the decision means having to travel hundreds or even thousands of miles to reach an abortion clinic. Many cannot afford that. It is feared that more and more women will try to have an abortion themselves. At the beginning of May, US President Joe Biden's Democrats tried to enshrine the right to abortion in law - but failed in the Senate. The vote was primarily symbolic. With their slim majority, the Democrats cannot easily pass such a law. In addition, there was not even unity within their own ranks and Democratic Senator Joe Manchin voted with the Republicans.

The Democrats hope to mobilize the issue for the US elections in November. They argue that a clear majority can pass a law that enshrines the right to abortion in law. According to surveys, however, they are likely to lose their majority. The White House had already announced before the decision that it would now turn to Congress again. This attempt is also likely to fail due to the lack of a majority.

Only a minority of the US public polled in favor of Roe v. calf is tilted. According to the Gallup Institute, since the 1970s a majority has supported the right to abortion - with restrictions or under all circumstances.

Some states such as Texas had recently overturned it through a civil law detour. The law there prohibits all abortions once the fetal heartbeat has been determined. This can happen as early as the sixth week of pregnancy. What is unusual about the law is that it allows private individuals to take civil action against anyone who assists with an abortion. This legal trick also makes it particularly difficult to challenge the law in court. 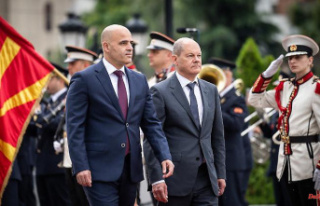 Bulgaria wants to give up blockade: EU dialogue with...