NATO Secretary General Stoltenberg welcomes the announced increase in the number of Bundeswehr troops in Lithuania in talks with Chancellor Scholz and Defense Minister Lambrecht. 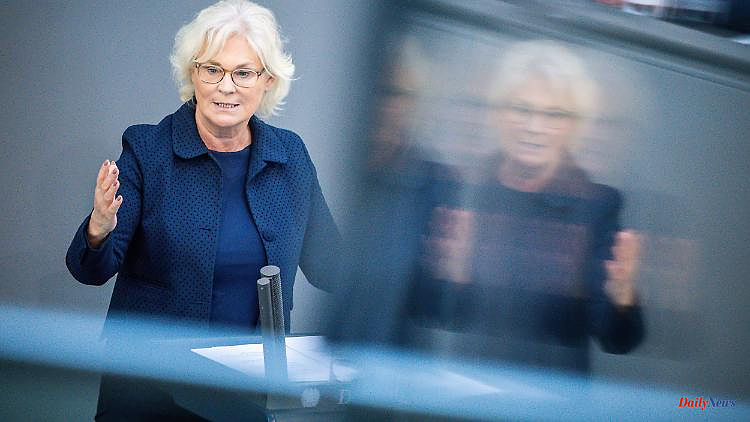 NATO Secretary General Stoltenberg welcomes the announced increase in the number of Bundeswehr troops in Lithuania in talks with Chancellor Scholz and Defense Minister Lambrecht. Before the NATO summit in Madrid, Germany sent a "great signal".

NATO Secretary General Jens Stoltenberg spoke with top representatives of the federal government about deterrence and defense measures on the eastern flank of the alliance. With its willingness to lead a multinational combat troops brigade in Lithuania near the Russian border, Germany is showing "exemplary leadership," Stoltenberg said after talks with SPD Chancellor Olaf Scholz and SPD Defense Minister Christine Lambrecht.

The focus of the consultations was the threat situation after the Russian invasion of Ukraine. According to his spokesman, Scholz reaffirmed the will of the federal government to make an appropriate contribution to NATO's protection mandate. After her meeting with Stoltenberg, Minister Lambrecht said: "We want to strengthen our presence on the eastern flank."

Stoltenberg had actually wanted to come to Berlin personally. Because the Secretary General had shingles, the talks took place via video conference. The consultations served in particular to prepare for the NATO summit in Madrid at the end of the month. There, the alliance says it wants to take "further steps to significantly strengthen defense and deterrence."

According to NATO information, Stoltenberg thanked the Chancellor "for his personal commitment to NATO and for Germany's significant contribution to NATO". The Secretary General also acknowledged "Germany's considerable support for Ukraine's sovereignty through military, economic and humanitarian aid".

According to the Federal Government, Stoltenberg informed the Chancellor about the status of the preparations for the summit: "The focus is on the considerations on updating the strategic concept of the alliance, on the necessary adjustments as a result of the Russian aggression against Ukraine and on the implementation of the NATO 2030 agenda ".

Scholz and Stoltenberg agreed that the summit should send out a signal of the alliance's determination and unity. The Federal Chancellor confirmed "that the summit resolutions must ensure that NATO can continue to carry out its core mission - the collective protection of the Euro-Atlantic region - reliably and successfully in the next decade," emphasized Scholz's spokesman Steffen Hebestreit.

With a view to the German contribution, Scholz explained the decision to set up the 100 billion euro special fund to strengthen the Bundeswehr. Stoltenberg thanked Germany again for the planned strengthening of the Bundeswehr. According to NATO information, he spoke of "historic investments in defense". This is a "great signal to the other allies". 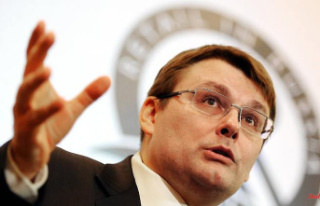