When an armed mob stormed the Washington legislature to ensure that Donald Trump can remain president, Trump is not appalled by his supporters. 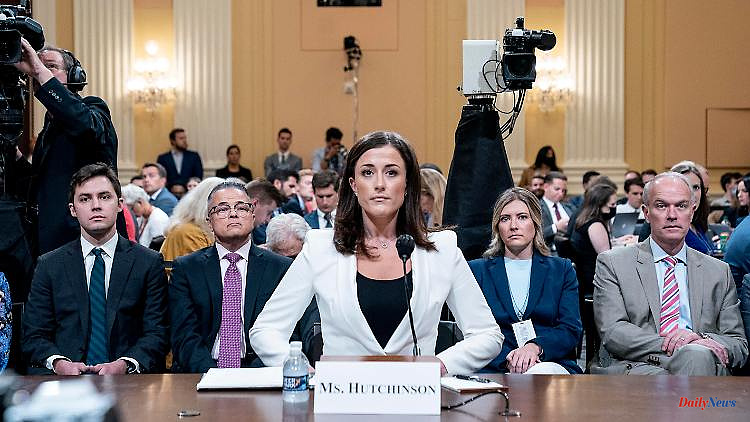 When an armed mob stormed the Washington legislature to ensure that Donald Trump can remain president, Trump is not appalled by his supporters. On the contrary. He wanted to go to them. Cassidy Hutchinson's testimony weighs heavily on the ex-president.

This hearing came as a surprise, and it was explosive. With just over 24 hours in advance, the US House of Representatives committee investigating the storming of the Capitol on January 6, 2021 convened a special session. Who would testify there initially remained a secret. When the hearing was over, the only voices among reporters in the Capitol corridors in Washington said: Now they must impeach Donald Trump.

The witness: Cassidy Hutchinson. The 25-year-old has never had a big name in Washington - since yesterday she has been known all over the USA. When she enters the hearing room, the journalists stop the small talk, the cameras click every second. Hutchinson walks to her chair without glancing left or right. If her heart beats faster with excitement, you don't see it. She appears composed and prepared. With a confident voice, she says what is causing the political world in Washington to tremble.

At the time, Cassidy Hutchinson was on the staff of Mark Meadows, Trump's last White House chief of staff. Her office was only a few yards from the Oval Office - five seconds, she says. This is also shown by an animation that the committee demonstratively plays in order to underline for everyone how close the witness was to Trump.

Before the day of the Capitol storm, her boss, Mark Meadows, told her it would be "really, really bad on January 6th." Which he should be right about. In her statements, Hutchinson makes it clear that the White House knew that the people who came to Trump's rally on January 6 were armed and that their weapons had even been confiscated beforehand. Trump's statement was that he didn't care, after all, people weren't here to hurt him. The "effing metal detectors should finally be put away" to make it easier for people to get onto the premises, he said - Hutchinson says "effing" to shorten an F curse that Trump apparently used more often in his tantrums. According to Hutchinson, the fact that the Capitol Police were not prepared for such an onslaught was also well known in the White House.

On January 6, 2021, Donald Trump wanted to make a big appearance at a rally for his fans. He had just lost the election but didn't want to admit it and was now looking for ways to remain president anyway. He pressured officials, lied about his alleged victory being "stolen" from him, and called on protesters to march to the Capitol, where Democrat Joe Biden's victory was just officially confirmed. After his speech he wanted to go to the Capitol himself. The Secret Service refused for security reasons. Hutchinson reports an incident in the President's armored official car, the "Beast". Trump, her employees said, angrily tried to grab the steering wheel. He foamed: "I'm the effing president, take me to the Capitol!" His head of security replied that that was not possible, they were going back to the White House. As we now know, Trump then sat there and watched the storming of the Capitol on television.

While her testimony is still running, Trump reacts on his own social network. He hardly knows her, but only hears bad things about her, writes the 76-year-old in his usual tone.

Everything about these interrogations by the committee of inquiry makes it clear that Trump was, and apparently still is, an angry man who cannot accept the truth. Hutchinson reports that when Trump read that his Attorney General William Barr said there was no evidence of voter fraud, Trump angrily threw his lunch at the wall. When she then entered the room, ketchup was still running down the wall.

Not only did the White House know how dangerous January 6 could be - the President never pulled the ripcord to de-escalate. It was only when the violence at the Capitol was raging that he was persuaded to make a tight-lipped video in which he praised his followers for being "special people" and asked them to go home now anyway. All of this leads many to conclude: now Trump must be impeached.

But an accusation is also dangerous. If it fails, Trump has another acquittal, after the failed impeachment, the impeachment process. His followers could glorify him even more, along the lines of: Look, he's innocent, we've always told you so.

With her statement, Cassidy Hutchinson has increased the pressure on other former Trump employees to speak out, including her former boss, Mark Meadows. She has shown great courage in taking the step to speak so openly about her view of the events surrounding January 6th. She was disgusted by what happened that day. "We watched the Capitol being defaced because of a lie." The 25-year-old is now under police protection.

The committee chair, Democratic MP Bennie Thompson, closes the session with his statement. Anyone who should have an idea after this day, who has found their memory again or who wants to correct a statement - the committee is always ready, "the doors are open". 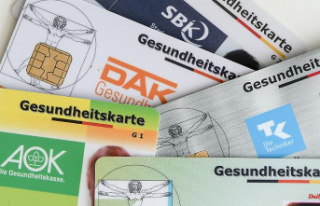