The tanks in the Ukraine will soon no longer be operational, write the FDP politician Strack-Zimmermann and the Green Hofreiter in a joint article for ntv. 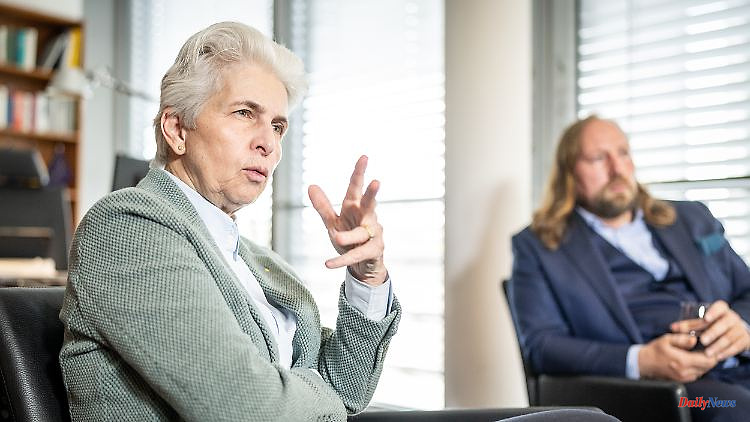 The tanks in the Ukraine will soon no longer be operational, write the FDP politician Strack-Zimmermann and the Green Hofreiter in a joint article for ntv.de. "We should start training Ukrainian soldiers in Germany now on the Marder and especially on the Leopard 2."

A year is behind us in which the horror of war has returned to Europe. Russia has attacked its neighbor and since February 24 has been waging a relentless war of aggression that violates international law and deliberately includes targeted terror against the Ukrainian civilian population. In Western Europe and also here in Germany, it took some time before the right answers were given.

In April of this year, together with our colleague Michael Roth, we got an idea of ​​the situation and met members of the Ukrainian parliament, the Verkhovna Rada, in Lviv in western Ukraine. It was important to us that people in Germany understood how urgently Germany's action is and that Ukraine needs heavy weapons in addition to humanitarian and economic aid to defend itself.

A lot has happened since then, and during our visits to Kyiv in October and November, we both could feel the gratitude of the Ukrainian side, even if we didn't travel together this time: for the supplied Iris-T SLM air defense system, which helps protect Ukrainian cities from Russian ones to protect against cruise missiles, for the Gepard anti-aircraft gun tank, which played an important role in the counter-offensive in the Kharkiv region, for the Panzerhaubitze 2000. The situation in Ukraine is actually different from that in the spring. With the help of Western arms supplies, the Ukrainian army has been able to recapture more than half of the territory occupied since February 24.

Nevertheless, these military successes must not blind us to reality. The worst thing we can do now is to be content with what we have done so far. Russia is terrorizing Ukrainian civilians by systematically destroying the energy infrastructure in the neighboring country. Millions of people are without heating, water and electricity and the coldest two months are yet to come in Ukraine.

These airstrikes are not only aimed at demoralizing people. The Russian army wants to gain time. The Ministry of Defense in Kyiv is firmly assuming that Russia will launch a new offensive by spring at the latest. Russia has not given up any of its war aims. They are therefore preparing for another attempt to take the Ukrainian capital. Over 200,000 new Russian recruits will soon be trained and operational.

That's why Ukraine doesn't just need more anti-aircraft defenses. Above all, it also needs armored vehicles. Specifically, it is about troop carriers, armored personnel carriers and battle tanks. For two reasons, the ring exchange will no longer help us. Firstly, the European states have now handed over almost all Soviet-designed armored personnel carriers and main battle tanks to the Ukraine. Second, Ukraine is running out of ammunition. Russia has almost destroyed the Ukrainian armaments industry, while at the same time the NATO countries produce only very small quantities of the 125mm caliber ammunition needed for Soviet-designed tanks. Even if Ukraine continues to capture Russian T-72 main battle tanks, it will soon be unable to use them for lack of ammunition.

In order to be able to withstand Russian aggression, Ukraine will sooner or later need even more western weapon systems. We should therefore start training Ukrainian soldiers on the "Marder" and especially on the "Leopard 2" in Germany now. The "Leopard 2" is the most widespread battle tank in Europe, there are around 2000 units in twelve European countries. Together with our European partners, we can provide Ukraine with a sufficient number and at the same time would be able to service them in Poland and Slovakia. It has already made it clear several times that the US government also supports such a decision.

Even if we all wish that the coming year will be a better, more peaceful one, it is our job as responsible politicians to prepare for the worst. Too often in the recent past we have turned a blind eye to the all too obvious dangers. Rather, we must now make the right decisions so that Russian imperialism does not succeed and Ukraine wins the war. 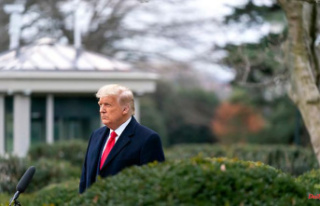